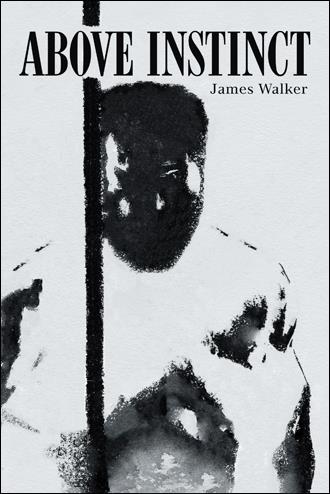 “The First God stepped forward, and in his footprint, our universe began. As the print reflects its maker, in time, his impression filled our universe with new gods, and turned the inanimate into life, and brought man and animal up from the soil.
“Into this divine world we came, too fragile to master it, too simple to understand it. We feel divinity in our minds and see it in nature, but we can never understand the gods, nor see our world truly. We feel something greater in our existence, despite how easily living breaks and kills us.
“In this world there is death and suffering, for we are mortals in a divine world. But by surviving we become stronger, more godlike, and beget stronger generations. You must survive and grow and father, and one day, our descendants will greet the gods as equals.”

- A father to his two sons.

The Winter God was weakening; his bitterness gradually retreating under brightening and clearing skies. Occasional snowfall glided overhead, but the blizzards and snowstorms slept, persuading Follows that travel was safe.
Winter’s imprisonment had made him restless. Without conversation or much activity, his own company had grown increasingly difficult. Finally, desperate to escape the overfamiliar surroundings, and encouraged by the warming winds, he left his winter caves.
Under weak sunlight he sprang across thinning snows, discarding the stresses of confinement, optimistic and thoughtful. He walked under evergreens heavy with snowfall, watching the waking world. He saw herds of deer traverse the horizon, warm silhouettes against the sky, dawdling and lazy. He watched great snowy plains churned by countless bison, and a lone bear wander searchingly across empty white land. Deprived of much stimulation for a season, each sight was captivating.
The sun arced across the sky as he crossed mountain and valley, each covered horizon further reviving his spirit. When the Sun God retired to rest, and the Night God swept clear the heavens, he settled amongst his furs, his mood lifted, tired eyes watching the stars, until dreams replaced thoughts. When he woke, he beat on: navigating, hunting, and sheltering. Days and nights passed gently overhead, the weather kind, his wandering and hunting relaxed and easy.
One morning, Follows strode onto a ridge, enjoying the strengthening sun, calm and reflective. But alarm stopped him, silhouetting him against the winter sky overlooking a snowy plain below. He stared across the silent, snow–laden lowland, at the two men watching him. Follows remained still, encountering other humans a sobering rarity. Stiffened by his intrusion into their territory, the men inspected him indecisively, afflicted with the responsibility of challenging him, but hesitant to risk the confrontation.
Three hundred paces separated the men, all attempting to interpret each other’s intentions. Snowflakes whisked on gentle winds between the men, their flight unnoticed and surroundings severe. No birdsong or movement disturbed the tension, the uncomfortable quiet reigned unchallenged, infecting Follows with nervousness.
Burying his unease, Follows studied the men. One had seen about sixteen winters, his beard thin and broadness youthful. The other man was older, his beard thick, his body strong and dangerous.
He knew the two men were in a difficult situation, they could not allow him to leave without risking their safety. His presence left them susceptible to his ambushes and raids, and their tracks informed Follows of their movements, which could lead him to their camp. Yet a direct assault, despite their outnumbering him, was a dangerous commitment – he was a fully grown male and potentially lethal.
Follows’ fear was diluted by two summers and two winters without human contact. Where there were men, there were usually women, and that mere thought was weakening. His desire twisted his stomach and clouded his mind, deterring him from fleeing the area. These men stood between him and a partner; if he could kill them and locate their women, he could end his loneliness.
He tried to ignore the longing threatening his judgement so he could concentrate on forming a plan. He could not directly attack the men: outnumbered, his survival was unlikely, in open ground, he was too vulnerable. Attempting to befriend the men risked their temperament, and their reaction was too unpredictable to chance. They would not speak his language, and they would not risk their lives attempting communication when killing him would ensure their survival. Only his death guaranteed them safety; in their situation, he would attack.
He had no choice but to withdraw and let them hunt him; and then hopefully he could gain an advantage in the woodland behind him. If he could ambush them, he would kill the older man first. He stepped backwards, watching the men. The older man disclosed nothing, but the younger man stepped slowly towards him. The laboured steps betrayed suppressed aggression – the men would pursue.
Follows backed out of sight behind the hill, then ran for the woodland. He sprinted into the wood, tearing amongst the trees looking for places that could lend him an advantage. He judged the men would now be in pursuit, committed to his killing.
He searched wildly for any opportunity to confuse them, frantically inspecting undergrowth, rocks, and hills, until finally an opportunity arose: a downed evergreen collapsed behind a series of closely-knit trees. He sprinted a hundred paces past it, then half–circled, now running parallel with his original route back towards the fallen fir. He threw himself behind the tree and dug himself into the snow. He focused, his senses tuned to the woodland, listening for his hunters.
He calmed his heavy breathing, buried his winter breaths in his furs, and tightly gripped his spear. He forced himself patient, fighting his shaking. He peered underneath the raised trunk, through its pine needles, at the path he had entered upon. His teeth clenched, the wait frustrated, his mind paced.

Above Instinct follows a lone Neolithic man through the ancient world’s violence and beauty as he searches for belonging and partnership. Bloodshed, winters, and hunger have steadily eroded his family and left him alone, but when his last family member dies, he hears of a peaceful and munificent group that could rescue him from loneliness and despair. Equipped with man’s resourcefulness, superstition, and aggression, he confronts man, animal, and nature, searching to end his isolation and hard existence. His own survival means conflict between man’s fundamental nature and wants, the desires and survival of others, and an indifferent and vicious early world.

James Walker is a chartered nuclear, mining, and mechanical engineer, and a former infantry and signals soldier, with various degrees in physics and engineering. He has worked on nuclear submarines, nuclear weapons and reactors, in construction and manufacturing, and now works in the mining industry. James was born in South Africa, grew up in England and Cyprus, and now resides in Canada.

Above Instinct was inspired from soldiering for protracted periods alone in the wilderness, and the symbiotic and anthropomorphic relationship that naturally develops with nature.