the seeds of self-destruction or SUCCESS 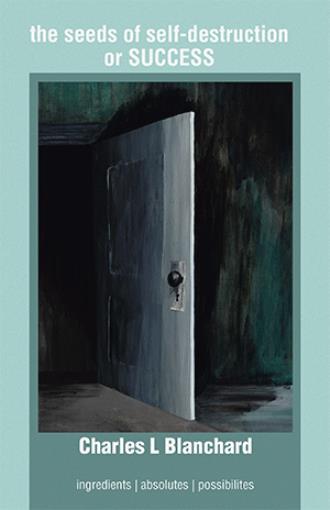 I woke up in the closet. It wasn’t a confused or disoriented awakening - stirring to find a reality I didn’t recognize. I chose to sleep there. Despite the limited ability to escape if needed, burrowing deep within the confines of those four walls felt somehow safe. Or as safe as I could feel in our house. For the first seven years of my life, my house was not a home. At least not in the conventional sense. Of course, what is conventional? We never truly know what happens behind the closed doors of others. And we certainly can’t claim to understand the intricacies of each person’s story behind those doors. What I can say for certain is that it’s very complicated. And my house was no different. So, I hid in the closet. It was the only place I could shelter myself from the wrath of my father. And as the beatings increased, so too did the time I spent there. Of course, being in the closet would become a poignantly familiar theme in my life - an irony that is not lost on me. And the fact that I was a “special” boy (a euphemism, to be sure) seemed only to fuel my father’s rage all the more. My house would eventually become a home, in as much as I would feel safe there. But that would require the extraction of my father. And many days and nights of fleeing, fear, and terror before that. Out of the dark reaches of that closet, who could have imagined a life full of successes and a sense of feeling settled? It seemed so far away then. So impossible. I didn’t know to whom I could go to disclose the physical beatings and abuse administered by my father. I couldn’t imagine any adult would ever believe a three-year-old saying that he and his mother were being attacked, physically injured, and beaten by the man who was supposed to be his father and her husband. You see, at that time, I needed to avoid the shame and the ever-present and unpredictable lurch of physical pain. I had to keep it all a secret. To make some sense of this dangerous person in my house, I turned to the Warner Brothers and their “Looney Tunes.” More specifically, the Tasmanian Devil. “Taz” was billed as an unpredictable life force which destroyed anything and everything within its path. From my perspective, the Tasmanian devil was very much the “less than kind” biological father I knew. Thus, I began to refer to him - at least behind his back - as Taz. It was a well-deserved title. And it helped me make sense of the madness in my house. ******* While an environment dominated by peace, warmth and light nurtures growth, there’s something to be said for the chaos and darkness that dominated the first thirteen years of my life. In fact, I’m quite certain they are largely responsible for my becoming a priest. Because, you see, to escape such torture, I needed to run. And it was to the stability and security of the Roman Catholic Church that I ran. I’d like to say that I never looked back, but I would have to. Eventually. ******* Here’s the big question to consider - How do you rise above a chronic and potentially debilitating condition? You go beyond yourself; you write and share, you affirm life. That’s what I’m doing here. In 1996, I was diagnosed with Multiple Sclerosis. And I’ll tell you, being chronically ill has been no picnic. No matter who you are, when it happens to you, your life changes dramatically. The clarion call for adaptive and/or maladaptive responses ensures positivity. Think about it, in the archaic sense of the word, receiving a diagnosis of a chronic illness challenges one’s stability, life’s certainty, and is a potentially humiliating experience where you become acutely aware of life’s limitations and the fragility of the human body. You must severely ration your time, treasures, and talents. ******* CHALLENGED BY LIFE'S PROUD WAVES, may "the seeds of self-destruction or SUCCESS" serve as common ground through which all people collectively walk together to challenge, inspire, and nurture the mind, body, and spirit.

CHALLENGED BY LIFE'S PROUD WAVES, may "the seeds of self-destruction or SUCCESS" serve as common ground through which all people collectively walk together to challenge, inspire, and nurture the mind, body, and spirit. Born into the world, beyond his control, spoon feed Charles the ingredients of life, cooking up an explosive recipe for self-destruction or success! "Out of the dark reaches of that closet, who could have imagined a life full of successes and a sense of feeling settled? It seemed so far away then. So impossible." "While an environment dominated by peace, warmth and light nurtures growth, there’s something to be said for the chaos and darkness that dominated the first thirteen years of my life." "Here’s the big question to consider - How do you rise above a chronic and potentially debilitating condition?" “New-Found Friends” walking life’s journey "Who are your trusted ANGELs?"

Father Charles Blanchard is an Old Catholic priest, a wisdom guide, and along with Father Harry Posner, Jr. is a founder of Christ the Good Shepherd Old Catholic Church. WHERE THERE ARE BARRIERS, YOU AND I WILL INDEED SURMOUNT! has been Father Charles’ modus operandi throughout his years in seminary (1979-1991), career within psychiatry (1991-99) and most recently within the pharmaceutical industry (1996-2011) which prematurely ended due to his “Little Friend” called Multiple Sclerosis. Born in Flint, Michigan, Father Charles, who felt called to the priesthood ever since Saint Mary’s Elementary School, engaged in the following educational pursuits: • Divine Word College (1983-1987) earning a Bachelor of Arts in Philosophy and a Minor in Cross-Cultural Studies. • Nanzan University (1985-86) completing a Junior Year Abroad Program in Japanese Culture and Language Certificate. • St Mary’s Hospital (1989-90), earning a Clinical Pastoral Education Certificate. • Sacred Heart Major Seminary (1990-1991) pursuing a Master’s in Divinity Degree. • Eastern Michigan University (1994-1998) earning a Master’s in Social Work with concentration in Mental Illness and Chemical Dependency. Today, despite life’s challenges, Father Charles finds priestly ministry rewarding whereby he engages the marginalized, disenfranchised, and oppressed. He is multi-lingual speaking Japanese, German, Latin, Spanish and English; appreciates cultural diversity; and espouses a firm belief in the empowerment model, meeting people where they are in life, suspending personal judgment and seeing the world from her/his vantage point. Through prayer, discernment, and God’s unfailing Grace, Father Charles and his husband journeyed forward, completed their seminary studies, founded Christ the Good Shepherd Old Catholic Church on May 12, 2013, and began the invitation of Peace and Love to all God’s people. May “the seeds of self-destruction or SUCCESS” serve as common ground through which we collectively walk together to challenge, inspire, and nurture the mind, body, and spirit.