A Town where heaven and hell collide 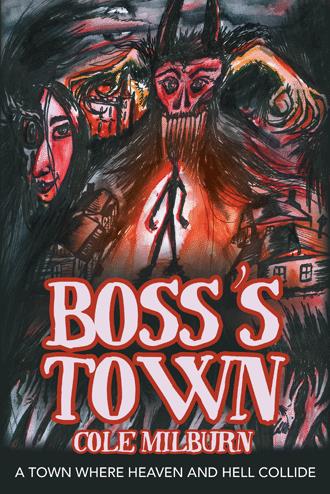 Boss's town is a look at the other side of evil. It stares into the dark depths of the human condition and what people are capable of doing when having power and being isolated. The book debunks the concept that 'grass is greener on the other side of the fence'. It explores how people can change depending on the surroundings and the others they have live around. The protagonist is a person whom the reader can connect at first, but later starts to become distant as he changes with the times.

It is January 2023 and the world is still recovering from a devastating global pandemic when Joe Boyd, a former expatriate who has recently returned to New Zealand, decides to explore his native country. After embarking on a road trip into the rugged wilderness of the South Island, Joe ignores a sign indicating danger ahead and soon encounters Luciville, a mysterious, off-the-grid town in the middle of nowhere.

After he is greeted by the residents and their leader, Joe decides to stay and create a new future. In the beginning, he is rewarded with a house, car, money, gifts, and immortality in exchange for surrendering his existence in the real world. Although it initially appears to be an ideal lifestyle, Joe ultimately discovers there are prices to pay for his decision as his options grow scarce. Just as he learns the town’s inhabitants all have dark pasts, unsavory character traits, and vices, mayhem breaks out after a surprising revelation is revealed about Luciville’s leader. Has Joe unwittingly entered hell on Earth and, if so, is there any way to escape?

In this suspenseful tale, a man exploring the New Zealand wilderness is welcomed into a mysterious remote town where nothing is as it seems.

Cole Milburn grew up in Nelson City, New Zealand, He is a registered nurse who has lived in Japan, Korea, and other parts of East Asia for over seventeen years. Boss’s Town is his debut novel.