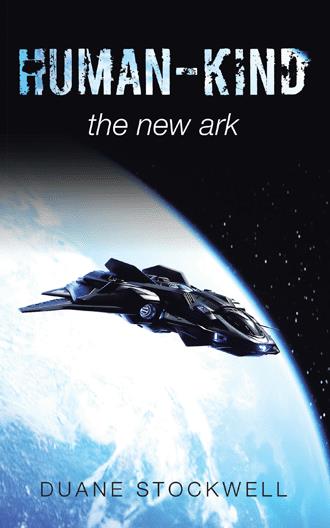 The man asked, “Is one of you, Johnathan Edgar Locke?”
John said cautiously, “I am.”
“Would you please come with me, sir? We have a matter of utmost importance,” the man said.
John looked over at Charlie and said, “Charlie, would you go with him?”
Charlie thought for a second and said, “Well, he doesn’t seem to be particularly dangerous, nor does he appear to be armed. But more importantly, he didn’t ask me.”
John thought about what Charlie said and decided to go with the man. It would at least provide a diversion in an otherwise dull day.
As he approached the car, he realized there was a third party still in the back.
A woman had remained in the back still, and she offered him a seat which he accepted. She was stunning. She had long ebony-colored hair that flowed past her shoulders like a waterfall. Her eyes were a deep brown of the type one could lose themselves in. He could not see much of her body, but he could tell she was fit and slender. She was also tall for a woman. She spoke to him.
“Do you have any pressing business, Mr. Locke?”
“Not right now,” he responded, knowing perfectly well that he had absolutely nothing to do. “I have a better question. Two, in fact: One, how do you know my name? And Two, who are you?”
“Believe me, Mr. Locke, the answer to both those questions will not create any answers for you. However, I can help you in many ways. If only you would do two things. First, allow me to help you, and, second, allow you to help yourself.”
“My grandpa always told me not to do three things: sit with my back to the door, drink whiskey with anything but water, and get into contracts with people who won’t tell you who they are. So, I’m sorry, but I’ll have to refuse.”
“Oh, I don’t think so. You see, you’ve already been chosen. So, please sit back and relax.”
“Like hell, I will! I’m out of here.” With that, he tried to open the door and found he couldn’t. He also noticed a sudden change in the environment – in other words, he was being gassed. It was not long before he passed out, presumably along with the woman. He did not then have the time to think about how odd that was – gassing your own people. It would come to him later.
When he woke up, he was dizzy and unable to coordinate his muscles. Remembering back, he figured that must have been some gas. He wondered how the woman came out of it. Maybe he’d have to ask somebody about it just as soon as he could get his body under control.
Speaking of which, he was already starting to feel better. Maybe he wouldn’t have to wait so long to talk to people as he initially thought. It was then that the woman entered the room looking as though nothing had happened.
“I see you’re looking chipper,” he said.
“Yes. Whereas you don’t look much like what was in the car.”
John noticed then that he had been washed and shaved. Quite nicely, too.
“Sorry, my valet has been taking liberties today. But I’m wondering how you can be so pristine after going through the same process I went through.”
“If you’re referring to the gas in the car, that is easy to explain. I was never there.”
“Well, I was talking to someone. Or was that just my imagination?”
“No, you didn’t imagine anything, but what you were talking to was only a projection of me. Like a hologram only with actual substance.”
“I don’t believe I’ve heard of that. Is that something new?”
“Oh, quite new. More so than you can imagine.”
“What does it involve?”
“I doubt I could explain it even if we had the time, which we don’t right now. It is quite complex and something I don’t fully understand myself.”
“Sounds like magic and voodoo to me. Oh well, guess I’ll have to go along being half-blind.”
“Eventually, there will be time for explanations. Just not right this minute. Do you think you could walk?
“Maybe, if we head toward a cafeteria or something first. I’m starving.”
“No problem. We’ll stop along the way. Now, are you ready?”
“Sure, I feel pretty good.”
“Then, follow me.” With that, she left the room. He hesitated for a moment, then followed her. She led him down a long corridor and stopped at a cafeteria-like room so John could get some fast food. She then had him bring it with him to another room on the other end of the corridor.
He couldn’t believe what he was seeing. Despite his years of military service, this was undoubtedly the most pervasive array of computer and intelligence equipment he had ever seen. There were also several well-armed military types guarding this array. He could not even get in the same room with them yet. He had no credentials of his own, and this wasn’t a place where you get by without them. He waited in the corridor until the lady told the guard it was alright for him to enter. On his way through the door, he was scanned by a device he had never seen before. It was pretty bright and quick. It was strange that it would scan him while he was moving. What kind of output was it going to produce?
When he caught up with the lady (he really wanted to ask her what her name was), he asked her, “What was that all about?”
She told him as simply as though she had told him his hair color, “You were projected.”
“That’s all it takes?”
“That’s all it takes.”
“Where did this stuff come from?”
“I will eventually answer all of your questions. Again, just follow me.”

John Locke is a homeless veteran. A former Navy SEAL, John has many problems, but they're about to get a lot worse. When a lady in an SUV offers him a job, he has no idea of the world she is opening up for him. Such a truly large world.

DUANE STOCKWELL IS A NEW AUTHOR BUT ONE WHO HAS THE SAME HARD SCIENCE BACKGROUND AS MANY OF THE BEST SCIENCE FICTION AUTHORS. WHILE HE MAY ONLY HAVE BEEN WRITING BOOKS FOR 1 YEAR, HE HAS BEEN STUDYING TO DO SO FOR MORE THAN 50 YEARS!