How My Walk with Christ Helped Me Overcome Abuse 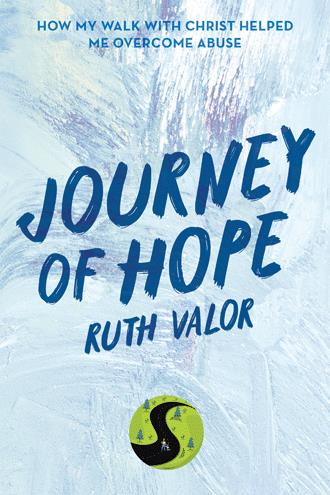 When author Ruth Valor was just three years old, a male and female babysitter, friends of the family, sexually abused her. Shortly thereafter, a family member did as well. The aftermath of abuse led her down a road of pain and she experienced a far-reaching disconnectedness in relationships. In Journey of Hope, she shares her story, helping others who have been subjected to one of the five forms of abuse throughout their life. Valor tells how, through her relationship with Christ, she realized she had to work on herself and hope for a better future. She chose to walk through an extensive healing process by making a commitment for the rest of her life to focus on the little girl inside of her—and for the adult, too. By doing so, she became saved, and she made Jesus her Lord and savior. Journey of Hope offers insights into Valor’s life as an abused child and as an overcomer of abuse. She communicates that a relationship with God became an integral part of her healing and wellness.

Ruth Valor grew up on the South Side of Chicago, and resides in Florida. She is an overcomer of abuse, and the author of her Memoir Journey Of Hope. Ruth is also the Founder and President of her organization, and Ministry Journey Of Hope, Inc. Journey of Hope is a nonprofit organization spreading awareness about the five major forms of abuse affecting many Americans. JOH strives to bring hope and restoration through life studies and support programs to victims as well as abusers. The only way to limit the ongoing cycle of abuse is to educate the abusers on its destruction and make them part of a solution.