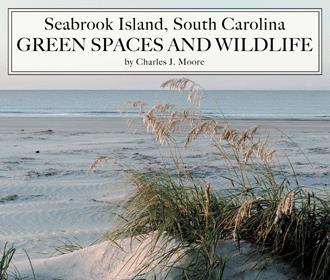 The survival of all wild things depends on their ability to find suitable food and habitat. Seabrook Island is blessed with a healthy wildlife community of whitetail deer (including the uniquely colored piebald deer), bobcats, raccoons, alligators, opossums, foxes, turtles, dolphins and over 130 species of birds.

Seabrook Island is extremely important to some animals. Each year thousands of Red Knots descend on the beached as they make their epic annual migration from the tip of South America to the Artic. These birds and many others, such as the endangered Piping Plover, find both feeding and resting grounds here. Other birds such as the Great Egret require a particular set of conditions to establish a roosting or nesting colony, or they must move elsewhere.

Seabrook Island, South Carolina, has lush vegetation, natural beauty, and abundant and diverse wildlife. These features are no accident but are instead the result of the vision of the original developers, with the establishment of strong environmental covenants and continued environmental stewardship by its residents.

Traveling the South Carolina coastal area for twenty-eight years and living for fifteen years in the small coastal community of Seabrook Island, author Charles J. Moore came to understand the importance of green spaces for wildlife survival. He has used his lifelong love of photography to convey the natural beauty and abundance of wildlife of Seabrook Island. The mission of the Seabrook Island Green Space Conservancy is to preserve and enhance the natural environment on Seabrook Island through acquisition of land and land easements, through education on environmental topics, and through advocacy of conservation issues

This photographic essay shares the natural beauty and wildlife of coastal South Carolina, emphasizing the importance of managing and maintaining the habitat for all wild things.

I grew up on a small farm in central Kentucky and have always had an interest in both nature and photography. As a marine biologist with the South Carolina Department of Natural Resources, I had the opportunity over more than 28 years to become quite familiar with coastal South Carolina. Seabrook Island, with its unsurpassed natural beauty and its abundant and diverse wildlife, was an easy choice for my retirement in 2005. Over the past 14 years Seabrook Island has continued each year to support more residents, with the inevitable loss of more of its green spaces and critical wildlife habitats. It is only through the efforts of our dedicated residents who have provided their time, talent, and money in the past, and, hopefully, in the future that Seabrook Island will remain green and provide for its abundant wildlife.