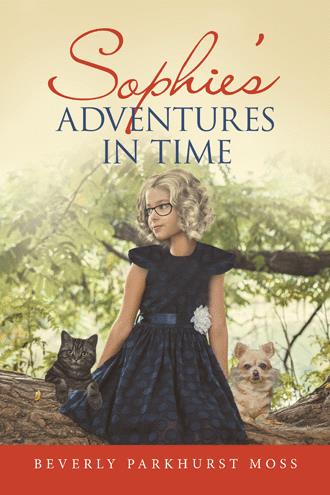 Sophie’s story begins when she is an eight-year old girl who lives in Dallas, Texas, with her mother and father, a soldier serving in Afghanistan. One evening, Sophie gets into a fight with her mother and tells her she hates her. The next morning her mother has vanished. Weeks later, her father’s helicopter is shot down, and he too is missing. For years Sophie is forced to live with her mean Aunt Rose, but thankfully, when she is twelve years old, her father is found. When he recovers he starts a travel magazine which results in him, Sophie and her pets traveling all over Texas visiting small towns. While checking into a hotel in Salado, Texas, Sophie spots a strange little animal in an ancient tree in the courtyard. Along with her new friend Presley, she sneaks out in the middle of the night intent on catching the creature. Just when they think they have caught it, they fall. When they wake up they are in prehistoric Texas with no way of getting back to their own time. Because Sophie never gives up on finding her mother, she and Presley climb the tree again and this time when they fall, they end up in the 1800s where they meet an assortment of characters, some good and some bad.

Beverly Parkhurst Moss fell into publishing in the 70s when she created a human interest magazine that became an insert in a major newspaper. Since then, she has written biographies, a sales book, and Dark Exodus: The Lost Girls of Sudan. She is a grandmother and known as the family storyteller.