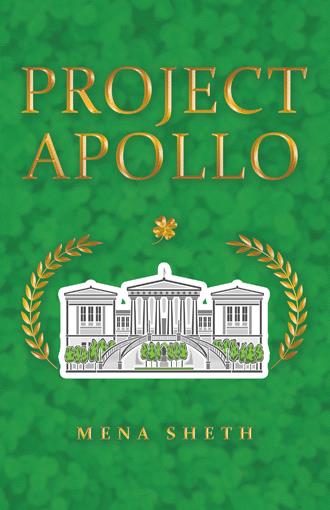 Gale heard a voice, whispering urgently. "She's the one." A young boy sat down next to Gale. She looked into his bright blue eyes and felt a sharp prick –
Beep! Beep! Beep! Gale reflexively whacked the clock on the nightstand, silencing the alarm. Her heart was pounding. A sliver of sunlight fell across her face from between the heavy curtains.
Gale heard her father snoring and her mother singing in the shower, and remembered she was in a hotel room in Boston. For the opportunity of a lifetime – supposedly. She swung her legs over the side of the bed.
Three weeks ago, she had gotten off her school bus and found her parents excitedly talking in the kitchen. The Cape Cod Times had announced an upcoming competition in Boston for middle schoolers. And apparently it was a big deal.
Gale had just finished seventh grade and frankly, she was glad that middle school was almost over. She got good grades and played lacrosse for the school's team, but she mostly stayed under the radar. She knew she was different from everyone else.
All her life, Gale had a recurring dream that felt too real – like a vision. Or a memory. But that wasn't the only reason she felt a chasm between herself and everyone else. She had a secret she had not told anyone, not even her parents. She had discovered her secret ability a few years earlier, when her younger brother had fallen while climbing a tree.
Gale had been down the street when she heard a scream. She raced back to her house and found Deven in the backyard, his arm twisted at an unnatural angle and clearly broken. Gale instinctively knelt and held his arm, feeling the tingling in her hands as tissue reconnected and bone fused back together. By the time her parents found them, Gale had healed Deven's fracture, and he was just whimpering from the shock of the fall.
Gale had healed a few other people since that day, including a bicyclist. She thought she had quickly healed him without anyone knowing. So when she found an article about it in the newspaper on her doorstep, she threw it away before her parents read it.
Gale didn't want anyone at school to find out her secret either. They wouldn't understand – she didn't understand it herself.
So, when her parents asked if she wanted to enter a competition to win a scholarship to the Pandora School for the Gifted, which would mean a lot of pressure, having a whole new set of kids to try to fit in with, and possibly revealing her secret, she wasn't too excited. "Do I have a choice?" she finally asked.
"Well," her mother had said, tucking a wisp of Gale's dark brown hair behind her ear, "this school is supposed to be pretty amazing. Why don't you just try? If they offer you a spot, then you can decide if you want to accept."
Gale already knew a lot about the Pandora School. Everyone did. It was a prestigious academy in Boston for middle school through high school students. Admission was nearly impossible. Graduates of Pandora went on to attend elite universities. And the families always donated back to the school.
Gale agreed to think about it. Finally, after three weeks and many hours of family research, she found herself waking up in a hotel in downtown Boston. She threw on her best pair of jeans and a clean t-shirt, yanked a hairbrush through her hair and grabbed her backpack. As she and her father walked out the door, she wondered what she was getting herself into.

In Project Apollo, thirteen-year-old Gale tries to fit into middle school, but she is different from everyone else and she knows it. She has a secret ability that she hasn’t told anyone about - she can heal with her touch. Gale and four other “special” kids win scholarships to the prestigious Pandora School for the Gifted. But instead of facing algebra and history, they face dangers they never expected. Just as Gale and her new friends are settling into their new school, their enemies surface. The question becomes, how can the kids take down a group that will stop at nothing to claim control over them and their powers?

Mena Sheth is in eighth grade. She began writing Project Apollo at the start of the Covid-19 pandemic, when schools were closed and she needed an outlet for her imagination. Project Apollo grew from a small idea, to a short story, to a full-length novel. Mena enjoys swimming, lacrosse, and reading. She lives in Concord, Massachusetts, with her family and dog.