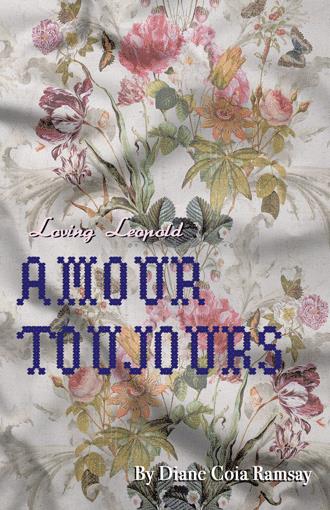 Amalie finally made her way to Blanche and Cordelia’s room. She had been bursting to tell them all her news and also to hear theirs, and there she found Henrietta, Annabelle, Judith and even Bridgette all drinking tea and coffee and sharing their gossip. Blanche moved over and patted the seat beside her. “What kept you Amie? Is my brother up to his old tricks?” Amalie rolled her eyes, “First I received a lecture about Dolores and Malcolm and then he wouldn’t let me leave until…” Blanche said, “Okay, we can stop you there. Bridgette has filled us in on the goings on which includes Lydia Sutton and my poor brother desperately searching for you at midnight! Amie, what would he want with that old sow, when he has his beautiful French siren? We want to hear more about your suffragist friends, most especially the artist, Imogen Armstrong. When is she coming?” Amalie responded casually, “In a couple days after you’ve settled in. Leo has commissioned two paintings of me, one of them in the nude. Isn’t that exciting?” As Bridgette responded, “I didn’t tell them that part,” everyone regarded her, shocked, and Henrietta looked as if she needed smelling salts. Amalie started laughing, “Lady Agatha is in full agreement and the nude will be in Leo’s private quarters.” And then she continued, even although her companions were sitting in shocked silence. “Annabelle, Harvey is so very charming and he so obviously adores you. Oh and Dolores, those ringlets? Leo “commanded” me to be nice to her. I swear Blanche, sometimes your brother treats me like such a child!” Blanche exclaimed, “Amie, dearest, how Cordelia and I have missed you! You are the most endearing screwball that we have ever known on both sides of the Atlantic. So are you going to be nice to the poor child? She must have been devastated to find you to be ‘the girl in the painting’. I do agree however those ringlets have to go, and as for the dress? We will make Malcolm cough up some money and give her a makeover at Harrods.” All agreed and left to change for dinner. Bridgette stayed behind and then Amalie asked her three best ladies in all seriousness, “Do you think Leo thinks she’s pretty. He said before that he hoped she was pretty. I don’t know why. Is that why he wants me to be nicer?” Cordelia responded, “Amie honey, you know darn well you are just fishing for compliments, and the flirting with Malcolm, maybe a little unkind? It seems he is still enamored with you.” Amalie couldn’t deny this and was saved from responding by a knock at the door followed by the entrance of Leopold, smiling happily and already dressed for dinner. When Blanche said, “I hope you haven’t been eavesdropping on us girls!” Her brother responded lightheartedly, “I know better than to do that sister dear. Bridgette, what do you think? Ringlets for your petite this evening? She has a bit of younger competition. Maybe I can be of assistance picking out a suitable frock?” Amalie gave him the meanest look in her repertoire of mean looks and chased him out the room and along the hallway. Blanche then asked Bridgette, “Those two, they’re doing okay? The baby Cosette, and everything? I swear she’s as jealous as him, maybe more so.” Bridgette responded before following her mistress to her bedroom. “I explained to the Monsieur his mistakes. He was talking of having Cosette painted when he had never done so for his wife. But then that night she went missing, he was so afraid and before they finally found her at Miss Armstrong’s flat, McBride said that he had never seen him so terrified. They both thought she had been attacked or worse, although neither said it. When she suddenly shouted down for him to ‘Go away’ he ran upstairs and carried her down screaming and shouting. She called him for everything that night, but he didn’t care. That’s love such as I’ll never know. That’s why they sometimes act like children. And it’s a beautiful thing. Never worry about them, unless one were to lose the other for neither could survive that.” Then Bridgette brightened, “But enough from me. Now I must see to ma petite’s ensemble before the Monsieur thinks of doing so again.”

It is 1904 and Leopold and Amalie Blakeley have been happily married for six years. After a brutal winter, they are once again delighted to return to their country retreat. On this occasion, the Blakeleys are bringing along newlyweds, Annabelle March and her husband, Harvey Havemeyer. Malcolm McFadden, still nurturing an undying love for Amalie, is also returning with his new bride, Dolores. When an unexpected visitor arrives from Spain with malicious intent and a woman from Leopold’s past suddenly reappears to spark Amalie’s jealousy and his profound embarrassment, the summer becomes overshadowed by drama and intrigue. As McFadden, Blanche, and Cordelia become involved in the couple’s latest adventures, along with Mr. and Mrs. March and Lady Agatha Pengallon, the ever-dependable Bridgette keeps everything running as smoothly as possible, despite Amalie’s various schemes and revelations. Amid the setting of a changing world and the enduring passion between Leopold and Amalie, many mysteries are discovered and finally resolved. In this exciting conclusion of the Loving Leopold trilogy, the summer of 1904 brings turbulence and unexpected intrigue into the lives of Leopold and Amalie Blakeley.

Diane Coia-Ramsay spent her formative years in the United Kingdom while nurturing a great love of history, particularly Victorian and Edwardian romance. She now resides in the United States. Loving Leopold: Amour Toujours is her third novel and the final installment in her Loving Leopold trilogy.