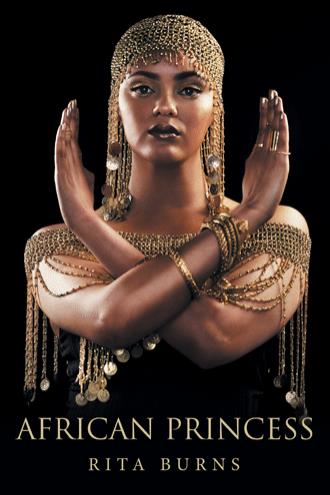 1851
Star of the West was an American civilian steamship and it was in 1851 that the first American steam fire engine is tested. On June 20, 1851 Joseph Lee Pittway boarded the massive steamship on a voyage from America to London and for some, the ship continued on to the continent of Africa. The noble ship’s passengers were emigrants leaving Europe and they were being offered a better life, they believed in America.

When Joseph Lee Pittway boarded the ship along with his wife, as a landowner from Gees Bend, Alabama, he expected to meet others in similar fashion to himself. Excited about the travel and accommodations, he could only fathom the way America was about to change. His travel to London had been solely to enjoy holiday with his wife, she was extremely distraught, so much had occurred at home. He believed it would be adventurous. There was so much talk about the big boats being powered by steam, but taking Celestine her maiden on the voyage was not as he expected.

As for the unruly lot they encountered, they were a range of characters, a motley crew from agriculturists to mechanics and immigrants that were looking for a brawl, and in need of a good bath. Unimpressed with Joseph’s land or wealth, the travel had been tense to say the least, which explained why the steam ships were leaving port weekly.

Arriving in Africa, the voyage started off, elegant and elaborate, the safari expeditious and illuminating, and then the adventure turned to become somewhat of a nightmare. Barely escaping the continent alive, Joseph Lee Pittway drew in a smoke from the cigar he held in his hand; his eyes closed, hoping once back in America, he could sort things out.

They had encountered the best and the worst that King Issa and his beautiful Queen Sara could offer them as guests in the palace. The whole thing had previously been discussed, and agreed upon her birth. It had been a very civil thing to do, but allowing Celestine to accompany them in this voyage—yet another mistake! What an utter mess his Misses, Penny Pittway had created, Ahh—and of that poor child!

Joseph was certain he’d never be able to sort it all out, the adoption, travel, slavery only to have them all return altogether! The utter chaos of it all!

With the South holding a pro-slavery identity, supporting slavery in the Western states, while the North largely held abolitionist views and opposed the Westward expansion. But, the steamships were making travel much easier than sails, yet surrounding continents and the way that he had to prove that he owned his own slaves was utter improbable chaos!

Now, years later and back at home, in Gees Bend, Alabama, Joseph forlorn stared out over the balcony at Sarita, her waist length auburn hair bouncing. Such a beauty, a tender age, only seven years old, the heiress, an African Princess…and already so much trouble. He sighed.

Ethiopian heiress SaRita Appiah hides within the palace chambers while her parents await their dear friends, the Pittway family, who have arrived in Africa on one of the first steamships to sail in 1852. While five-year-old SaRita hopes her dear friend, Nala, will visit the next day for a secret tea party, she becomes fascinated with all of the fabulous places she can become invisible while her parents entertain their American guests.

Five years later, life suddenly takes an unexpected turn, leaving SaRita to rise to incredible challenges that take her from Ethiopia to Peru and eventually the tiny town of Gee’s Bend, Alabama. It seems like only yesterday that she was tasting mandazi donuts and roasted apricot honey ice crème, and planning tea parties. As the Emancipation Proclamation is enacted, the Civil War begins, and her diverse experiences teach her valuable lessons, SaRita learns about her African American heritage, the art of quilting, and what royalty truly means as a chain of events unfolds that lead her to love, marriage, and new beginnings.

In this riveting historical saga, a young African princess endures monumental changes as her life journey takes her to America amid the Civil War era.

Rita Burns is a dedicated Christian wife, mother of three adult children, and grandmother. She is the author of two other novels, A Ribbon in the Sky and A Late Summer’s Breeze, as well as A Prescription for Hope, The Rainy Day Book, Always Be Selling, and several children’s books. Rita resides in Ohio with her husband and family.