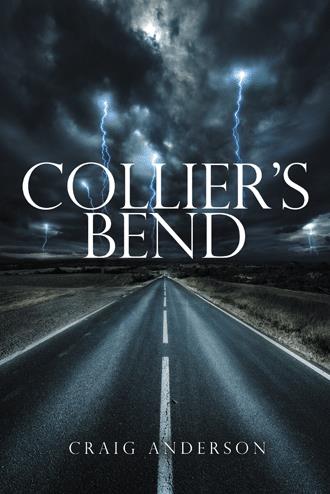 John slowly climbed the stairs to the top floor and made his way to his bedroom. The curtains were open, and the sun's rays poured through the window, filling the room with a deep yellow glow. He shuffled over and drew the drapes, blocking out the burning rays, then slid between the bedclothes, pulling them up and around his cooling neck. Despite the heat, his body was shivering with cold.
He'd started to feel colder as he walked home and passed it off as the coming of night, but as he lay under the blankets, he could feel his skin becoming clammy, not with sweat but with a cool dampness like that found in mangroves.
His mother came into the room about half an hour later to check on his progress, turning on the overhead light as she walked through the doorway. She was shocked to find her son curled up into a ball under three blankets. The only visible sign that it was her son beneath this mound of wool-knit blend was a tuft of brown hair poking out of a gap in the blankets near his pillow.
"Johnny, are you all right dear? You shouldn't have all these blankets on."
She moved closer and saw that his hair was dripping wet and lying plastered to the exposed skull.
"Come on, John, you'll sweat yourself to death like this," she said pulling the blankets off his curled body. "Oh. My. God."
That was all Karen Smith could manage: "Oh. My God."
Her only son turned a shining face to her, shining from the covering of cold sweat that was running down it in torrents. Her body shadowed his but didn't hide the fact that John's once ruddy and lively complexion had lost all its previous color, being replaced by the gray color of ashes.
Karen Smith fell to the floor beside her son and cradled him in her arms, grimacing at the slimy touch of his skin against hers, but holding on just the same.
"Oh baby," she crooned. "What's the matter? What's the matter?"

More than a century ago, a curse was placed on the town formerly known as Collier’s Bend, remaining dormant for decades. Now it is 1994 as university student, John Smith, opens a cemetery gate to retrieve an errant cricket ball and unwittingly awakens the curse.
The Australian outback holds many secrets. From its early beginnings as a Cobb and Co. stopping point, Collier’s Bend has been shrouded in a dark cloud under the control of its founder, Edmund Collier, and a much darker force behind him. Now three men must join forces in a challenge between dark and light. Paul Hutton is an English ghost hunter who has arrived to research the curse. Duncan Miller is a twenty-something former resident who has lost something precious and is now on a vengeful journey to punish those who took it from him. William Turner, the town’s oldest resident, is destined to carry out his family’s legacy. Will the three men find the answers they seek before the challenge decides the fate of Collier’s Bend and the world beyond its borders?
In this gripping horror novel, three unlikely partners must decode and defeat an ancient Australian outback curse before it is released on an unsuspecting town.

Craig lives just north of Brisbane in Queensland, Australia with his wife, Jean. Collier’s Bend is his first novel.