In Theory. What Is Love? 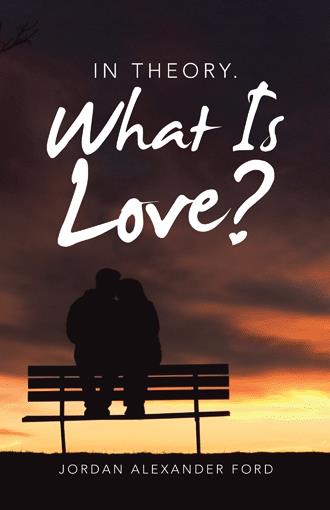 Living in a small neighborhood of Queens, New York, there's a home alongside the intersection of a highway. A small neighborhood called Havensdale. Under the distant endless sky, there's never any clouds in sight, it's quieter than most other neighborhoods in the United States of America. As I have awoken from my slumbers, during the hours of my days, I preserve my spirit, my good health, to the knowing of an astonishment, of a power that is being endured. In the chambers of my mind, as I sit by the window, I've given much thought of how slowly a few months turned into a year. I've had reason enough too. As I've spent whole days by the windows, a day has come that we never thought could come. Someone has died. As days on a calendar have turned from seconds, minutes and hours. Turned into months and years. My mind has seen things, while dreaming, remembered in it's awakening. In the twilight of a dream comes the beginning of many worlds. It's possible to know of things unseen. Sitting by a window, I begin work again, from nine o'clock in the morning, till five o'clock in the afternoon. Ready for sleep by nine o'clock at night, to be awake again at five o'clock in the morning. A dream is beginning again in between. Where many worlds are being brought together inside of a dream, in the realms of the unreal. In the twilight of one dream many worlds are being made in the distance of one sun. As the sun rises, it takes light eight minutes to be seen over the world. At the very beginning when this world was first made, before it's very beginning. Nothing could be seen for millions of years. In the millions of years of this darkness, it created many myths and many stories, in each and every one story tells of a home that shines in darkness, surrounded by water, living on a rock, where something was able to affect the spaces around it. The same thing happened some place else in the sky, in its own beginning. I’ve lived in this neighborhood since I was a kid, it's grown enigmatic through out the air, there's a common feeling giving a shade to a dusk to this place, it's been compelling for some neighbors to move away throughout the years. As I drove to work one day today, the sky was endless again, the air was cool enough to keep the windows down. I'd given much thought to how my life was going, the bills were paid, the refrigerator was filled with food. The car always has gas in it. At work, I sit by a window in a small office. I hold a breath to staring out of a window, an thought to myself of what is being imagined, a dream of a life is being told, telling of a world that is beyond the sky. For my companion and I. She and I. We have made a discovery of ourselves by accident. Of all the things that could happen in a small neighborhood across America. A prominent college student had transferred to Columbia University to become a journalist in Manhattan. She moved to the city in the wake of losing someone she thought was her soulmate. As she boarded a plane, she thought of a place she never wanted to come back to again, so she flew somewhere far away. For fate can bring two things together, unaware of each other, until the blackout in the year of two thousand and three had happened. On an early Monday morning, I woke up one month after the day it happened. I thought about how a random blackout had helped me find the companion next to me. After five years now, peacefully sleeping wearing her red silk pajamas, is her, Iris Nuir Aegle and as she sleeps, I think of all possibilities that caused this day to happen, from the very beginning just as it did, till now, to know of how we first met. At twenty three years old, she couldn't sit still, she was wondering of something to do, so she decided to leave her apartment and go for a walk in Manhattan. Thinking of a life which was lost, I had decided to do the same thing, from way across the neighborhood of Queens, New York. By bus, then train. Thinking to myself nothing would happen out of nowhere. So I put on an old pair of sneakers. They had lasted a few years. Then something did. Randomly two people decided for some peculiar reason to go to a comic book shop. I've grown amazed at all that can happen in a day. When we first saw each other, as she still is now, short, a head full of black curls, a golden brown girl who has a sharp pair of dark brown eyes which can see through you. I wondered what part of the world she had come from. Across a country as vast as this, there are places more naturally occurring than this, to be a place of meeting. A comic book shop amongst any other place in the country. Two people who were on idle time decided in the course of their life of a fixed destination. Unaware of what they were doing, they decided to wander in the city of Manhattan. I have spent deep thought going back and forth in my mind about it. Here at work, it has helped me manage grievances after the death of my brother. Sitting in an office, as I have for a few years now. I've seen strangers walking in both directions, of coming and going, from summer to winter. Six years ago, I was a pallbearer at my brother's funeral. In another part of the country. A common country. My older brother had decided to go to college in another state. I don't know how he could leave a

Six years after his brother was tragically murdered, Jay Arthos King is living in Havensdale, a small neighborhood in Queens, New York. During the daylight, he sits by the window while working to preserve his spirit, good health, and an enduring power. At night, he dreams of a homeland and a sky where there are many worlds. While reflecting on his brother’s life and death, his own existence, and his relationship with his loving companion of five years, a grief-stricken Jay contemplates the inner workings of the mind, the power of the heart to create things the world has never known, and how, in the shadows of pain, one can create a new way to live, heal, and be. Even as he spends the majority of his days by the window, Jay feels an urge to learn more about life, the world around him, and love. As he transforms into a thinking man, Jay becomes devoted to forever learning and understanding as he determinedly attempts to find a path forward without his brother. In Theory. What Is Love? is the poignant story of a young man’s journey of self-discovery after his brother is tragically murdered.

Jordan Alexander Ford was born and raised in New York. He has a passion for telling stories and hopes to one day create a series of books that address healing from trauma and surviving. Jordan currently resides in Queens, New York. In Theory: What Is Love? is his first book.