A Candid Diary of an Assiduous Girl 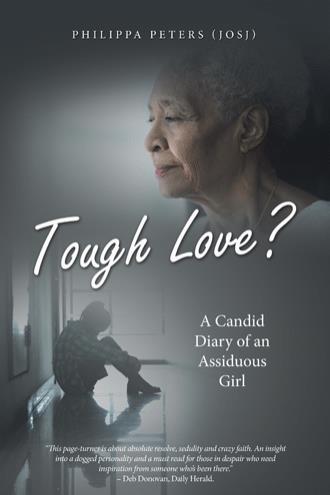 Domestic abuse is a serious problem in any society. It’s a problem we all share in different parts of the world, regardless of how developed or underdeveloped the country might be. Domestic violence can have devastating and life-changing effects on its victims. And even though most developed countries are doing serious work to tackle this problem, in my country, it is still a big problem that is under-recognised and easily minimised. Domestic violence can be physical or emotional abuse against another, and it leaves a devastating effect on its victims. But when such abuse is directed towards a helpless child, the long-term ruination of personhood can be significantly damaging and irreversible.

Not many victims of domestic violence make it in their lives. The few who do end up as either criminals committing various degrees of crime, or as further victims of individuals with ill intent, who exploit their situation. In my case, I can confidently say that my Christian upbringing and personal relationship with God made all the difference. But what about those in a similar situation who are not so fortunate? These victims should have a place of refuge to run to where they can feel safe—a place where they can be guided to realise their dreams and become the best version of themselves. In the long run, this would be beneficial to their immediate environment/community and the world at large.

For international organisations such as the UN—who are passionately involved in dealing with the problem of domestic violence—getting these victims off the streets, where they could be exposed to all forms of immorality, violence, and crime, should be a priority. It may be too much to ask. But in my country, where, sadly, the government may not recognise this as a problem worth its time, only charity and human rights organisations like the UN can be trusted to step in and help the helpless. Help can also come from the church, who as a Christian entity of “one body in Christ,” can step up alongside charity organisations. Denomination should not matter, as we are all one in Christ. If these organisations try to tackle this problem by catching these victims while they’re young, and guiding them towards the right path before they become untameable adults, it could help reduce the crimes and mishaps that we see in our day today, which can sometimes be traced back to domestic child abuse. This problem is not peculiar to any particular nation but, rather, affects us all universally. We should all tackle it together, on a global level.

The aim of Tough Love? is not to cast blame on anyone but, instead, to point out areas where, except by divine intervention and besides the personal effects on the individual, domestic child abuse could lead to a problem that affects us all, whether directly or indirectly. The book is not about sharing the most intimate details of my life’s story with everyone. It is, rather, about shining a spotlight on a problem I believe can be helped by using a different approach. Although my life’s experiences have been instrumental in shaping me into the strong, tenacious, and resilient woman I am today, I could have easily fallen into the wrong hands and could be telling a different story today.

I hope that telling my story in this way will help the reader see domestic child abuse from a different perspective. Although this narrative also includes other aspects of my life, I can only hope the points I’m trying to make can be easily deduced. Please remember that this is just my narrative of domestic child abuse. There are several forms of domestic abuse, and no two stories are the same. I may not need help anymore (thankfully), as I am now an adult. But there are several children out there, in different abusive situations, who do. We can all do our bits to give each other a chance to live in a better world, especially helpless children in my country from deplorable family backgrounds. A little goes a long way. Every child deserves to feel safe in the home.

Philippa Peters, the second child of four, was just six years old when her mother dropped her off at her godmother’s home. In the twinkling of an eye, Peters’ life changed drastically, as her circumstances meant she had to grow up very quickly, missing out on positive childhood experiences. In Tough Love?, Peters narrates her powerful, poignant, and engaging story of a young girl who against all odds, fights to stay on the right track of morality.

This memoir tells how she demonstrates courage, perseverance, and resilience in the most difficult of situations and proves that in a negative environment, an individual can choose not to be a product of that environment. Peters communicates that her life’s experiences were instrumental in shaping her into the strong, tenacious, and resilient woman she is today.

Tough Love? shares how the author’s faith sustained her throughout her experiences while offering a different perspective on domestic child abuse. It chronicles her experience of growing up, overcoming extraordinary challenges, and staying true to faith, family, and friends.

Philippa Peters grew up in West Africa where she qualified and practiced as an Anaesthesia Assistant. She moved to the UK to top-up her qualification from Diploma to BSc (Hons) in Perioperative Care, and intends to obtain a further degree in the nearest future. This is her first book, inspired by true events in her life. Apart from working in health profession and seeking new ways to improve both personally and professionally; in her spare time, she enjoys reading, dancing, singing, listening to music, cycling and writing. She finds writing as an opportunity to express her views on issues that are important to her, and is currently working on a second book in which she explores a cumulation of contemporary global issues, through storytelling.