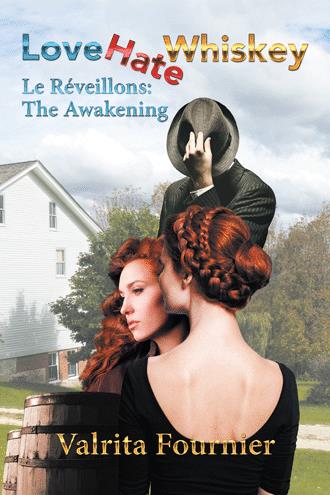 Liesse Bennier meets her first love at a Réveillons de L’An, the traditional French Canadian New Year’s Eve celebration. Upon his return from WWI, they marry. But by the time Liesse is twenty, she moves back in with her parents as a young widow with a disabled son. The Benniers, farmers living in Southwestern Ontario on the shores of Lake St. Clair, across from Detroit, make plenty of money during the Prohibition years, by producing good whiskey for the Rumrunners supplying thirsty Americans. Fiercely protective of her adored son, Liesse sets aside all thought of finding love again until her father brings a special teacher for the child into their home. Fear sparks condemnation towards the family when religious leaders discover the teacher belongs to a group antagonistic to French Canadians and Catholics. When the teacher leaves, the family finds their unity destroyed. Hate, anger, and obsession take its place. They suffer great tragedies and face financial ruin. On another New Year’s Eve, away from home, with no Réveillons to cheer her, Liesse faces and accepts her authentic self. With a new, deeper understanding of her own heart and mind, will she allow herself to love again, and will she dare to do what few women have done in the male domain of whiskey?

For several years, the author made her home in Windsor Ontario, a famous rumrunning city. She has written numerous plays, including musicals. This is her first novel and third publication.