On Justice and Affluence in America 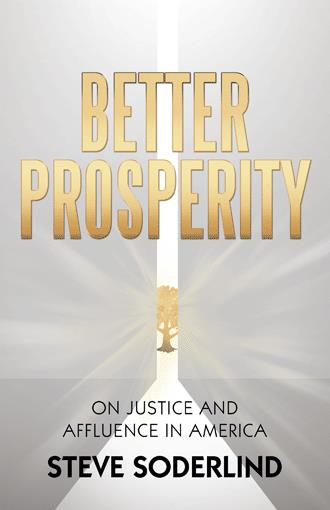 Introduction Two documents from 1776 have framed the American Experiment: The Declaration of Independence and Adam Smith’s Wealth of Nations. Each envisioned social gain on the shoulders of liberty from autocratic rule. Together, they set the stage for our constitutional republic and market economy. The experiment itself unfolded in history, beginning with the norms and expectations of the eighteenth century - which left plenty of room for “a more perfect union.” In particular, the Constitution, ratified in 1788, allowed white males to reap disproportionately the benefits of progress. Women, African Americans, and First Nations were sorely disadvantaged at the founding, subjugated and often abused. Heretics, homosexuals, and witches were considered evil beyond the pale. Building on a favorable climate, vast resources, daring ventures, slavery, and free-wheeling markets, economic expansion proceeded to lift economic prospects, but also amplified political tensions over federalism and states’ rights. After a bloody civil war, several amendments to the Constitution disassembled the domestic institution of slavery; but even as African Americans won full constitutional citizenship, including the right to vote, they remained subjugated with scant recourse to courts. Pervasive racism led to Jim Crow, KKK terror, and sanctioned segregation in many states as the rights of African-Americans were widely overlooked. Meanwhile, women were prohibited from voting, contracting, and most professions, held down by the expectation of domestic subservience. The twentieth century witnessed women’s suffrage, social security, civil and voting rights legislation, and unprecedented prosperity. Title IX raised prospects for young women, but challenges remained at the millennium: America’s prisons were full; its minorities faced continuing discrimination and resurgent aggression; and declining rural regions felt snubbed and mistreated by powerful metro areas. Wealth was increasingly concentrated, with inheritance favoring their fortunes into the future. The twenty-first century found the nation increasingly polarized over job losses, abortion, immigration, and race. Millions of Americans also faced epidemics of addiction, obesity, and violence - then Covid. And, as if that were not enough, several long-term threats prodded: rising seas, destructive fires, and unprecedented storms. This proved to be fertile ground for polarization. On one side, thoughtful conservatives continue to press an optimistic vision of small government and free, unregulated markets, traditionally called laissez-faire. They claim to have distilled this practical stand from respected economists, referencing the likes of Adam Smith, John Stuart Mill, and Milton Friedman. They also take heart from astute reflections on Soviet communism associated with Ayn Rand, William Buckley, Jr., and Pat Buchanan, to name a few. Lately, seeing liberty and small government as mutually reinforcing, promising prosperity, they seem inclined to limit immigration, franchise, and the influence of scientific findings on matters from global warming to American history. On the other side, thoughtful liberals warn that timid government undermines progressive liberty by tacitly condoning racial and gender discrimination, concentrated wealth and power, religious chauvinism, domestic extremists, global warming, etc. Many see the Great Recession and America’s clumsy approach to Covid-19 as nasty consequences of toying with timid government. Looking ahead, they see consequential problems calling for concerted efforts by energetic governments around the world. Climate change, environmental deterioration, pandemic, and pernicious propaganda frighten them. Following the insurrection at the Capitol on 6 January, 2021, and given the churn of social tensions, it’s a fair hunch that the nation’s best path forward would be a blossoming of respectful justice. As John Rawls put it, “laws and institutions no matter how efficient and well-arranged must be reformed or abolished if they are unjust.” That said, questions arise: Might a new balance, more devoted to justice and less to liberty, gain consensus? Can justice and prosperity be mutually reinforcing, giving rise to a virtuous cycle? Two related questions come to mind: Can a blossoming of justice save America from political polarization and paralysis? Is it the case that prosperity matches best with minimal or timid government? The goal of this little book is to provide a relatively balanced view of justice and prosperity in light of those important questions. As a primer, it surveys a vast territory, spotting grand features and encouraging deeper investigation. Hopefully, readers will appreciate the portrait, questions, and prompts as they investigate in more depth. It could be important. As Abraham Lincoln noted on June 16, 1858, “A house divided against itself cannot stand.”

This timely and thoughtful volume tracks the American experiment with special attention to justice and prosperity. Its wide-ranging survey begins with historical notes and culminates with reflections on twenty-first century chaos and confusion. Lies, fabrications, and simplistic thinking now complicate and confuse the nation—to the despair of millions. In that light, this essay imagines frontiers of justice, based on truth and intelligence, that might kindle a workable consensus and a brighter era of affluence. Referencing germane insights from economics, sociology, psychology, and social choice, the issue is whether justice and prosperity might come together in a virtuous cycle. The author is cautiously hopeful, noting barriers and obstructions that are likely to threaten any such blossoming. While assessing issues of the day, the author ponders several enduring questions: • Does prosperity thrive best with minimal, timid government? • Can a new social norm, more devoted to justice and less to unfettered liberty, lead to a workable political consensus? • Might a blossoming of fresh thinking bring America back to the table of respectful compromise? In the end, all Americans operate in a constitutional setting, and in that context, everyone participates in shaping the nation and its prosperity. Join the author as he considers how we can promote a more truthful and respectful brand of capitalism.

Steve Soderlind is Professor Emeritus at St. Olaf College, Northfield, Minnesota. Over forty-some years of teaching, he specialized in urban and regional economics, history of economic thought, and social choice. He also led international travel studies and taught across the curriculum in statistics, great works, and history of science. His degrees include a BA in mathematics and economics from the University of Minnesota and a PhD in economics from the University of Massachusetts at Amherst.