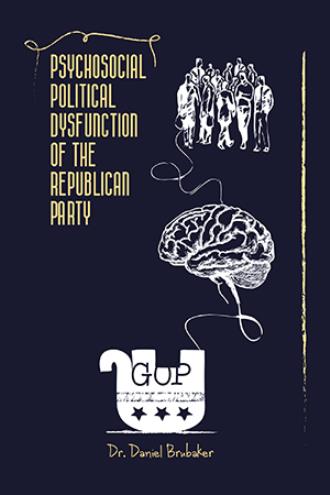 Republicans talk about fact versus fiction. It is interesting they even discuss the two because more than 50 percent of Republicans in Congress cannot separate fact from fiction. President Donald Trump has told thousands of lies to the American people, and Republicans in his footsteps have done the same. The American people have been fed a steady diet of misinformation and conspiracy theories, and it has made them confused and fearful. Representative Devin Nunes from California released a podcast titled “Fact versus Fiction.” In this chapter, we describe the difference between the two and provide a path for people to make distinctions.

The Grand Old Party is no longer the party of Lincoln, even though they refer to Abraham Lincoln continuously. It is apparent that the party has lost its way. But why? In this critical analysis, Dr. Daniel B. Brubaker explores why Republicans have had diffulty distinguishing fact from fiction and why many party leaders contininue to spin conspiracy theories and lies. He examines the neuropsychological development of toddlers and explains why and how some Republicans are acting like children. He concludes some leaders in the Republican Party have antisocial personality disorders. The Republicans frequently direct their fear toward Democrats by calling the other side socialists. This is fearmongering. Today’s Republicans do not understand socialism or utilitarianism; they are simply buzzwords used to invoke fear. Join the author as he explores the far-right nationalist agenda of the Republican Party, how it was usurped by a clinically psychopathic president, and what crowd psychology can tell us about how the party has evolved.