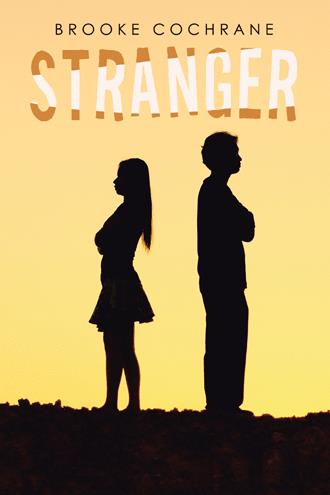 I lie down so I'm on my back. It's so peaceful, seeing the birds fly across the sky. No one is around us. Us. I'm sitting alone in the middle of the woods with Jason Carter. Should I be worried? No! Why would I even think that? Yeah, he's done some bad things, supposedly, but it's not like he's going to throw me off the balcony, right? I roll my eyes and hope he doesn't see me do so. I focus on the clear blue sky in front of me. I rest my arms over my torso and let out a deep breath. I close my eyes and breathe in the fresh air. "So, what do you think of the Titanic?" Jason breaks the silence. I open my eyes and look over at him in confusion. "What?” "The Titanic? Remember, we're writing our paper on Jack and Rose?" "Oh yeah. Um, honestly, I hate that movie. It's so unrealistic," I say and look back up at the sky. He lies down next to me. "I never knew a girl could hate Titanic." I turn my head and face him. "It's a ten-day love story. No one falls in love in ten days." "It's actually a five-day love story. And that's not necessarily true." He puts his arms behind his head. "What do you mean?" "I mean, I think it's possible to fall in love with someone in ten days." I try my best not to laugh at his response. Jason Carter? Fall in love in ten days? That must be a joke. He can barely keep a friend for ten days, not that he tries. Plus, to fall in love with someone in ten days, you'd have to know them deeply. And that's impossible to do. "You'd barely know them. How can you love someone you barely know?” "You'd be surprised at how much can happen in ten days." "Didn't you just tell me that you can't imagine loving someone so much that you'd die for them? And now you believe that two people can fall in love in ten days? You confuse me.” He chuckles lightly. Curiosity takes over me. "What do you think of Jack?" "Hmm, I think he's a better person than people make him out to be." I don't say anything, wanting him to continue his theory. "He's just someone who wanted nothing more than to go back to New York. He tried so hard, and he finally got what he wanted. He got on the boat with nothing but enough money to sleep and eat. Then he met this girl he wanted so badly, so he went for it. And when he got her, he died for her." "I see it from a completely different angle." He turns on his side and looks at me. "Well, Miss White, how do you see Jack Dawson?" I bite my lip and look down, thinking about my answer to his question. "I see Jack as someone who just wanted to get back to America, and love got in the way. Well, really, Rose kind of got in the way of that." "But he died for her." "Come on, there was room on that wooden door," I scoff. He laughs. "It can't have been much smaller than this treehouse.” "Are you challenging me, Carter?" I narrow my eyes at him in humor. "Maybe I am, White," he playfully smirks, and we both laugh. We stay silent for a while after that. We just lie there enjoying the view of the clouds hovering above us. The only sound to be heard is the chirping of birds somewhere in the woods. I look over at Jason who had his eyes closed and his arms behind his head just like before. He looks so peaceful. "It's rude to stare," he says, and I quickly look away. I curl my lips, trying not to smile. I just look up at the sky and watch the clouds slowly drift by. I take in a deep breath and let it out loudly and close my eyes. I peel one eye open to see Jason staring at me. I try my hardest not to laugh when I say, “It's rude to stare.” We both share a soft chuckle and then look back up at the sky. The cold Virginia air blows onto my skin and I wrap my arms around myself. "I think Rose fell in love with a guy who steals money and boat tickets," I say. "A criminal?" "Yes, Rose fell in love with a criminal." My heart starts racing. "I think Jack fell in love with someone who was too good for him." I look at him for a while. His eyes are as blue as they were in my dream. He looks at me, too. The wind blows around us as we lie there admiring each other. I feel as though he's let me in a little bit. Just yesterday, he wouldn't really look me in the eye. And now, he can't stop looking at me. I peel my eyes away from him and look up, trying really hard to not look back at him, but I can still feel his gaze on me. He's staring again. Instead of stopping him, I let him.

Hartley White has her life figured out. Her days are spent with either her two best friends or with her nose in a book. Everything changes when the boy across the street is assigned to be Hartley’s partner in English class. Jason Carter keeps to himself because of the rumors circulating about his family. Gossip spreads fast in a small town, whether it’s true or not. One thing that is true, however, is his strong infatuation with Hartley. After having an intimate dream about Jason, Hartley finds herself more curious about this neighborhood stranger. Their relationship develops rapidly, testing the limits of themselves and the people around them. When unexpected tragedy strikes, their love faces another challenge. In a situation rife with secrets, Hartley struggles to make sense of the truth while Jason fights his own battles. Ten days is all it took for Jason and Hartley to fall for one another, but how well do they really know each other?

BROOKE COCHRANE is from Southington, Connecticut. She grew up reading and writing and went on to study Communications and Writing at Eastern Connecticut State University. She has been published in her university’s literary magazine twice. When she isn’t writing, she’s drinking tons of boba tea and watching Marvel movies with her cat, Oliver.