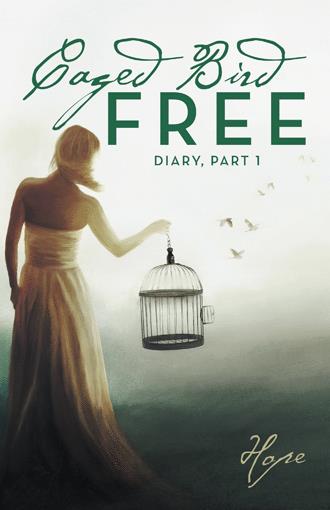 A few days turned into eight months—eight months as an innocent accused drug dealer until they would figure out if I was innocent enough for bail before we even got to the final verdict. Welcome to Lebanon; the system takes so long to process you as a human being that you stop feeling like one eventually. And till today, the story has not ended. The story I’m writing here has just begun. With a stolen pen and some papers, over the first twenty-two days in the small cell and my time moving jails throughout my eight months of imprisonment, a diary would randomly emerge from a wrongly imprisoned woman.

In 2013, Hope was student teaching at an amazing school in Lebanon, attending university to attain her bachelor’s degree in education, enjoying terrific relationships with her friends, and falling in love. Her life was about as close to perfect as it gets—until May 11 when her world abruptly stopped.
In a collection of diary entries written with a stolen pen and papers, Hope begins by revealing the moment when, after awakening at her boyfriend’s house with a camera in her face and surrounded by police with huge guns, she was subsequently dragged to the police station where she was falsely accused of dealing drugs. As she chronicles her eight months inside a prison in Lebanon and the years after, Hope invites others to follow a lost woman as she attempted to not only survive psychological and physical torment, but also to achieve justice in a country where everyone is guilty until proven innocent.
Caged Free Bird shares diary entries from a woman wrongly imprisoned in Lebanon as she battled to endure a horrifying situation, sought justice, and persevered to rebuild her life.

Ramblings from my times, experiences, and life; I want to share this with you as I continue to write and add to my life experiences while pursuing my passion in Forensic Psychology to give back to the world. Come fly with me.