by Albert B. Garcia 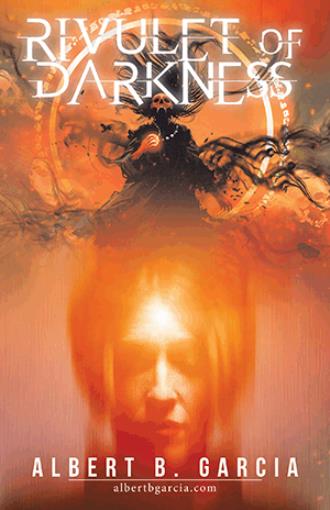 My images were never clear growing up in a time when my mind was struggling to allow me to think like a normal child. These thoughts of fear would always appear in my dreams and wake me up close to 3:00 am in the morning. Ive always felt different, especially when I was around the other kids in school and failed to make friends. In the first part of my life, I started out as a happy child who was well taken care of by my parents, Frank and Katherine De Le Cruz. My parents did not have much to offer even though I was the only child. In the beginning I was a shy and quiet child who went by the name of David De Le Cruz. In 1979, I moved into an old house just outside a small town near Hanford, CA. As a child growing up alone out in the country with no one else around, I would never have thought about all the fears and the occurrences that I would have to face living in that house. I often wondered if something dark had followed me from the little house where I experience the knocking to the house out on the farm. Maybe it could be a fear that is following me as if it is an unknown presence embedded deep in my mind, and eventually manifested into something so dark trying to create a passage that causes these streamlets of images to become real. As time went by, I would wake up in the middle of the night close to 3am and hear strange noise throughout the house. I would close my eyes and try to go back to sleep but this would not always work, and I would have to deal with what this old house had to offer. What was growing stronger in this house was starting to become more active during the night. The voices coming from inside my mind has continued to progress as each night falls with all the images that appear like dreams along with this entity that seems to be a little boy moving around my bedroom. like an apparition trying to get my attention during the dark hours of the night, I keep myself hidden under my blanket to ignore the noises coming from inside my bedroom. Aunt Vera could help me figure what has been going on with me, since I overheard my mother talking to my Aunt Vera on the telephone about coming over to the house to talk about something very important. My Aunt Vera told my mother, "Do you remember when we came over to visit you the last time we were here, and I called you over to the kitchen about 4am to tell you about something I saw inside the motorhome." My aunt started to sigh as she hesitated to tell my mother that she knew who that apparition of that little boy was, and she knew why that the little boy had attached himself to your family. I can hear my mother open her bedroom door as I listen to my aunt’s voice telling my mother to wear the Cruz De Caravaca Cross around your neck, because I have sense something bad coming from inside this house other than what has already attached itself to you guys just before you moved here. Oh my God—” She was staring directly at me with this distorted face and these dark eyes breathing very low and heavy as I smell this stench of an old moldy smell, so I frantically covered my face back up with my blanket waiting for her to leave while feeling so terrified. I knew—” I was not looking at my Aunt Vera staring directly at me. My father is standing next to my mother covering his face with both of his hands as if he is holding back something inside. Suddenly my father lifted his head up while rubbing his face with both hands not sure of whats going on, he suddenly tells my aunt that he might be responsible for this little boy unable to leave as he puts his head back down becoming very sad. My aunt said, "how are you responsible for him unable to leave when none of this wasn't your fault." My Aunt Vera said…, "I believe he attached himself to you and Frank after the incident inside the one-bedroom house that you guys moved out of just before moving into this house out here in the country. But the evil entity attached itself to Frank "Oh my God!" My stomach turns and the panics sets in, "I cant breathe…what's happening" I don't want to believe what I'm looking at; this must be a nightmare and I should be able to wake up soon to find everything back to normal.

In 1979, young David De Le Cruz and his parents move out of their rented one-bedroom house in town to be closer to his father’s job. David’s dad takes care of a local farm just outside of Hanford, California. David thinks moving to the country will be a new beginning to a great life—until something unsettling starts to happen. Late at night, David experiences strange manifestations, unsure of what they mean and what is happening to him. He is surrounded by horrors and haunted by a darkness that opens a world he is forced to face. David’s Aunt Vera, his father’s older sister, uses her spiritual beliefs through the practice of witchcraft to help him face the evil that feeds off of his fear. Her efforts are not enough. Flashes of images flow out from his mind like small streams of remembered nightmares. These dreams become David’s window to the outside world while trapped inside his own rivulet of darkness.

Albert Baiz Garcia was born in Hanford, California, where he lives and works today. He went to West Hills College to study English literature and writing. He has three children and sees his writing as a legacy for generations of his family to come.