City of Trees City of Shadows 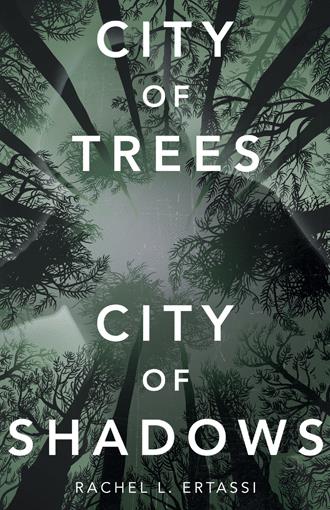 Vera never usually struggled with numbers. Numbers were consistent and easy to understand. Maybe it was a beer going to her head. Vera had a Stein as she was closing up. She counted the drawer once more to confirm the amount and divvy out tips.

Vera heard a rustle and looked up. She kept still, only moving her eyes as she peered around the pub and listened. Again, rustling and then a soft bang, as if something had been knocked over outside. The pub was dead silent. Vera had cut the music when she started counting the drawer. She set the money down and listened. Nothing.

Vera flicked on the lights and the overhead bulb sputtered and glowed dimly. It was on its last breath; normally it lit up the room brightly. Probably something that she should change but she was exhausted and wanted to go home, especially after the added fear of the mystery noises. The brew house looked still, calm. There was no sound save for the soft bubble of one of the tanks fermenting.

She heard a door close suddenly and made her way back up to the front. A man stood at the bar, dressed in a dark hoodie and jeans. He looked disheveled, desperate, unwell. He looked like someone she would not be able to talk to with logical, rational conversation.

“I’m sorry, but we are closed for the evening,” Vera said without moving from her position by the door to the brew house.

The man looked up. He looked tired, as though he had been up for days. He said nothing. She held her ground, unsure if she should advance toward him or stay completely still like a decorative statue of the pub. The man looked away, out the window, and then back at Vera. He reached into his pocket and fished around.

Vera watched him and quickly assessed her surroundings. It was nearly 11:00p. She was alone. Her keys were in her purse, about 4 feet away to the right. There were glasses to her left. The cash drawer was closed. There was a phone charger on the counter. There was a jar of pens next to where she kept the signed receipts. There was a fishbowl full of tips that she had not counted yet.

Her thoughts were interrupted by a small flash of light when she realized he had drawn a cigarette from his pocket and proceeded to light it in the pub in front of her.

“Sir, you can’t smoke in here… and we are closed. You have to leave.”

He ignored her. Suddenly, Vera felt her fear dissipate. She felt angry and protective of the pub.

“Hey, you have to leave. Go now or I’ll call the police.” He looked up. This caught his attention. With his cigarette dangling from his lips, he mumbled in a raspy voice “Call them.”

Suddenly he lunged over the bar. Vera jumped back, stunned.

The man grabbed at the register drawer, lifted it, and threw it onto the ground trying to break it. The register smacked the ground hard, with a loud BANG, but did not bust open. Instead, one of the sides dented inward and the gray paint scuffed badly. He picked it up and threw it down again, mangling it further, but the register would not open.

Furiously he snatched it off the ground and threw it at the wall behind Vera. She ducked down reflexively and it struck the wall violently above her, directly where her head had been. A split second after smashing into the wall, the register came down onto Vera with a hard thud.

It struck her skull with such force that she saw stars. Pain split through her, rattling her teeth as she clenched them together so hard that she thought they might break. Heat spread through her body like a poison coming down from where she was hit on the top of her head, causing her to break out in a full body sweat from the pain. She was sure she had been nailed by a corner of the register box.

She opened her eyes and through her blurry vision, she made out coins and bills littered across the floor and the shape of the man charging at her like a child after bursting open a piñata. He was frantic, manic, grabbing for the cash.

Vera bolted up with a sudden surge of adrenaline and darted away from the scene. She stumbled as she stood and fell back down again, landing hard on her hands. She got to her feet as quickly as she could and rushed out of the pub and into the gravel parking lot to call 911.

She took a sharp breath of night air to steady herself, only to realize she left not just her phone, but her purse and car keys inside the pub. She felt her eyes sting with tears from fear, but shock and adrenaline forced her legs to carry her back inside before she could stop them.

Inside she heard shuffling on the floor as the robber collected bills, although she could not see him. Vera was frozen in place. Move. She willed herself. Carefully, she made her way to the bar and peered over to catch sight of him. He was gone. Her eyes darted around the room trying to locate him. She hadn’t heard him move from the floor. Her head was pounding from the strike by the register.

Vera scanned the counter for her purse and spotted it exactly where she had left it. She took soft steps toward the other end of the bar to grab it when a clatter from inside the brewhouse stopped her in her tracks.

City locals face their own struggles as they deal with the day-to-day of their individual lives, until their routines are disturbed by the discovery that there may be a murderer lurking among them in the shadows.

Someone is picking people off in the night and leaving the bodies to be found in the morning. Locals see on the news that the victims are being discovered very close to some of their homes in Midtown Sacramento, California.

This page-turning fiction thriller dives into the lives of three main characters: the killer, a college student, and a therapist, whose stories become intertwined. City of Trees, City of Shadows blends themes of medicine, mental healthcare, and violence—and nobody is safe.

Rachel L. Ertassi makes her debut with City of Trees, City of Shadows. Many chapters were based on her own life spent residing in Sacramento as a CSUS alum, working in the mental health industry, and living with Type 1 diabetes for nearly twenty years. This book was written with the intent to provide representation and insight into the diabetic community, while reaching a thriller-loving audience with this page-turning plot.