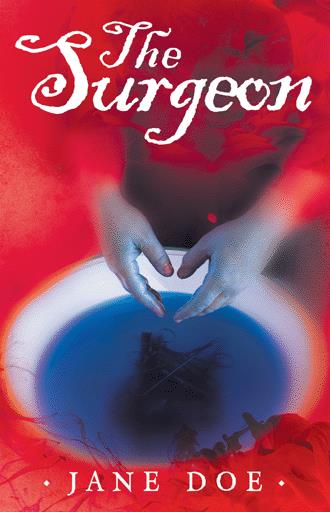 Near midnight the moon and stars lit up the deck so brilliantly that it could have quite possibly been daylight with a heavy cloud cover. Anne and Komumbu were strolling along the deck quite eager to stretch their legs. There was music coming from somewhere below, probably the steerage class, as most of the passageways they passed on their way to the deck were quiet. “I know you,” a voice sounded out of the dark. Anne and Komumbu both froze. She got the nerve to look around slowly. A man was lying on a deck chaise and looked gravely ill. Anne’s instincts gave way to decorum and she knelt down to feel his forehead for fever. Her hand nearly burned with the intense heat he radiated. “My good sir, you are gravely ill,” she spoke. “Truly sir, you are very ill, please allow us to help you.” “My leg is killing me,” he spoke. She thought he was slurring his words and when she saw the half empty brandy bottle her suspicions were confirmed. “Pardon me, did you say your leg? Have you injured it?” Anne queried. “A horse kicked me in the knee,” he groaned trying to sit up. She placed her arms firmly on his shoulders and whispered close to his ear. “No, lie down, you should keep your leg higher than your heart.” She suspected he had an infection in the leg but she couldn’t see much in the twilight. “If you have an infection, you might lose your leg or even your life.” She whispered to him sternly. “The surgeon missed the boat,” he slurred. Without wasting another moment, she burst into action. “Komumbu, pick him up and carry him to my compartment.” “Whaaaa,” the man exclaimed as he was lifted effortlessly in the strong arms of Komumbu. “Say there what are you doing,” Foster exclaimed as he rounded the corridor. “Sir,” Anne stopped him, “do you know this man?” “Why yes, I am his valet and…” “Good,” she cut him off, “you can help us. He is near death and I must treat him immediately to save his leg and maybe even his life.” She grabbed the bottle of brandy as she instructed, “you must go quickly to the kitchen and bring as much hot water as you can, it is best if it had been boiling but very hot will do. I need towels, clean towels, and clean sheets.” Foster pales and stood in shock, “quick man!” Anne yelled at him running after Komumbu. “Bring them to the last door on the left down this corridor, cabin 110. Oh, and bring me some moldy cheese or bread, it doesn’t matter but make sure it has lots of mold spores on it.” Komumbu laid him on the bed which Anne spread with a new sheet. She retrieved her valise and opened the case. Laying a towel out on the writing table she spread out some instruments and vials. She began cutting away his trouser leg when she saw at once that the leg was indeed severely infected. His right leg was twice the size of the left and was fire red. Streaks were spreading up the leg to the thigh. “I hope I am not too late,” she said gently. Richard tried to open his eyes but he was slipping in and out of consciousness, delirious with fever. “If I can get this infection out of your leg,” she spoke firmly to him, “then your fever will go away and you will get better. I will do everything I can but you will have to lie very, very still.” Looking up at Komumbe she said, “Komumbu I am going to need you to hold him down.”

It is the middle of the nineteenth century and Anne Rose is an independent young woman who is intent on leaving a loveless engagement behind and becoming a surgeon in England. After she purchases a ticket on a steamship to Cairo under a false name, she lies to several passengers and tells them she is heading to Egypt to join her father. But then moments later, she fibs again and tells other passengers she is meeting her professor husband. Richard Lawrence has been traveling to Cairo for the past decade to deliver expedition groups to Cairo as part of his job at a British museum. After he is introduced to Anne on the ship, he is immediately drawn to her, but suspicious of her conflicting stories about her life. As the two-week voyage begins and an unexpected medical event brings them together, their chemistry heightens when Anne reveals the real reasons why she is traveling to Cairo. Will their burgeoning feelings for each other be enough to survive their challenges and propel her down a path toward her dream? In this historical novel, a young woman with a big dream of becoming a surgeon in nineteenth century England must reconcile with her past as her path crosses with a handsome suitor.

Jane Doe returned from a trip to Egypt when The Surgeon poured out of her imagination. After typing it in five days, the manuscript was tucked away until she found it fifteen years later. Doe is educated in biochemistry and married to a surgeon. This is her debut novel.