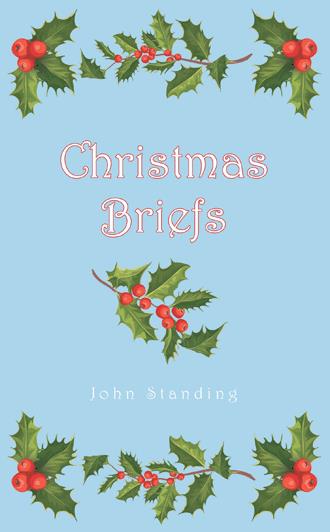 The children were nestled all snug in their assorted blankies, snuggies, and hoodies, comfortably viewing a Christmas movie. The adults spoke of Christmases past, friends who had passed, and of good times. One of them thought it would be fun to play a game. The next ten minutes were spent in deadlocked debate, trying to decide on which one to play. Eventually, the motion failed, and conversation lagged. Everyone was feeling somewhat groggy from the banquet, yet they looked forward to the forthcoming dessert cart.
I say cart. More like, oh, a truck. One of the sons-in-law sneakily started the event. He wandered off, presumably to use the necessary. But lo, forthwith he returneth, garnishing a slightly disembodied gingerbread man! The brazen scoundrel! With a singular motion, which would have made synchronized swimmers sit up and take notice, the entire adult population rose and made way to the realm of oh-my-goodness-ville!
Oh yes, they tried their best to engorge themselves quietly. But one of the younglings, seeking the bathroom, spied the ruckus and instantly returned to the gang of juveniles and spilled the beans. It was over. There must be some kind of black hole thingy which allows little ones to move from one space to another without so much as ruffling the air. Yet in that same insta-second, shrieks of delight decked the halls. Somewhat akin to a sonic boom? Who’s to say?
Dessert, having now been placed on the endangered species list, was over. More groans of intestinal overloading filled the erstwhile eerily quiet house. All were happy. All were calm. All were going to be sorry tomorrow for what they had eaten today. But thus are the makings of wonderful memories. And this was going to be one of those. Success is sweet. So is that chocolate/peanut butter pie, thought he. Maybe just one… more… piece… uugghh.

Christmas comes at us from many angles and experiences. Some Christmases may be fun and crazy, while others more serious and reflective. Christmas Briefs is a collection of holiday stories, some touching and some humorous, that will surely get readers in the mood for the holiday season.

This book is a compilation of stories written over many years for the entertainment of family and friends. The inspiration for the stories comes from actual events, imagined occurrences, or just random thoughts. Each is quick to read, family friendly, and will bring back some of your own warm memories of Christmases past.

Reminisce over holiday movies watched every year and the unavoidable bout of overeating. Watch generations gather as one, but also see the birth of young holiday love. Visit the Yule traditions of other countries or read about the comfort of home. Christmas Briefs includes sarcasm, love, family togetherness, and good friends. Everyone can relate to these stories, for they are about everyone.

Born and raised in suburban Americana, John Standing had many influences in his life, most importantly his mother, five siblings, many friends, and wonderful teachers who helped him explore unknown horizons. John enjoys basketball, racquetball, hiking, and gardening. He has been married forty-five years to his greatest support: his wife Susan. They live outside Portland, Oregon, and have three children and ten grandchildren.