A True Story of a Woman Redeemed, Revived, and Healed 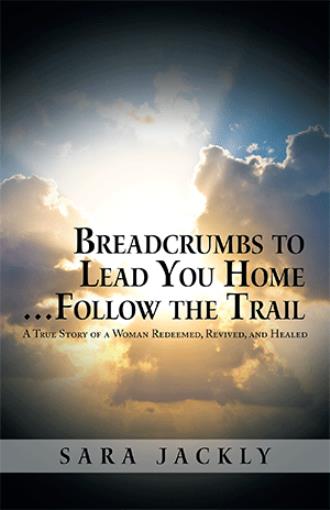 The second attack was by somebody else, two other family members. I was the age of six, my older cousin, Leo, the age of twelve, weeded out all the children for whom he was babysitting. There were seven of us. He weeded out the weakest, which unfortunately was me. He forced me to perform oral sex, he raped me vaginally, and from behind, and then had his younger brother do the same. When my mother was told of this—and I remind you this is forgiven by the Lord God almighty—she reacted with pure hatred for me, pure anger. She ran across the room and grabbed this little soul who had already been broken, and she beat me with her fists on my back. I can hear the thuds, but purely to bring God glory, not that these memories haunt me any longer. She wanted to shame me. She did not let me walk to the car, she dragged me, to the assailant’s mother’s bed. She threw me on the bed and stated, “Guess what this little bitch did?” She continued to beat me with fists on the back of my head and my back. Wherever her fists landed, she did not care. She ripped off my clothes, this small child I remind you, threw me into a tub, turned on the water, grabbed a leather belt and beat me. She then dragged me back to the vehicle and started to search for Leo trying to shame me. Occasionally throwing a punch at me in the passenger seat. We did not find this boy that night. I carried the shame my mother put onto me, as a small child, and remember I had already been broken. Sexually tortured before, raped, Leo forced me to choose the way he would rape me he said, “Tell me how you want it.” I said I did not want it, I begged him to stop. He then said, “Choose, because if I choose, I’m going to make it hurt.” Can you imagine, the shame? The enemy will not take my voice anymore. As a small child I was voiceless. My life brought physical, sexual, mental abuse, and severe neglect. He took my voice early. He whispered lies about my existence, about where I stood in line, he lied to me. He is the voice of the few people I trusted. He used the voices of anybody who allowed him to. He was my tormentor. I do not blame my abusers. I do not blame my parents.

At a young age, Sara Jackly was already enduring an unthinkable existence. Neglected by her mother and with no consistent caregiver to take over, Sara was often hungry, infested with lice, and forced to wear soiled, boy’s clothing that was too big. Even worse yet, she was groped, fondled, and raped nearly every day of her childhood by multiple sexual abusers that included her mother’s boyfriend, her grandmother’s ex-husband, and her cousin. In a raw and honest retelling of her personal experiences as a voiceless little girl, Jackly leads others through her horrifying childhood where she was bounced around from home-to-home, shamed by her mother, and repeatedly violated by family members and strangers. As she chronicles her journey into adulhood, she then reveals how she became addicted to drugs, transformed into a prostitute, and ultimately found hope, redemption, and forgiveness through her faith after she cried out to Jesus to remove her flashbacks, restore her innocence, and heal her broken soul and heart. Breadcrumbs to Lead You Home … Follow the Trail is the autobiography of a sexually, mentally, and physically broken little girl and woman as she endured unthinkable circumstances to find hope in God’s unconditional love.

Sara Jackly is a born-again Christian who identifies as LGBTQ. She is a mother with a checkered past who believes that Jesus saved her from her despair. Today, she lives a beautiful life defined by her intentions, heart, and God.