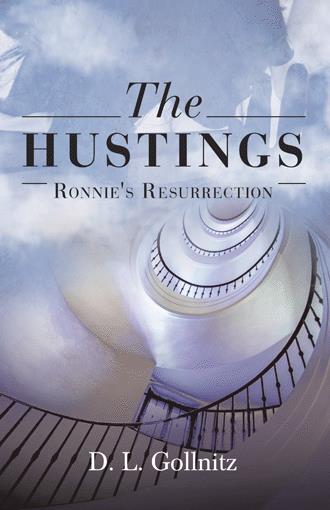 A high pitch screamed on, and her ears pounded with the shrill sounds. Light tried to creep in through the slits between her eyelids, but she couldn’t open them. Shadows shifted from white to gray to black and back again in the rhythm and tempo of the sirens.

Ronnie saw her father in the distance, a vague figure. She struggled to stretch her arms upward to reach him. He was just above her. She wasn’t sure why or how, but he was there. She could see him. There was a white glow around him.

“Help me,” Ronnie said to Robert.

Someone was trying to wake her. She opened her eyes to a small flashlight.

“She’s coming around.” Someone was holding her head. Another person was moving her legs. The jostling was painful.

“Ehh ehhh ehhh.” She coughed up blood and again, blackness surrounded her.

As the ambulance raced through the winding roads and into the main thoroughfare, Ronnie was in and out of consciousness.

“Just lay still, ma’am. We’ll take care of you. We’re in an ambulance. Hang on,” the medic said.

Beeps and alarms sounded. Blood pressure and oxygen monitors did their work. Ronnie was falling deeper into the blackness with fewer flashes of light. The bumpy ride was rhythmic, and she was lulled into the dark.

Arrival at the hospital was chaotic. Doctors and nurses ran everywhere. The identification check told them that this was a high-profile patient. They had to be careful with every move they made. DuLoche doctors were the best and needed to keep that reputation.

Hours passed before Ronnie awakened enough for anyone to speak to her. It was Michael Channing, her estranged son-in-law, who stood over her bed.

Veronica’s personal effects were given to him, but not before he talked to her alone.

“Can you hear me, Veronica?”

Her face was lacerated, her lips swollen. She was struggling to focus on Michael’s voice, searching the room to see his face. There was no eye contact made, and Michael knew she could not see well enough for that.

“Do you know who I am? Sandra’s husband, Michael.”

Michael Channing pushed on with questions unrelated to her current condition.

“Yes, you were near the Husting estate when you had a bad car accident.”

“Ware. The estate and Ware. I never forgot.”

“What were you doing at the estate?”

Her breathing was labored. Her chest rose and fell. The monitors beeped.

Veronica felt warm darkness around her.

Her father was calling from a distance. She floated toward him, anticipating his embrace.

Ronnie felt her inner person getting pulled out of her physicalness. The cloud that made up her soul was floating out of her chest toward her father’s voice.

In a state of weightlessness, she perused the space on all sides of her. Looking over her shoulder, she could see a pale and thin body in a hospital bed. There were people all around the bed, and tubes were connected. It was a woman with a badly bruised face. Long dark hair was stretched across the side of the pillow in a ponytail that was gathered in a hairnet. Ronnie was mesmerized by the scene.

Nurses were working on monitors. One was changing intravenous bags. Another was holding the lady’s hand and watching numbers on a small screen next to the bed. The handsome doctor spoke to them, and they left the room.

She snapped her head toward her father who stood with an arm around her shoulders.

Fear pumped blood through her chest, the monitor matching its rhythm.

Her heartbeat slowed with reassurance and calm.

“Daddy, who is he? He looks familiar.”

Ronnie listened to the scene playing out around her own hospital bed.

“…and Sandra. Well, she has had her challenges. I think she’ll be fine. I’ll always do what is best for the girls.” The doctor lowered his head and found a chair to sit beside the bed. He reached out and held the patient’s hand.

“We have a different kind of professional lifestyle. You know. We travel to our jobs from the suburbs. I’m only here because of trauma overflow, and the hospital called me to travel down last week. Our schedules take us away from the girls a lot. They’re fine. We make sure they have anything they need. Or want. Overindulged, I guess.”

Ronnie felt a tingling sensation in her left hand. It was the one the doctor was holding. Instinctually, she clasped her two hands together and squeezed.

“Very good, Veronica. While you can still hear me, I want you to know that I’ll do whatever I can to change things for your family.”

He lowered his gaze. Ronnie thought he was sad about something.

After a minute, the doctor raised his head to watch his patient. He waited and watched the monitors.

Ronnie smiled, as did Veronica who was lying in the bed. 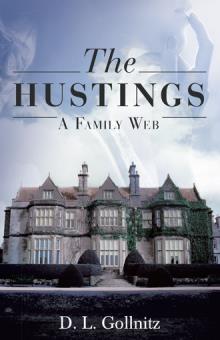 Veronica Emma-Mae Husting has reinvented herself more than once in a chase for elusive happiness. Ronnie finally comes home but experiences a near-death accident that forces her to face the past, present, and possible future during a visit to the afterlife. She learns what’s important without totally abandoning the riches she’s always adored.

After reconnecting with Ware Treallor, the true love of her life and father of her only daughter, Ronnie works to strengthen her family presence but discovers how much she’s missed. The Hustings: Ronnie’s Resurrection journeys through Ronnie’s life in California and her fight to avoid addiction to prescription drugs, a threat facilitated by a decision to marry for wealth. Family secrets continue to surface as Ware and Ronnie reestablish the Husting estate that haunts them with tragedies that affect their children and grandchildren.

Ware’s grown son and daughter by another marriage react to their father’s truths differently. Both are challenged to be with the person they love for reasons that vary as greatly as the family’s misfortunes. Ware discovers mysteries surrounding his sister, Betty’s, involvement in Ronnie’s broken past, and he takes drastic actions to bring Betty to the place she belongs. This novel brings each character to their intended home.

D. L. Gollnitz grew up in New England and lived in Chester County, Pennsylvania, before settling in Michigan. She earned an MBA at Bryant University and a PhD at Oakland University. After years of coaching high school students in the writing classroom, she moved into public school district administration and followed her desire to write novels. Gollnitz loves spending time with her family, reading, and quilting.