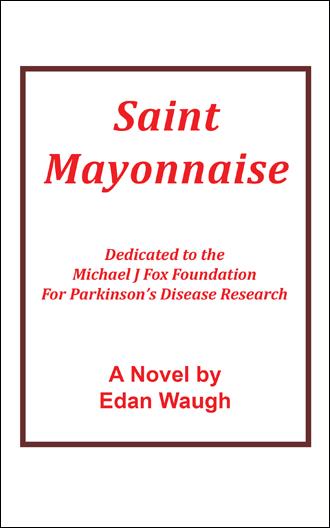 John Sullivan is a man at the end of his rope. A dozen years ago with his wife, he abandoned his gaudy legal practice and, names changed, relocated to Dennis MA, to spend their final years with her Parkinson’s Disease out of public view. John has two nonprofits dedicated to refugee relief funded with questionable monies. He has brought the nonprofits and the monies to Dennis and has renewed with his wife their commitment to die together at a time of their own choosing. John writes a weekly column for a local newspaper on the confusion of contemporary morality and struggles with the memory of a former partner convicted of murder. Can my hands destroy what I love? The day of action is at hand and with his wife they resolve to proceed only to stumble on a pittance. Pope Francis is seen to appear to the gardener and his family of Honduran refugees. Their travel from Honduras is retold in graphic detail. The town of Dennis goes wild as cures tumble on miracles on a nightly basis and plans for a basilica unfold. Helicopters buzz the Sullivan enclave as a tourist attraction. Man is the measure of all things for John Sullivan and family. It is all a ruse. A parade of rich characters unfolds. Their daughter’s plans for pregnancy are frustrated. An ambulance comes repeatedly. A trust beneficiary arrives announcing her leukemia has returned for the third time. The publisher wants to sensationalize the miracles and engages another reporter to make sure it happens. An aging pop star arrives to die in privacy announcing it is the last service an attorney can provide. A rough hand appears to claim his monies. Can the fraud of an apparition be exposed? Will that be the end of it?