Summary of some of the best and worst known insurance stories across the decades. 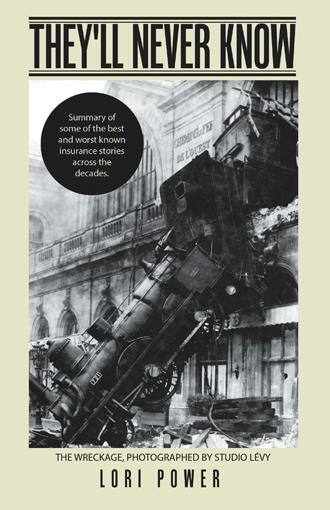 Serial fraud is not a business plan
Theodore Robert Wright III had the persona of a jet-setting, risk taking millionaire businessman. At least that’s what his social media feeds reflected. The feed included a fascinating life of adventure. He made himself known as someone who took part in risky business schemes, arms dealing, and landing planes in dangerous situations and always coming out on top. Perhaps what was less well-known was his habit of destroying luxury cars, boats, and planes from the Pacific to the Gulf of Mexico in an effort to collect on the insurance.
For this convicted insurance fraudster, he made loss, damage, and personal injury insurance claims to various carriers, including State Farm, Catlin Insurance, Old Republic Aerospace Inc., and Progressive Insurance to name a few.
While it’s not uncommon to insure luxury items for more than the purchased price, Theodore was making a profitable living off destroying extravagant vehicles and collecting the insurance payout.
This seems to have kicked off back in March 2012 when Theodore purchased a 1966 Beechcraft Baron plane for $46,000 and insured it for almost double the market price at $85,000. Only one year after purchasing the craft, Theodore crashed the plane somewhere in the Gulf of Mexico. The plane was conveniently never recovered, but Theodore and his friend Raymond Fosdick managed to salvage a water-proof iPad that they used to film themselves in the middle of the ocean waiting to be rescued. This video eventually made its way to the internet where Theodore garnered national attention. What was most notable about this video is how calm Theodore and Raymond seemed to be after what was supposedly a traumatizing and unexpected plane crash.
As if getting paid $39,000 for crashing a plan wasn’t enough, Fosdick proceeded to sue Theodore for personal injury to the tune of $1 million. While the lawsuit was eventually settled by the insurance carrier for $100,000, it was later discovered that at least some of that money was then transferred to one of Theodore’s companies.
Between the plane and the lawsuit, Theodore was making some decent money, but this was just the beginning. In 2013 Theodore bought a salvaged 2008 Lamborghini Gallardo for $76,000 that was insured as if it was brand new. When he crashed and flooded it, he earned $169,554 on the insurance payout.
Only a few months after crashing his new car, Theodore purchased a 1971 Cessna 500 Citation aircraft for $190,000. Despite being grounded for two weeks, Theodore’s new plane went up in flames at Athens Texas airport in 2014. The craft was insured for $440,000, which was paid in full due to the loss.
Planes aren’t exactly known for bursting into flames when left unattended on the tarmac, which is why it should come as no surprise that this was the first of Theodore’s “accidents” that caught the attention of the Bureau of Alcohol, Tobacco, Firearms, and Explosives. Subsequent investigations were also conducted by the FAA Law Enforcement Assistance Program, the Texas Department of Insurance, and the National Insurance Crime Bureau.
Clearly Theodore needed to come up with more elaborate schemes than just crashing his cars or lighting his planes on fire if he was going to evade authorities. So, in October of 2014, not long after the Cessna tarmac barbecue Theodore bought a 1998 Hunter Passage Yacht for $50,150. Instead of sinking this boat himself, Theodore sold the boat to a man in Honolulu for $193,500. The Honolulu man bought the boat with a loan Theodore had supplied to him through a mortgage company Theodore had created. The vessel was sunk in 2016 in a Ko O’lina, Hawaiian marina and the $180,023 in insurance proceeds were paid in full.
Despite Theodore’s more sophisticated methods of committing insurance fraud, the feds eventually uncovered his schemes, and, in the summer of 2017, Theodore was arrested in in Nevada by the US Marshall Service. In his first court appearance, Theodore was represented by Gabriel Grasso, one of the lawyers who had also represented O.J. Simpson.
In December 2017, Theodore pled guilty to conspiracy to commit arson and conspiracy to commit wire fraud. Theodore was sentenced to 65-months in federal prison and had to pay $988,554 in restitution. However, one article suggested Theodore claimed he had accumulated more than $35 million in fraudulent insurance claims around the world, though none of that has been proven.
Theodore Wright is set to be released from his sentence in February 2022. 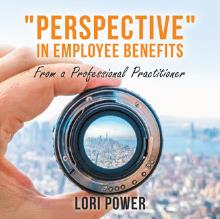 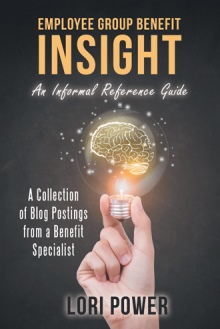 Psychologically, people’s relationship with insurance is a complex, emotional journey. In reality, the simplistic, uncomplicated manner of insurance is a beautiful thing. It is designed like a lottery that always pays when a specific future risk element is incurred. And yet, time and again, there are an abundance of illustrations showing abuse and gratitude working in kind, usually fueled by an entitlement attitude that they’re somehow going to scheme to take more. These are their stories.

Lori Power is an independent group benefit consultant, specializing in designing strategic employee group benefit plans to align with the corporate, compensation, culture, and wellness policies of each organization she serves. Their diverse needs, combined with engaging with employees from all walks of life, backgrounds, cultures, provide inspiration on the moments and stories which are the tapestry of life. This ability to help and engage is the “why” she does what she does and how this book came into being. Lori Power is the author of several fiction and non-fiction books, a public presenter, educator, creator, zoom caster, blogger and so much more.