Governing on the Ground

The Past, Present, and Future of County Government 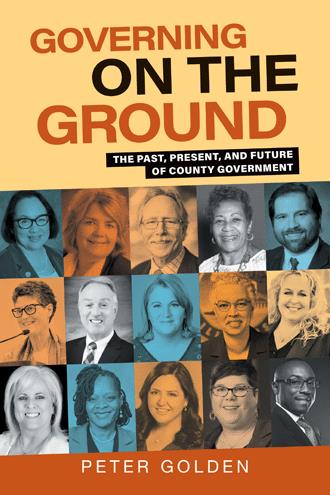 There he was, my son, Patrick, in a hospital bed, only thirty years old, and gone after lingering for two weeks in a coma.

Patrick had struggled with drug addiction for a decade and though I knew it was irrational, I felt as if I should have saved him.

Yet as a grieving mother on that August day in 2017, I was in a unique position. Three years earlier, after serving as the chief financial officer of Janicki Industries, an engineering and manufacturing company, I was elected to the county board of commissioners. I’d run believing that more government officials should have a business background to help plan beyond the usual one- or two-year budget cycles. Now, though, I saw another opportunity. The three commissioners on the board also function as the board of health, and in that role, I would have a chance to spare others our heartbreak.

Skagit County, with a population at just under 130,000, has its share of drug problems. Overdose deaths doubled in the wake of the COVID-19 pandemic. No surprise given the isolation and depression and that two of the most popular drugs are also two of the deadliest—oxycodone and fentanyl.

I spoke to commissioners from all over the country and heard about their approaches to substance use. The thing about opioid addiction is it doesn’t matter what political party you are. We all want to keep our family and community safe.

The Skagit Board enacted programs to provide—free of charge—Narcan, a drug that counters opioid overdoses, and the training on how to administer it; a syringe exchange; needle cleanup kits; a secure way for people to dispose of leftover medications; connections to treatment services; and fentanyl test strips, which are used to determine if street drugs like cocaine or heroin contain fentanyl, a few grains of which can kill an adult.

I saw another way to help. If I couldn’t save Patrick, maybe I could contribute to saving another mother’s child by telling his story and mine.

I had a platform beyond my seat on the board. I’ve lived in Skagit County for the last thirty-eight years. I was raised in Alaska and met my husband Mike while we were students at Gonzaga University. His family has deep roots here. Four generations have worked in the timber business; Janicki Industries is the largest private employer in the county. All five of our children were well known in the community. Patrick’s memorial service in the Cascade Middle School gymnasium and his funeral Mass at Immaculate Conception Church were packed.

I began to speak to groups, to journalists, to friends, to strangers who came up to talk to me. I even wrote an essay for a magazine. One story that has stayed with me was my conversation with a friend whose thirty-year-old daughter was in the hospital. She had overdosed on opioids and her heart was failing. I sat with my friend and her ex-husband in the waiting room, offering words of comfort and encouraging them to talk to their daughter before it was too late. I never in a thousand years thought this young woman would survive. But she did, and her parents, who had gone through a contentious divorce, came together to support her. Later, they told me she’d had a baby and was living a clean life. I still get goosebumps thinking about it.

During my interactions with people, I heard stories of addiction and the shame that often accompanies it. Shame leads to silence, a primary roadblock to addicts asking for help. That shame is rooted in the cliché of drug addicts—men and women from troubled families, wandering the streets, committing crimes to support their habits. In some cases that is true, but not in all, and certainly not in Patrick’s. His story proved that if addiction could overpower him, it had the potential to overpower anyone.

In 2007, Patrick was at a county fair climbing a pole during a logging demonstration when he fell and broke his back. The neurosurgeon said Patrick would have been face down on a bed letting his vertebrae heal if he hadn’t been in excellent shape—he was a former wrestler who had qualified for the state tournament four years running. Instead, Patrick wore a metal-framed brace that allowed him to attend classes. Before he left for college in Spokane, I remember saying, “Patrick, take care of your back and do what the doctor tells you because if you don’t, you’ll regret it when you’re forty.”

Patrick returned in the summer. I’d see the pill bottles in his room and a box of fentanyl patches. I didn’t know what they were, but they had prescription labels from our doctor. I wish I’d recognized the risks of that medication. I would give anything to go back and intervene.

By the fall of 2016, Patrick had fought a decade-long battle against back pain, and he informed us that he was addicted to prescription pain pills and was entering treatment. I was shocked but encouraged by his responsible decision. And I was optimistic. Patrick was his usual upbeat self; he had a good job, plenty of friends, and a supportive family.

After five weeks in treatment, Patrick came home. He attended several meetings a week with his support group. But outrunning addiction is tricky, and by the following summer, Patrick took what he thought was an OxyContin pill and went into cardiac arrest. The pill wasn’t Oxy. Even after a toxicology screen, we didn’t know what it was. We do know that it cost Patrick his life.

Since then, I’ve discovered a lot of families have dealt with this, very quietly. And that quiet, I believe, is the enemy.

County government is one of the most consequential, least understood levels of government in America. Specific county roles and responsibilities vary widely from state to state— and even within some states— but county governments everywhere play an important role in serving residents and communities.

What is often overlooked is that county governments are institutions comprised of people— county officials who live and work in the communities they lead. They are our neighbors, coworkers, family and friends.

Now, the National Association of Counties, which represents county governments in Washington, D.C. brings you the testimony of thirty officials and offers a glimpse into their efforts to help people and places thrive.

Since the seventeenth century, counties have served as the backbone of a country that longs to control its own local affairs. With the publication of Governing on the Ground: The Past, Present, and Future of County Government, you will finally read how this is accomplished.

Peter Golden is an award-winning journalist, historian, novelist, and the author of nine books. He has interviewed Presidents Nixon, Ford, Reagan, and Bush (41); Secretaries of State Kissinger, Haig, and Shultz; Israeli Prime Ministers Rabin, Peres, and Shamir; and Soviet President Gorbachev. His latest novel, Nothing is Forgotten, which explores the connection between the Holocaust and the Cold War, is published by Atria Books/Simon & Schuster. He lives outside Albany, New York.