Health Care during the Era of Mass Immigration to America 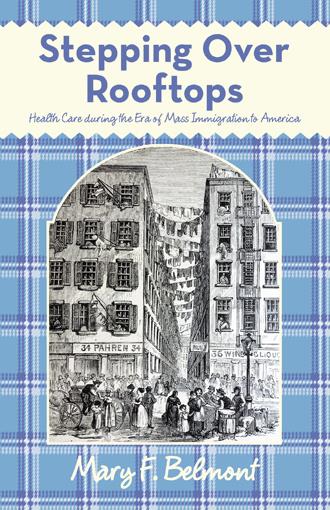 It could have been mistaken for the soft meow of a hungry kitten. But the whimpering sound was too familiar to the oldest child in a family of five boys and two girls for Kenneth to be wrong about what he was hearing. Officer McCarthy grabbed a long wooden plank from the debris and lowered one end of it to the basement floor while securing the top end with his strong gloved hands. Kenneth O’Shea kept his balance by shifting from side to side as he crawled down the plank into the darkened basement. He found his footing, as listened carefully. Just a short distance to his left side, he stooped over a gently brushed the ground knowing what he would find. And there it was. Kenneth lifted the newborn baby into the bend of his elbow and began to climb back up the plank.

Wrapped in a clean but threadbare blanket, this baby was just a few hours old. It was not hard to guess that the parents just could not afford to feed another mouth. Many newborns were abandoned in places where it was hoped they would be found and cared for. Perhaps, whoever brought the baby here was still watching, and could leave now knowing that this little one would be safe.

“Can you manage? Careful, now,” encouraged Officer McCarthy as Kenneth reached the pavement. “Best we hurry to the hospital with this wee one,” he said as Kenneth unbuttoned his blue uniform jacket and slipped the bundle inside and up against the warmth of his chest.

They reached the Emergency Room entrance of New York Hospital just as the counter clock chimed three times. Just like Officer O’Shea, Miss Campo was experiencing her first tour of night duty as a student nurse.

A darling, tiny newborn baby. Our baby. Yes, she is our baby for now. Jade and I were on duty for the first time when the two policemen brought her to us. We placed her in a woven basket lined with soft, cotton blankets, near the fireplace to keep her comfortable and warm. She took little bit of water and a little bit of goat’s milk every few hours throughout the night. When no one came to the hospital to take her home, Miss Sutcliffe agreed that she could stay with the student nurses until she can be properly adopted. We named her Laura, and I wish she were really mine. Baby Laura’s rescuer signed the Registration Book as Officer Kenneth O’Shea.

It is 1892 and most young women from poor immigrant families have little choice about their futures. Many spend long days working in crowded garment factories, earning just pennies a day. Most are expected to marry and produce children while helping family businesses and caring for aging relatives. Only a lucky few are selected to enter nurses’ training in New York City’s Lower East Side during an era of mass immigration.

Eighteen-year-old Rosa Campo is the daughter of Italian immigrants and one of the lucky few chosen to train to become a nurse. While she progresses through her professional journey to save the life of an abandoned newborn and grieve with an older Jewish man whose wife passes away unexpectedly, Rosa befriends another student, Jade Ling, born in America to Chinese immigrants. As they learn to step from rooftop to rooftop when caring for poor patients who live on the least expensive top floor, Rosa and the other nurses diligently work to fulfill their dreams of healing and changing the world by advocating for healthcare for the underserved.

Stepping Over Rooftops is the historical tale of a young Italian nurse trainee’s journey into adulthood as she works alongside patients, teachers, and other students to contribute to the promise of America through healthcare.

Mary Belmont is most proud to be a third-generation nurse midwife and to have served in the military. A graduate of Cornell University New York Hospital School of Nursing and Columbia University Teacher College, she is currently a distinguished lecturer at Hunter College Bellevue School of Nursing.