An Appeal to We the People

by Rogerio A. Duarte 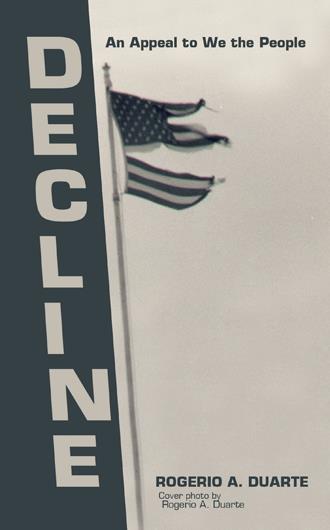 It is within this framework that I have decided to muse on what exactly has gone wrong with the great experiment that is the American Constitutional Republic. As with many things in life, it’s complicated and multi-faceted. But where to begin? Perhaps with a list? In no particular order, we have:
Overreaching, out of control government
Self-serving, power mongering politicians
A failed war on poverty
A failed war on drugs
Excessive criminal violence
Lack of respect for law and order
Abandonment of self-reliance and responsibility
Unchecked illegal immigration
Declining or non-existent morals and values
The scourge of fatherless children
An underperforming and misguided education system
The rise of secularism
The assault on biology and language
An ongoing war against the Natural Right of self defense
Unnecessary sexualization of children
Political correctness and wokeness
A mass media that is overwhelmingly polarized

Some of these started gaining traction in early 20th century, others are more recent. But the process accelerated significantly in the 1960s. Since then, the downfall of our society has continued unabated. Nearly insurmountable obstacles stand in the way of fixing the disease that has crippled us. It has many faces and allies and most often goes by multiple names, such as Progressivism, leftism, socialist democracy and liberalism. This cancer must be countered if the long standing and time-tested ideals of the American Republic are to survive. But how? How do concerned citizens rage against the mighty juggernaut that we have allowed to grow to a point of virtual non-containment?

By fighting back with reason, logic, common sense and a healthy dose of belief in the Constitution of the United States of America. This offensive must happen soon, before all is truly lost. We must counterattack from the ballot box and the jury box. And, if ultimately necessary, the cartridge box.

I am not a supreme wisdom, yet I do have wisdom to offer. There are those that will refute the doctrine contained herein. To them I say listen to the words, and take heed, and perhaps the blinders will be lifted from your eyes.

Conceived in violence and strife, the greatest nation to ever develop in human history was born July 4, 1776. The United States of America was a bastion of individual freedom, enclosed in the framework of a constitutional republic.

It endured for more than a century through trials and errors, but then the enemies of liberty began to chip away at the grand edifice of the republic. Progressive, left-leaning liberalism started to rear its ugly head and make demands. Many of these were held in check, but some slipped through to plant the seeds of dissent in the fabric of the nation. Those seeds took root in the 1960s and have borne rotten fruit ever since.

This is a guide for the modern constitutional conservative with common sense. It explains what has gone wrong in the republic and why. It also offers encouragement to those who would take back the mantle of 1776 and reshape the political landscape.

The Declaration of Independence tells us that whenever any government becomes destructive that it is the right of the people to abolish it and start anew.

Rogerio Duarte, a father of two, is a systems engineer. He loves travel and history, and his musical tastes range from easy listening to heavy metal. He’s worked as an undercover investigator, middle school math teacher, and in the military. He lives in southeastern Massachusetts.