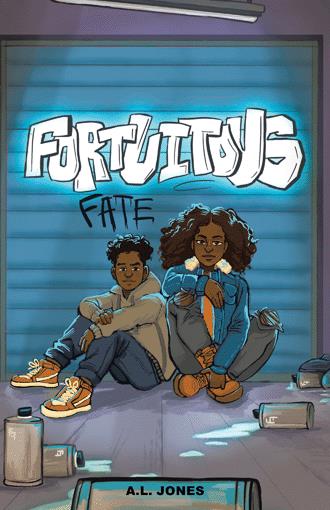 Fortuitous Fate is an multi perspective journey. A thrill ride for a thousand eyes. When N’jeri Solarin makes a promise to reunite Ajay with his father, she never expected it to take over ten years. Now, she’s digging through uncharted soil, even other countries, to make it happen. But never did she expect to discover the hidden truths behind his disappearance, including the many individuals who are also in search of this man. Who is this Dr. Muresh? Why is he the most wanted man in the new world? And why is every new person N’jeri meets along the way connected to something larger? Is her and Ajay’s journey fortuitous...or is this fate?

A. L. Jones is an author, husband and father from Chesterfield, Va. Born with a passionate love for fantasy and science fiction, he’s drawn to compelling storytelling and wild imaginations. A simple man with guilty pleasures like sushi, manga, anime, films and sports, along with skills like cooking and speaking to sum up the rest. But most importantly, this writer would be foolish to forget that he’s nothing without his wife, Maggie and three sons, Kyadine, Amir, and A’shad.