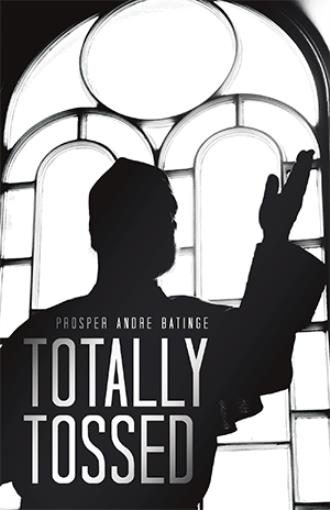 Chapter 6 The Holy Mountain The Ignatian Holy Mountain is ordinary at the nave. Not so at its zenith. The top compels the gazer to look again. And again. And yet another sustained look again. The cross sits at its apex. And because the canopies of trees give the buildings a dark look, the lights are on day and night, especially, during winter, ensuring that the place is as bright as noonday, even at night. The view of the Ignatian Mountain, commonly called the Holy Mountain, is a big-lighted Christmas tree. The towering sight is certain to draw the average casual looker to want to know more. The road up is not difficult to find. Except you want to climb the 11,000 feet on foot, which few do, a helicopter is the preferred means up. The Jesuit Spiritual Center, which the Holy Mountain houses, gazes down at the small town of Rochester from its gilded perch at the edge of a cliff. Located at the out shirks of New York State, the remote town of Rochester surrounds the Holy Mountain. The Rochester Fall runs down the Holy Mountain through the little city, finding its way many miles later into the Niagra Fall. The falling spring is not seen from the town, but its sound massages the ears. The sound compels the listener to want to hear more. And more. And a step a little closer even deepens the desire to want to hear more. The road to the spring side is not difficult to find, either. Another helicopter is ready to pull tourists up. The breathtaking view of the Ignatius Spiritual Center reminds the keen historian of Earthrise–the photo of the earth that astronauts took on route to the moon on the Eve of Christmas in 1969. Earthrise reveals from space a blue ball so peaceful and so perfect. The beautiful, blue planet would have compelled, Michael Collins, Edwin “Buzz” Aldrin, and Neil Armstrong, the astronauts from the earth on their way to the moon, to re-route to the earth if they were not citizens of the earth and knew it very well. Earthrise didn’t reveal the turbulent events of that year: the cold war was dividing Europe; the Vietnam war was ongoing; and in America, we slain Dr Martin Luther King Jr. as well as John F. Kennedy. All on this beautiful, blue earth. But Earthrise reveals part of a cosmic beauty that is nothing but peaceful. 1969 is the year the Jesuits bought the mountain from native Americans and christened it St. Ignatius Holy Mountain, now popularly called the Holy Mountain. Likewise, within the calmness of the Holy Mountain are wars and turbulences of a different sort: people seeking the face of God in their troubled lives. The beauty of the Holy Mountain and the silence of its guest retreatants conceal any internal turbulences on it. Like Earthrise, which of course portrayed the beauty of the earth, some retreatants radiate the goodness of God. Others radiate with gratitude God’s blessing. But quite a number are troubled souls seeking meaning and direction in life. On October 29, 2017, at the Holy Mountain is a worried man. A Jesuit priest who until now was also a philosophy professor at Harvard. It has been excruciating weeks of waiting for him. The allegations are very damming, especially, if proven true. He won’t recover, either, if they’re proven false. So he is caught between the devil and the dead sea. He is totally tossed. The accusations take a toll on him. Of course, none of these troubles are seen in his outward calmness—like earthrise— he is perfectly calm. The archbishop of Boston, the Most Reverend George Gaskell, orders him to stop teaching while the committee of investigators do their work. And he has also been asked to stop saying the Holy Mass until the investigations are concluded. Both deprivations do a terrible blow to Father Priestley Plubriuschola, SJ. He can’t say Mass as a Catholic priest; he can’t teach as a Harvard professor. The priest-professor is a fish out of water. And so seeks solace at the Holy Mountain. Sometimes, Father Plubriuschola wonders which suspension is more severe: The teaching at the university or the saying of Mass at the parish. He loves both the classroom and the alter. He loves being a professor and a priest. The former allows him to engage younger and adventurous minds on the ultimate questions of life as a professor of ethics and philosophy in the leading university of the world. The latter rekindles his life of faith as a priest. In fact, the two professions, nay, the two callings, are essentially the same for Father Plubriuschola. The teaching is faith seeking understanding; the Holy Mass is faith in action. He takes both callings–a professor and as a priest–seriously. That is his life. His only life. The investigations are snailing on forever. Slower than the slowness of Rome in canonizing saints of yore. So Father Plubriuschola waits in great pain and anxiety for weeks now for a verdict that is a significant lost for him whichever way it goes. It’s a situation of complete hopelessness. Father Plubriuschola is done and over. Totally tossed. But Father Plubriuschola is a man of great hope and faith. A hope and faith almost incompatible with his great intellect. The truth, he knows, always has the last say. But he isn’t naïve. The truth could take too long to emerge, sometimes a millennium. Sometimes not in a man’s lifetime. And while waiting for the truth to surface, an innocent life could be destroyed.

Totally Tossed traces the journey of the Rev. Fr. Priestley Plubriuschola, SJ, a Jesuit priest, who is falsely accused of sexual harassment and defrocked, as he searches for a new life and identity, one totally different from his former life as a Jesuit priest and as a university professor. To his surprise, he succeeds in carving a new life full of meaning and even greater consolation.