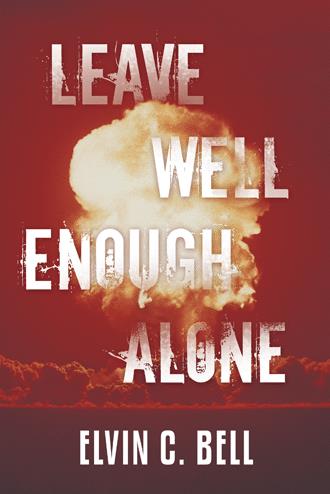 Bertha, the sales lady, who had hundreds of Stingers to sell at her usual exorbitant markup, stood at attention with the heels of her jungle boots touching and toes at a 45-degree angle. She looked at her guests in the bleachers. They had formed small clusters as they talked, waved, shrugged, nodded and gestured.

The host moved her right foot sideways about eighteen inches. Then, with a quick motion, she slammed her right heel hard against the left heel. The loud metallic sound was an immediate attention-getter.

Bertha suddenly faced the quietest and strangest collection of rogues she had ever seen.

The unholy alliance also included the usual camp following hangers-on; the dot-coms, the non-coms and the hot-moms.

Bertha knew she did not have to conduct a hard sell. The customers in the bleachers already wanted the Stingers. Especially those who had drug interests in South and Central America or the golden triangle.

The customers were well aware of the U.S. “mercenaries” who were flying missions over guerrilla-infested coca fields, manning remote radar stations, and working perilously close to the front lines of the U.S. initiated drug war in Colombia.

It was common knowledge that the U.S. government had a $1.3 billion contract with D.C. beltway companies to supply equipment and a rowdy group of daredevils, mechanics and pilots to eradicate coca crops and heroin-producing plantations.

However, as is the case in most U.S. operations abroad, there was a hitch.

U.S. contractors conducted a massive aerial drug fumigation of 75,000 acres in northern Colombia to exterminate the coca fields. The operation was a costly, dismal failure because the sprayings killed only vegetable and orchard crops, and left thousands of farmers and villagers sick with no other source of income.

In the meantime, leftist guerrillas and rightist paramilitaries take turns protecting the cocaine traffickers for a share of the profits.

It was just a matter of time, Bertha knew, before her income would at least double, with no heavy lifting on her part.

Her profits would increase dramatically because the United States could no longer play strictly an advisory, albeit a financially draining, role. It was being unequivocally sucked into the vortex of a 40-year civil war. And the sooner the better.

Bertha needed a Central-and-South-America “Vietnam War” issue to create the new position of President of the Organization of American States.

Why rule a country, large or small, when one can dominate an entire continent? Or two continents?

Bertha looked at the customers in the bleachers. Without the heroin and cocaine plantations, a huge portion of their funds would be eliminated. With a U.S.-financed war in Colombia and neighboring Ecuador, Bolivia and Peru, the price of a kilo would triple.

It was time to merchandise the Stingers.

She smiled at her guests, bowed, turned to the tent and yelled, “Launch the first drone.”

Bertha Aurora Dominguez is an alluring and provocative woman of considerable wealth. As the United States Delegate to the Organization of American States boards a plane from Santiago, Chile, to Atlanta, no one knows that she is also the leader of an international terrorist network—except perhaps the nun who has strategically seated herself two rows in front of her in first class.

Over the years, Dominguez, also known as Big Balls Bertha, has developed a heart as hard as diamonds, a stomach of iron, a tearless eye, and the ability to utilize various disguises and surrogates to outsmart the FBI, CIA, and Interpol agents determined to capture her. She hates trespassers and America. When she contemplates what America’s war forces have done to so many countries that include Kosovo, Vietnam, Afghanistan, Iraq, and Syria, Dominguez’s hatred of America grows. As she slowly transforms her apartment into an arsenal to be used by her mercenaries to rid the world of trespassers, Dominguez unfurls an evil plan that, if she is not stopped, has the potential to destroy America forever.

Leave Well Enough Alone shares the heart-stopping journey of a female terrorist as she embarks on a resolute mission to destroy the United States.

Elvin C. Bell served sixteen years in elected public office in California. He is a former correspondent for Time magazine and a retired USAF Colonel. During the Iron Curtain era, Elvin led intelligence missions into Russia, Poland, and Czechoslovakia. He also commanded a Combat Support Group, and served four special assignments in the White House—one as presidential advisor during a United States-Soviet Union summit conference. This is his fifteenth book.