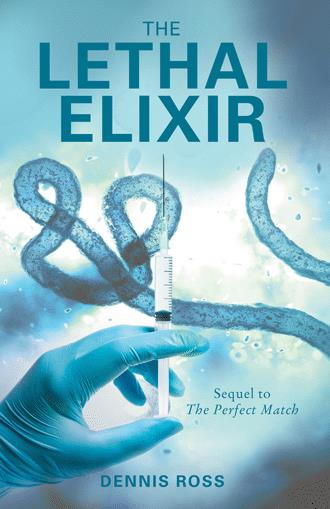 Jason Turley entered Mickey’s Bar and Grill not far from his apartment. It was only a Thursday night but since moving to Chicago his life seemed out of sorts. Other than work, there seemed little else that gave him any pleasure. He knew very few people in part because he tended to keep to himself. His previous encounters with women weren’t all that successful and he wasn’t particularly close to his family. As he entered the poorly lit establishment, he found a small table in one corner of the room. The place was smoky which made his eyes water slightly, but he didn’t mind. He just wanted a stiff drink to take his mind off his miserable existence. There were very few people in the bar which was fine with him. He wasn’t really in much of a mood to talk with anyone. A waitress in a very short outfit came to his table and asked him for his order. Glancing up, he subtly glanced over her figure. He hadn’t had much contact with women lately so seeing this attractive waitress made him realize that he missed going out with someone of the opposite sex.
“I’m Sheila. Is there something you would like from the bar?”
“Sure, how about an Old Fashioned?”
“Any particular whisky?”
“I like Templeton Rye. Do you have that?”
“I’m sure we do. On the rocks?”
“Perfect.”
Snacking on the nuts and pretzels, he caught out of the corner of his eye an attractive woman by herself directly opposite him. He hadn’t noticed her when he first came in probably because of the dim lighting and smoke. She seemed lonely simply staring ahead but then she turned and looked directly at him and smiled. He was taken back initially but smiled back. She had ordered a gin and tonic which had just been delivered to her and she whispered something to the same waitress that had waited on him. A few minutes later, Sheila came over to his table.
“That lady over there asked if she could join you. She’s here alone, and she thought that the two of you could get to know each other.”
“Sure, why not. Have her bring her drink over.”
A few minutes later, she had joined his table and extended her hand as she sat down.
“Susan, Susan Miller. You looked a little lonely over here so I thought we could get to know each other. Maybe we could commiserate together.”
“Jason Turley. So, I guess you have something that you’re unhappy about.”
“Well, I guess you could call it that. It’s called a husband. Frank and I aren’t exactly getting along. I’m not sure that we ever will. It was never a great fit from the beginning. He’s miserable to be around. He seems to care very little about me; gone all of the time and not very friendly. We’ve been married for five years, but I can’t imagine being married to him for five more.”
“I’m sorry to hear that. Maybe it’s why I’ve never gotten married. I’ve always been concerned that after the honeymoon I would look at her and say, “What have I done?”
“Here’s some advice. Take your time and make sure before taking the big plunge.”
“Do you have any children?”
“No, thank goodness. That would have really complicated things.”
“So, where’s your husband tonight?”
“Gone away on business as usual. I kind of wonder if there is some other woman in his life. Can’t prove it, however. So, what about you? What do you do? Are you connected with someone?”
“I just moved here from Washington D.C. I worked for the government there and at times I miss that job. Now I’m into finance which quite frankly is boring. In D.C., there was always something exciting going on and no, No one special in my life.”
“So, no girlfriends? I would have thought that a good-looking guy like you would have three or four?”
“No, not exactly like that. I’ve had a few but none that I really fell for.”
“What was your government job?”
” I worked at the Pentagon. I was in an area of bioresearch. I know it seems strange that if I’m a financial analyst, but they needed someone to crunch numbers. You know it’s a crazy world out there. We were looking at all the non-traditional weapons that could be used in war.”
“How interesting. Like what. I have to say I don’t keep up on new weaponry,” she said smiling.
“I’m sure you don’t,” he said smiling back.
“Besides the usual bombs and bullets, there’s gas warfare and germ warfare. You probably know that gas warfare is banned but it seems to still crop up in third world nations. Germ warfare, that’s a little newer. With the broad use of antibiotics in the world, bacteria and viruses are becoming more difficult to treat. Now if you modify them in a lab, you can make them very lethal.”
“Interesting, but very scary if you ask me.”
“Now that’s an understatement. Germ warfare could wipe out millions without firing a shot and no loss of life on your side. That is unless it would get out of control, so if you have the germ weapon you better be sure you also have the treatment for it.”
“I can see that. What an interesting job. So why did you leave?”
“I suppose I was getting a little restless in the job. No social life and I thought that a move to another city might help that. So far I would say nothing much has changed.”
Staring directly at him she said, “Maybe I can change that?” 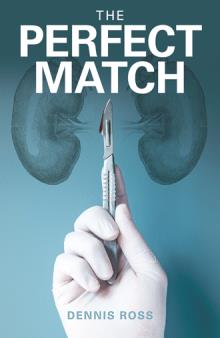 When Alex Williams, a quiet Deaconess Hospital Laboratory employee falls ill with a highly contagious and lethal infection, the entire hospital staff panics worrying about their personal exposure and they don’t show up for work. Hospital executives are concerned about the hospital’s image and the possible negative publicity. And Maggie Hamilton, the infectious Diseases Specialist, is perplexed where he could have acquired the disease. After medical scrutiny, they found that Alex suffered from a “weapons grade” strain of Ebola infection that could potentially spread and become a worldwide lethal epidemic. As more evidence surfaces, the medical specialist and her newfound FBI friend, find themselves travelling across the country to locate the perpetrators before the elixir is unleashed upon the world.

Dr. Dennis Ross is a respected nephrologist in Wichita Kansas and author of The Perfect Match. He is a clinical professor with The University of Kansas Medical Center Wichita and has published extensively in scientific journals. He and his wife have received several awards for their philanthropy supporting their church and the arts.