Book 4 Part II Sparrow Wars in the Garden of Bliss 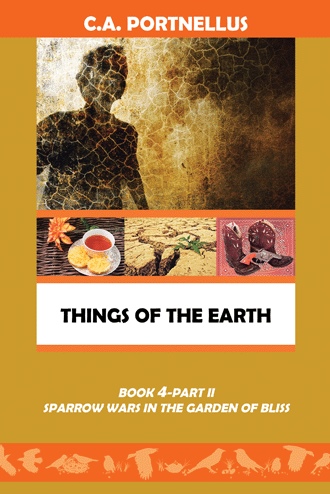 Beatrice, ebullient as she greeted her daughter and grandson, bustled about like a happy flustered hen. Elise did not visit her often and the visit last summer Beatrice felt, was cut short. Elise then had far too many things on her mind to visit properly. Beatrice hoped there might be a longer visit this time. She also was of the mind, that Elise’s appearance on such short notice also had to do with another falling out with her husband, Barton. Beatrice tried not to press the issue. But had accidently let the words fall that she was glad Elise and Barton were fighting again, otherwise she would never see her daughter or grandson! That remark over their late supper of chicken croquettes and cherry gelatin with fruit cocktail, had earned Beatrice a haughty dark stare from Elise.

“Maman,” Elise softly explained in French, “Let’s not go into anything right now please. Can’t you see that Francis and I are bushed from the long drive? I would like to eat in peace.”

“Moi aussi.” Francis mumbled catching the eyes of both women. “Une autre croquette s’il vous plait Grand Mama.” He held out his plate and waited for Beatrice to oblige him.

Beatrice’s composure ruffled, resembling now a piqued wet hen, her bubbly mood evaporated. She stiffly responded, “Oui mon p’tit, une autre.” She plopped a crispy cone on his plate, topped it with gravy, and added a rounded spoonful of green peas with pearl onions and another square of wriggling gelatin.

Francis started to complain about the peas, he didn’t want them, but Beatrice spoke aloud cutting him off.

“Well, I am glad to see that someone appreciates the nice meal I have prepared on such short notice.” Beatrice admonished in an insulted tone, but gave a wan smile to Francis and a cold eye on her daughter. “So what do you think of my mushroom sauce? It is a new recipe I found in a magazine, all from a can of soup with a touch of cream and …”

As she listened to Beatrice, Elise nodded and ate in silence for several minutes feeling the strain already among the persons around the table. Francis avoided the peas and after crunching on the crisp chicken croquette spooned up the melting red gelatin. He dared to look at Elise and made a face at her, sticking out a red tongue with a bit of melted marshmallow on it. He then grinned like a pink-faced orangutan. Elise began to chuckle and then laugh which caught her mother off-guard.

“Whatever is so funny, Elise?”

Elise sighed, “Oh Mother, life is just a big roller coaster, isn’t it? My life never seems to be a pleasant boat ride through the Tunnel of Love. It is the damn Coney Island Express, and a constant race from bottom to the top until someone throws up!”

“Elise! Where are your manners girl?” Beatrice placed a hand on her breast looking shocked, her blue eyes wide. “We are eating for heaven’s sake!”

She patted her mother’s hand, “I know, sorry. I might as well tell you what is going on so you won’t be shocked later, if anything should happen.” Elise rubbed the spot between her eyebrows and sat for a moment to compose her thoughts. She raised glazed dark eyes at her mother, “I believe Barton is involved with another woman.” 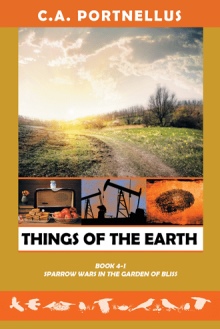 It is 1954 and Barton Barre has not only survived World War II, but also come home a hero, thanks to his family’s lucky phoenix. However, for this man of action, fortune is as fickle as is his heart. Now as he works to build a Texas oil empire, he must also keep his beautiful wife, Elise, and their son, Francis, content. Unfortunately, for Barton, this challenge is not easy as temptation and greed influence his every move.

Elise is a devoted mother who also faithfully follows Barton despite his callousness and lies. She knows his soul and believes he is the beast that only her love can tame.

Francis is a resilient boy who has learned early that when it comes to his father, he comes last. As he matures, strives for perfection, and exceeds his parents’ expectations, Francis still manages to fall into the shadow of their demanding lives. As temptation knocks on his own door, life leads Francis down a new path where every decision comes with consequences and he ponders whether he is now a victim of the dreaded La Barre family curse.

In this continuing multi-generational tale, fate and luck, play havoc with the Barre family during post-World War II Texas where love appears to be the only key to bliss.

C.A. Portnellus is an artist who believes in fate and the chances that can lead to bliss or ruin with cascading consequences. He happily resides in California with his soul mate and fur-baby muse. Things of the Earth is the fourth book in the La Barre Family Saga series.