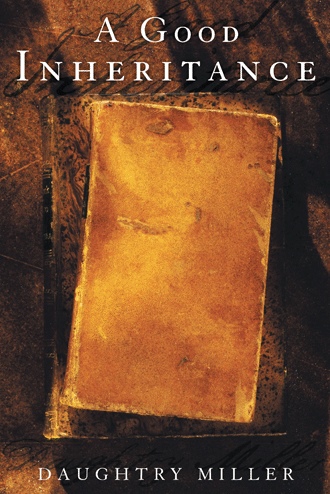 It was the last Friday in October. It was dry and cool, perfect weather for a football game. We were getting ready to play Newton in the game that would probably decide the conference championship. I had walked the mile and a half from my house to Winnville High, the county’s consolidated school for white kids, to suit up for the game. Coach had told us to get to the gym’s locker room by five so that we could dress out, review the game plan, warm up, and be ready for the kickoff at eight. As I approached the gym, I noticed a couple of other players who had already arrived-and Birdie Culpepper, a pest who wasn’t on the team but who liked to hang around at practices and games.

Birdie was waving a Civil War muzzle-loader that he had sneaked away from his dad, who collected guns. “Run, Wade,” Birdie yelled, “run, or I’ll shoot you.”

“Birdie,” I said, “I’ve got to run back and forth on that football field for three hours a little later and I’m not running now.” He was about twenty-five yards away; he leveled the musket and fired.

“Damn you, Birdie; I’m going to whip your ass,” I hollered, as I started chasing him. After a few paces, I felt a piercing pain in the lower part of my right leg. I sat down, pulled up my pants’s leg, and almost fainted. Flesh was dangling out of the gaping hole in my leg and blood was spurting. By then, Birdie and the other boys had run over; Birdie was so terrified he threw up. They put me in his car, and Birdie rushed me to the county hospital about a mile away with the smell of vomit on his breath. He must have apologized every ten seconds; “Wade, I’m sorry; Wade, I’m sorry.”

There was no doctor on duty so the emergency-room nurse called Dr. McCall, our family physician, who was finally reached on the golf course. She told me that he ran from the eighteenth tee to the clubhouse telephone. “Are those lintheads fighting again?” he asked her. “It’s not dark yet but it is Friday so I guess they’re getting an early start. I’ll be there in a few minutes.”

After he examined me and regained his composure, Dr. McCall took my parents, who had just arrived, into the hall. Later, Pop told me what the doctor said, his exact words: “Mr. James, do you have any idea what a weapon like the one your boy was shot with can do to human flesh and bone? I pray that we can save his leg. We’re rushing him by helicopter to the USC Medical School in Charleston where the senior surgeon on the staff will work on him. The folks there will keep him stable till tomorrow morning, when the surgery will be done first thing.”

At six the next morning, I got the anesthesia for the surgery. A few minutes later, as I was being wheeled into the operating room, I saw, as through a fog, my parents smiling at me. Later that morning as I regained consciousness after the operation, my parents were waiting beside my bed. Mama leaned over and kissed me on the forehead, her eyes welling with tears. “Son,” Pop said, “you’ve been hurt bad, but the surgeon is optimistic. He thinks you’re going to be all right, but he won’t commit himself. Whatever the outcome, you’re going to be in this hospital for a while. You know that I’ve never been a praying man, but I’ll be one now. And the first thing I’m going to pray for is good aim so that when I shoot Birdie I’ll actually kill him.” Mama told Pop to be quiet.

We talked on for a little while, mostly with Mama naming the folks in Winnville who sent their regards. She brightened up as she recited their greetings. “You know how fast news travels in Winnville, Wade. Our phone was ringing off the hook till 11 o’clock last night. Miss Taylor sends her love to the smartest fifth-grader she’s ever taught. Mrs. Bowman, who your father thinks is the prettiest woman in Winnville, came by the house and asked us to bring this coloring book and crayons to see if you’ve learned to stay within the lines yet–because you couldn’t in the second grade.” I smiled because Pop was right–and so was Mrs. Bowman. “All your teachers this year said for you not to worry about schoolwork right now and concentrate on getting well. Lots of folks at Ebenezer Baptist said to give you their best, especially Mr. Haskell, who’s organizing a visit by the boys in your Sunday-School class, and Brother Clifton, who said to hurry back so you can resume handing out bulletins at Sunday-morning services. Right before we left home in the wee hours in a private plane, Birdie’s parents called. They’re deeply sorry for what happened. As everybody knows, they’re right well-off. They arranged our flight down here and they said they’ll pay all your medical bills. Our hospital insurance should cover those, but we thanked them. I’m going to stay here with you until you’re ready to go home–well, not right here in the room with you but in the hospital’s hospitality suite. Your father has to go back to work.”

After Mama finished, Pop said, “Wade, some of your friends are talking about busting Birdie up for what he did.”

“Please, Pop, tell them I don’t want that. I don’t think he knew the gun was loaded. This business scared him worse than it did me.”

Pop said he thought what happened was more than just boys being boys but he’d pass along my wishes. As he and Mama turned to leave, I asked them how the game came out. We lost, 13-12.

Pop was walking out the door when he stopped suddenly, came back in the room, and said: “Oh, I almost forgot; I brought you something to read while you’re laid up. It’s the journal your great-grandfather Lofton kept while he was a Confederate soldier, when he was about your age. He gave it to my father, who gave it to me; now I’m giving it to you. Be careful with it. I guess it’s fitting that you should get it now because you’re probably the only real casualty of the Civil War Centennial.”

Pop placed the satchel containing the journal on the bedside table. I opened it. The journal was actually a stack of notebooks that appeared to be leather-bound, and all looked to be about four-by-six inches in size. I opened the one on top and gave it a quick inspection. The paper was lined and much sturdier than the sheets in my school notebooks. There appeared to be around forty leaves, and great-granddaddy had written on both sides of each with pencil in a beautiful hand. The writing had faded some, but you could still see it clearly.

I didn’t start reading the journal until the next day because my head was spinning from the pain medicine. Great-granddaddy gave his journal a title. He called it Corinth and Beyond.

Growing up in a small South Carolina town in the early 1960s, sixteen-year-old Wade James is a regular teenager. An accident leaves him in the hospital for two months, however, and Wade needs something to pass the time. He turns to the Civil War diary of his great-grandfather, Lofton James—and finds himself stepping back in time.

In the summer of 1862, sixteen-year-old Lofton enlists in the Confederate Army; subsequently, he fights bloody battles at Corinth and later at Vicksburg, Mississippi. Here, he is captured and paroled and then serves in northern Georgia and northern Virginia. An excellent marksman, he is pressed into duty as a sharpshooter. In that capacity, he commits a life-altering act: he kills US Major-General John Sedgwick at the Battle of Spotsylvania in May of 1864. The revulsion Lofton feels over what he considers a dishonorable act causes him to desert.

Having recovered from his injury, Wade keeps reading the diary; the more he reads, the bigger impression the journal makes on him. In 1962, the civil rights movement is gaining momentum, and Wade realizes that he must make a difficult decision to do the right thing. With his great-grandfather’s words to bolster him, Wade makes a moral choice that will profoundly affect him for the rest of his life.

Daughtry Miller is a retired history professor with a specialty in the American South. He has published three books and thirty articles.