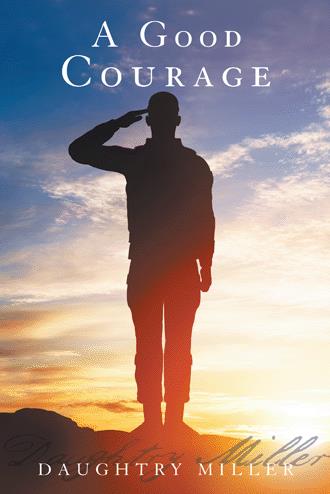 A Good Courage is the sequel to A Good Inheritance, which was published by Archway in 2013. The earlier novel describes the adventures of Wade James, a teenage boy living in a small southern town in the early 1960s. The course of Wade’s life is significantly affected by his knowledge of the wartime experiences of his great-grandfather, a Confederate soldier. In the closing scene of the story, Wade quits his high school football team because of the head coach’s brutal treatment of the team’s first black player.

A Good Courage begins at that point. It relates the reactions of the home folks—white and black—to Wade leaving the team. Following graduation from high school, Wade heads off to college, works a summer job in his hometown’s cotton mill, graduates from college, marries his high school sweetheart, serves two years in the army, returns home from overseas duty, and rejoins the civilian society. At that point, a harrowing incident alters the direction of his life.

A good Courage is a sequel to A Good Inheritance.

It is 1962 and Wade James is a teenager whose thoughts and views have been significantly affected by his great-grandfather’s Civil War experiences as a Confederate soldier. While living in a small southern town plagued by seemingly never-ending racial tensions, Wade makes a moral choice to quit his high school football team because of the head coach’s brutal treatment of the team’s first black player.

As the home folks, both white and black, react to Wade’s decision, he does his best to ignore the weasels and focus on his future. Following his high school graduation, Wade defers the draft and heads to college. While continuing on his journey of self-discovery, he works a summer job in his hometown’s cotton mill, earns a degree, marries his high school sweetheart, serves two years in the army, and returns home from overseas duty. But just as he rejoins civilian society, a harrowing incident alters the direction of his life once again.

In this historical tale, a teen who rises above racial tensions overshadowing the South during the sixties matures into an adult who continues to rely on his morals to navigate through life.

Daughtry Miller is a retired history professor with a specialty in the American South. He has published three books and thirty articles. He lives in Augusta, Georgia.