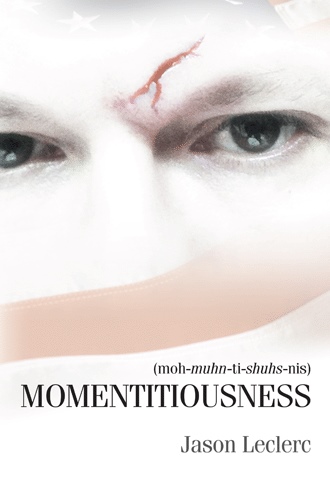 The book, ancient by his standards, wiggled its way into his clumsy hands from the bottom of a precarious pile in the back of the dusty shop. Not even bothering to parlay its contents, he was nonetheless contented by the cover, by the coarse green cloth bound and tattered, by the silent mildew which climed its spine. “The Book,” the spine read and he was on his way. After the requisite bartering that always accompanied such a find, he concluded: “We’ll take this one,” as he left a crumbled five dollar bill and a pile of lusterless change upon the counter in its place. The single-lighted door creaked as he opened it, tripping a bell that chimed once and then again behind him as he left with his treasure perched below his damp armpit.

Unfazed by the immediate transformation of his environs from dank cool wood and words to the boundless and horizonless street onto which he stepped, the immediate concern was with the trove of yellowed and creped pages that awaited his anticipatory gaze. He didn’t know that the sky was blue and that the sun was beating down upon his young skin. He didn’t know that there were pedestrians in his midst, that there were cars whirring by, that there were others watching him--reading him. He walked, head down, being read and waiting to enter the glory of words which became part of his haplessly zigging and zagging body.

When instantly the shock of his new surroundings approached him in the form of a piece of unleveled sidewalk, he tripped forward without a hint of mitigation. As his face careened unimpeded toward the hot and cracked square of concrete, his book fell from its perch and his hands—at perhaps the last possible minute—decided to take the brunt of gravity’s impertinence. His hands, bloodied by the fall, only very partially protected his face from complete devastation. A rosy abrasion welted upon his cheek, his already disheveled hair lashed directionlessly, and a scowl that matched the pain writhed through his entire body. If there could be an end to this moment, he thought, it must come quickly and with numbness.

Searching around for his book, he noticed that it, too, had been victimized by the fall. It lay complicatedly fanned out upon a stretch of grassy verdure which glistened from an earlier sun shower. He noticed the different greens as they juxtaposed themselves in a way that even the most astute modern visualist could not have anticipated. The leaves of grass were of that shade which inspires children’s dreams of green: the green of crayons and simplicity, the green untainted by jealousy or greed. The coarse green of the book’s cover was dingy and mossy, seeming not even green in comparison, certainly not imbued with the green of life within which it lay. An aged green lay among the painted green of the manicured streetscape. Where the greens contrasted, the book and grass shared their wetness, a wetness that seemed as natural to the former as it did grotesquely unnatural to the latter. The book awaited retrieval, again wiggling in a light breeze that blew the street-scented heat over a prostrate body and through rifled yellowed pages.

With abrazed hands, he pushed himself upwards. His elbows popped inaudibly beneath the weight of a thirteen year old frame as he lifted his head toward the vast sky. He paused and lifted his gaze from the ground which had consumed his leisure and pride toward that vast blueness that swirled colorlessly around him. In his suspended movement, he inhaled a breath of consternation, a reverse sigh that filled his lungs with anger and staleness; his nostrils flared with the effort. Now, looking up and down the sidewalk and side to side, his perspective rose with his body as he positioned his feet below his center and continued his upward movement. He saw calves then knees then thighs and, at once, faces of concern washing past him. Appraising his abrasions, he dusted his knees and slapped together his blood-blistered hands and finally exhaled with an exasperation matched only in severity by his anger with a body more prone to gravity than erection. His evolution complete, his hands free of everything but pain, he regained his trajectory and walked on, more determined than before to get to that indeterminate somewhere he sought.

In its place among the grass and dollar-weed, the book stayed behind, neither whimpering nor flitting in its newly-attained freedom. Mostly unhurt by the fall, it was nonetheless abandoned, a new fixture in a new context against which it would eventually proclaim a new and less dramatic independence. For this and subsequent moments, however, the book remained and proclaimed in its static postulation, a decoration: an intrusion into nature by man’s beneficence, a sullying force among an equally contrived paradise. Open to nature, the words physically connected with the leaves of grass that tickled the crunchy pages. Where no human fingers or squinting eyes had interacted with these pages for ages untold, these manicured blades of grass exacted a relationship never intended by authors or publishers or editors. As if to end the dalliance with a single blow, a pink, scraped hand righted the binding and closed the cover around the pages and words as it lifted the book into the air and placed it, again, under a sweaty armpit.

Booked and bookishly, together, they tripped their way back down the sidewalk, across the street, and out of view. 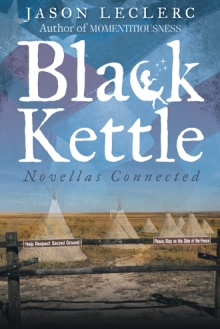 Since they first named it, attention deficit disorder (ADD) has been a marker for the American generation who came of age between Ronald Reagan and Bill Clinton, with Prince or the Beastie Boys playing in the background while the Mario Brothers and the Golden Girls battled in the foreground. Back then, education, football, and Hollywood were wrapped in capitalism and sentimentality.

Embracing distraction and fighting with concentration, Momentitiousness captures the spirit and literary needs of this generation and its heirs with its spurious connections and tangential relationships. Loosely lassoing the possibilities enabled by the digital evolution toward boundless search, this novel collection first establishes the “you” and then proceeds to obliterate the “I” in multiple dimensions.

Nibble on this new literary form—obsessively perched between collection and novel—as it wanders along a least-squares path from moment to moment, from singularity to communion. Here, find stories—from arbitrage to zombies, Chicago to Columbia, dark to energy—about love and disappointment, science and spirits, and life, death, and the undead. Feast upon this antidote to the mundane as it irreverently exalts the soul of an ADD generation like a collection of first kisses: nostalgic and sweet, sensuous and raw, tenuously related, and well wrought.

A cultural curmudgeon and brash social flaneur, Jason Leclerc is an ADD-navigating “PoetEconomist”—as he is known in his internationally consumed digital poetry space—who spends his days as an arbitrageur. The moments between trades are spent conceiving, reimagining, and textualizing the people, spirits, and ideas that effervesce from his world.