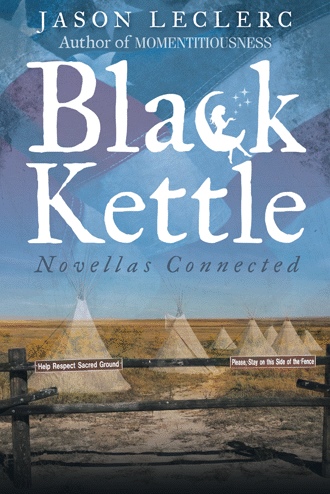 "It is the nineties, after all." The uselessly inaccurate non-sequitur tumbled out of her mouth. Her lips quivered as a follow-up threatened. Delicately, she patted her own head to collect the moisture forming above her brow. I could feel the corners of my mouth turning up into a grin that I had to stifle.
"Woman, have you bumped your head?" The attempt at crisis diffusion was immediately halted with the delicacy of granite on glass. I loved his mother at that moment as nearly as much as I love him every day. She was as preciously rambunctious as my own Momma and the only woman I had ever seen stand up to her.
"Will you please pass the gravy?" A third voice chimed in.
"White or brown?"
Not yet articulate in the ways of diplomacy, the youngster whose dry overcooked turkey cried out for anything to make it palatable, weighed his words with a wise precision beyond his years. Opting over, "I don't care" in favor of "Both, please. I love them both," he proved quite the Solomonesque natural.
Sadly, he is the neighbor's kid and had no commonality with the dominant gene pool in which this dinner was soaked. His parents had dumped him off on us as their oddly timed "romantic retreat" took them to the Caribbean over Thanksgiving break. Leaving the boy with us, the ubiquitous "gays next door," was considered better than dragging him along on this, the only, chance they'd have to be alone until Easter. Besides, we adore the kid, needed a prop to finish off the dining room setting, and must have not seemed the gay-proselytizing type. While he may one day make a fantastic homo—especially with his extraordinary smile and budding inclination for show tunes—we are just as happy that he might one day marry a prom queen as to be one. He is precious and always a joy to have in our home.
Two surrogate grandmothers, glaring at each other, reached for their own lumpy concoctions and passed them in the boy's direction. Using the same ladle to dip into the two adjacent gravy boats, he reveled in the joy that congeals in a child with unlimited gravy and no parent to urge its moderate application.
"What else would you like, Honey?" With a quick twist of her head, my Momma both toothily smiled and menacingly glared at the two aims of her attention: a sweet boy and her own rival. "I have not bumped my head and your turkey is dry." Pushing her butter–and-sugar-strewn sweet-potato casserole in the boy's direction, she added, "The driest I have ever tasted. Here Honey, pile some of this on top of your turkey. It'll make it not so blasted dry." She puckered her lips and wrinkled her nose as the word "dry" lingered over the table with more acrimony than overcooked asparagus. I remained restrained at the edge of uncontrollable laughter only by the glint of mortification in my husband's eye.
Driven, not by anything sinister, by a sincere appreciation for the candy-coated yam confection but appearing as an unwitting accomplice in her shameful game of blue-haired one-up-man-ship, he heaped a spoonful atop the now completely covered—and invisible—white meat.
Tacitly admitting that she had lost the battle over the poultry, my mother-in-love changed tactics. "Have you started thinking about which kind of pie you want for dessert? I have pecan, pumpkin, cherry, apple, and a sweet-potato pie that will send you over the moon."
"If you bake as well as you baste, you’d better have a boatful of gravy too."
"Momma!" I gasped and then nudged the stunningly handsome man to my left. He kicked my foot. Long ago, we learned to finish each other’s sentences. We could now communicate telepathically. In our shared consciousness, we were chortling.
The sound of silver against china filled the tense gaps of silence. Like a court reporter, I was taking copious mental notes in preparation for recounting every rousing moment of this meal. Clearly acquiring the penchant for drama that undoubtedly proved that I was my Momma’s son, I began retelling the story in my mind, imagining the circle of friends hanging on my every word. I scripted the sips of swirled red wine where I expected my friends would be laughing. Oh, this would be one for the annals.
It was on. In fact, it had been since the moment of their neatly choreographed meeting at the airport for this first intra-family Thanksgiving since their respective sons—we—had together bought our seventh-floor condo overlooking the Bay.
From opposite edges of Appalachia, they planned their south-er-bound flights to converge at the same time so they could meet face to face on neutral territory, not ceding a moment of additional face time with us to the other. In fact, the Hatfields and McCoys, Capulets and Montagues, or Gagas and Madonnas might have carried less pre-ordained animosity with them to their meetings. They had talked on the phone a few times in their efforts to coordinate the timing of their arrivals; relations spiraled toward and into enmity rather quickly and, not completely unexpectedly.
"Who, in this glorious creation of God's bounty, puts white gravy on Thanksgiving turkey?" My Momma’s first question of her counterpart set the gelatinous, yellow-ladled stage.
Through clenched teeth, they smiled for our sakes as they greeted each other with hugs that ensured their big hair remained big and their gold-chained bosoms maintained a five-finger distance from each other.
"Bless your heart," my Momma said to his Mother, "You smell as sweet as a Woolworth's."
Gasp! Giggle.
"Oh, Honey," his mother's voice reached through the ceilings of two octaves. "What a lovely blouse. Did they not make any in your size?"
He grasped my hand and squeezed with such unbridled strength that I could hear my knuckles chuckle.
Each grabbing the arms of their perfect own only child, they swung us and do-si-doed to maximize the opportunity to shoot hateful eye-darts at each other. 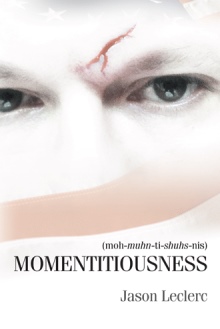 Picking up where the fragmented narrative of Momentitiousness left off, Black Kettle explores the many manifestations of hope and deceit in the human experience. This is a novella collection--sweet, sensual, sadistic, and sullen--where independently complete stories burst forth with playful vigor, featuring heroes and antiheroes alike.

Using the true story of Black Kettle--a peaceful Cheyenne Indian chief, who was gruesomely slaughtered in the 1860s--as a metaphorical backdrop, the text builds on the ambivalence inherent in hypocrisy. More than blood and guts, sex and postapocalyptical musing, Black Kettle derives its power from an understanding of both the human mind and the human soul.

In the novella Black Kettle, witness the moments immediately preceding, during, and after two galactic earth-shattering events. In Trayvon, observe young men as they discover the shifting tangents connected by sexuality, love, and family. Finally, in The Nola Trilogy, watch carnal pleasure morph into sentimentality, heartbreak, and eventual rebirth.

Jason Leclerc is an internationally renowned poet, blogger, filmmaker, and political columnist. He stands out amongst a brash generation of cultural critics, as concerned with form as he is with quality storytelling. The author of Momentitiousness, he weaves words with whimsical precision, warmth, and humor.