Danger from Fifty Feet Below 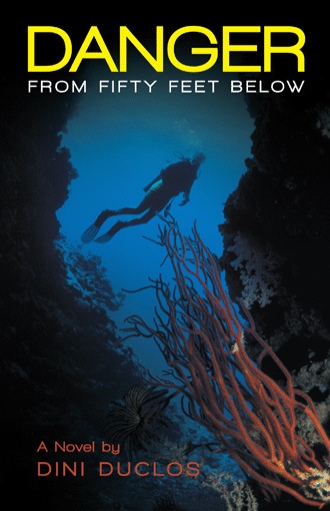 As Carol and I landed at Kona Airport, I pray that Liz and Marc are ready at the Marina and have launched the boat as we had planned. We grabbed our two small pieced of luggage as soon as it hit the carousel, raced quickly out to the cab line and looked for the cab Liz had arranged. We only waited a few minutes as we knew the others were getting off the plane. We did not see the car that we were told to look for so I stepped into the road and hailed one. The driver stepped out to take the luggage, but I waived him back into the car as we tossed them into the back seat. As we jumped inside, I tersely told the driver, “I”ll give you an extra $100 bucks if you can get us to the Marina in ten minutes.”

“No problem sisata” said the driver whose usual greeting of the tourist with a huge smile disappeared as he focused on traffic. He quickly cut off several cars and a taxi and got on the main road out of the airport, hitting the pedal to the metal, as we say. We bucked up and true to his word we are hitting speeds of up to 50 mph before we even leave the airport road. After cutting off several cars and getting the traditional finger from the other motorists, we screeched into the Marina. I had seen another care trying to keep up with us an figured it was our enemies. I called Liz o the cell. “We’ll be there in 30 seconds. We need the boat ready to take off ASAP. We have thugs on our tail.”

The driver dropped us off at the launch platform and I gave him his fare plus the $100.00 as we leaped from the car with our luggage. We threw the bags on the boat and helped Marc toss off the mooring lines. Liz had the twin engines warmed and ready to go. At full speed we could hit 40 miles an hour, if the water was smooth. We blasted out of the marina as fast as we could without endangering anyone, clearly stretching the harbor speed limit. My hope was that our hunters would not have quick access to a boat or the launch area. As we started out it looked like we might have made it. So I took a moment to catch my breath and reflect on how this all had started. It didn’t seem possible that a simple dive trip could now have us running for our lives. I began to think on how my relatively calm life had been changed by the fact that I learned to scuba dive and home come to love diving. I had no idea that this was going to happen in my lifetime. 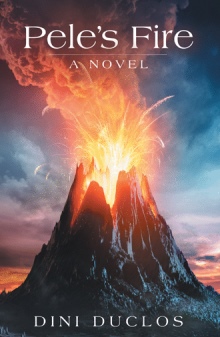 After living more than twenty years in the dreary Pacific Northwest climate, my friend Carol and I headed to the Caymans. This trip proved to be different than any other, as it marked the start of a new phase of my life underwater. With pristine water, beautiful fish, and intricate coral at my fingertips, I officially caught the scuba diving bug. As I reveled in the glorious undersea world and one dive turned into several hundred, I had no idea that my relatively calm life would soon be tossed upside down while on a trip to Kona, Hawaii.

The excursion began so innocently. I spotted an unusual rock during a dive in Kona, stuck it in my pocket, and forgot about it until we returned home. Suddenly, strange events began to occur as I handled my “special rock” and shared it with others. Perplexed, I began researching the rock—not knowing that very soon, Carol and I would be running for our lives, pursued by higher-ups at a large pharmaceutical company who wanted what we had and were willing to do everything in their power to acquire it.

This fast-paced, deep-sea adventure shares the story of an intriguing find from Hawaiian waters and how it changed my life forever.

Dini Duclos is a master scuba diver, the highest non-professional PADI skill level. Her writing is inspired by her years of diving and experiencing the secret beauty of the underwater world. Now retired, she lives in Federal Way, Washington, where she serves on the city council.