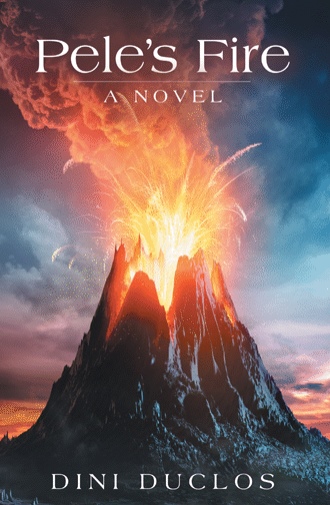 Captain Liz replied that what Sheila heard was true. And, yes, there was a rock with her passengers, and when they cleared the reef, it was tossed over into eighty feet or more of water. Then they headed back to see if there were any crash survivors. Unfortunately none were found. The boat was in a twenty-foot towering blaze of fire as the gas line erupted. The local coast guard cutter showed up shortly after and cleared the area of any other boats and started spraying antifire guns into what remained of the boat that was burning on the surface. They also put divers into the water to see if they could locate any bodies but were unable to find any.

Captain Liz went on to relate that the mainland divers who had found the rock found themselves being followed by persons hired by a medical company located Stateside. She learned that the company was offering a huge sum of money to anyone who brought the stone back to them. Her opinion was that the company would do anything to get control of that rock. She cautioned the girls that if this was truly the same rock, they needed to put it somewhere it would never be found, given what had happened in the past. Anyone involved with the medical company would do anything and pay anyone a fortune to gain control of the rock. The captain added that if anyone asked her about this conversation and anything about a rock, she would deny everything and call them all crazy. The four of them sat in silence trying to determine if the story was real, and, if so, what they should do next. They knew the rock could really heal people, but where did it come from, and why is it here? If people in the dive boat tossed it into water that deep and that far away from town, how did it make its way back to the shore? Sheila wanted to ask more questions, but the captain told them she had already said too much and politely but firmly said it was time for her to feed her cats and for them to leave. The captain also said she did not want her name mentioned to anyone and then paused for a moment. Sheila thought to herself that the captain had a frown on her face when she asked if they were really sure that the men they mentioned were following them. Both girls shrugged their shoulders and said they couldn’t be 100 percent sure, but they both had a very strange feeling. At that the captain advised that they needed to be very careful and make sure that the rock was in a very secure place. The captain looked at Tom and asked his role in this little escapade. He shrugged his shoulders and said he was the designated driver since he had a car. He added that the whole story seemed wild when he first heard it. The captain asked what changed his mind, and he told her about Sheila cutting her hand with a knife and watching it heal in an instant. The captain shook her head and told them all to be careful and watch out for one another and to find a really secure place to hold the rock, as mankind surely was not ready for its powers. She added that it sounded like the company that wanted the rock would do anything, and she stressed anything to get hold of it. With that, she stood up and pointed them to the door and reminded them to be watchful and not to mention that they had met with her. If word got out, she might be in danger also. With that, the three of them rose and headed to the door. As they started to leave, the captain loudly thanked them for coming but added that they needed to go to the marina to charter a boat, since she was no longer in the charter business. To stress her point, she gave them a couple of boat charters to contact. The three thanked the captain for her suggestions. 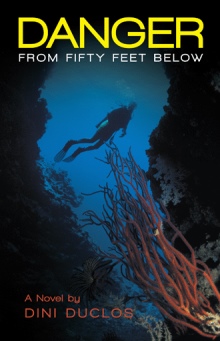 Sheila is picking up shells and other treasures one day after high school with her friend, Lani, when she stumbles onto a pretty rock wedged between two larger rocks on a Hawaiian beach. After she and Lani manage to pry it loose, they both sense it is no ordinary find. Later that night, Sheila places the rock next to her nightstand, feeling a strange yet undeniable attachment to it.

After summoning assistance from her biology teacher the next day, Sheila cannot help but wonder if the rock has magical powers, especially after her mother retells the story of an unusual rock find years ago in Kona. As Sheila and Lani embark on a brave yet curious quest to unravel the mystery of the rock, the girls are led to a university lab in Hilo where they learn a shocking truth that soon places them in danger as they attempt to learn the truth about a seemingly ordinary rock that may not be so ordinary after all.

In this exciting adventure, two high school girls set out on a probing journey to discover the history—and possible magic—behind their strange Hawaiian beach find.

Dini Duclos is a master scuba diver, the highest non-professional PADI skill level. Her writing is inspired by her years of diving and experiencing the secret beauty of the underwater world. She dives in Hawaii often and has fallen in love with Kona on the Big Island. Now retired, Dini lives in Federal Way, Washington, where she serves on the city council.