You Had to Be There 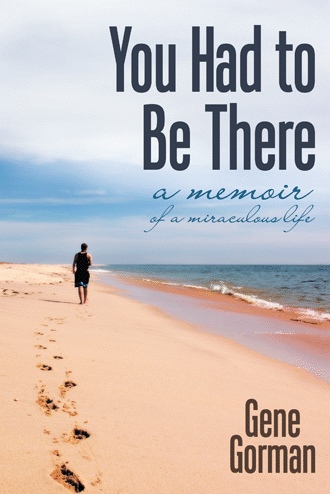 Follow this remarkable comeback Story, from the Jungles of Viet-Nam, divorce courts, mental wards and Alcoholic Detoxes of Virginia to the Showrooms of Chrysler, Corporate Boardrooms of America, before becoming one of the most successful sales and management consultants and Used Car Dealership owners in the country. Anyone who has ever encountered struggles in life will be inspired by this remarkable, hilarious and sometimes tragic true story of an average man’s success journey.

The Cafeteria was filled that night as I was about to be discharged from the State Mental Hospitals Alcohol treatment Unit (ATU). Every Friday Dr. Petersen, the head internal medicine Doctor would have a “Bon Voyage” type farewell for the patients who were going to be leaving. Before being discharged patients would have to “share” with the others what they were going to do different to ensure they stayed clean and sober. They usually would talk about going to certain 12 step meetings, changing friends or housing, always followed by “making sure I take my Antabuse every day.”

Dr. Petersen was a good and patient Doctor who had saved many lives with his compassion for treating alcoholics, at a time when most Doctors would just give them some tranquilizers and “write them off”. You can’t really blame them, for honesty is a missing piece in the world of active alcoholics and who wants to deal with people they can’t trust. It takes a special Doctor who understands addiction and has realistic expectations.

Antabuse is a drug that you take with the knowledge that you will become violently ill and perhaps even die if you drink alcohol while it is in your system, so the logical brain would say…don’t drink. It is strongly encouraged by the good Doctor and almost everyone commits to taking it before they are discharged. In fairness it has worked to buy a little time for some, before they take that first drink, but usually is not a long term solution. In my case it wasn’t even a consideration. I would not be taking it and I let the good doctor know.

Before long it was my turn to be put on the spot in front of the entire group of perhaps 50 to 60. As usual I had tried to become the “coolest” guy in the mental hospital and since I was a veteran of this particular unit, I felt I was somewhat of a celebrity as far as detoxes are concerned, in fact there was still a piece of pottery on the wall of the place from my previous hospitalization’s art therapy class. “Michelangelo has returned” I drunkenly barked, upon entering the door for my second visit, to the raised heads of the other “nuts” in the unit, before falling over the day room sofa and passing out. My old friend Jim the lawyer was also in for his second trip and he quickly explained to anyone who would listen,” You want to know what a real nut looks like, here he is.” He always took great pride in just being an alcoholic and not crazy like me. I mean , after all he was a lawyer and I was a lowly car salesman.

It’s a thin line that runs together between alcoholics and the mentally ill. All I know is a drunken alcoholic looks the same as most drunken mental patients. There were certainly no babies being born in this hospital.

Since it was my second time around the ATU, Dr. Petersen had tried hard to convince me to take

the Antabuse, all to no avail. I guess he felt he would try to embarrass me into taking it as a last resort.

He spoke “Now members of the community (he liked that better than patients), we have one of our

repeat members, Gene, who is about to be discharged, who refuses to take Antabuse and this is his

second time here, Perhaps he would be willing to share with the other members of the community why

he refuses to take it.” I sat silently for a moment, eyeballing the audience and at the same time relishing

the attention and then I spoke. “Dr. Petersen, with all due respect, you may be the only person in this

room who doesn’t know why I refuse to take Antabuse”, and then sat down. Within 2 days I was back

on the street stealing wine. 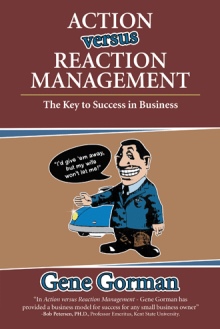 From the jungles of Vietnam, to divorce courts, mental wards and alcoholic detox units of Virginia, to the showrooms of Chrysler, to corporate boardrooms of America, You Had to Be There shares the hilarious and often tragic life story of author Gene Gorman.

In this memoir, Gorman narrates how he overcame a host of struggles, including addiction to alcohol, before becoming one of the most successful sales and management consultants and used car dealership owners in the country. From his birth in Brooklyn, New York, in 1946, to meeting his life-saving mentor, he offers details of his financial success journey based on how he followed the simple principles of fairness and faith in God.

You Had to Be There provides a true account of how Gorman, an average man, overcame personal failure to achieve unlikely success. It offers a message of hope to others who have faced life’s challenges fueled by circumstances beyond their control, poor decisions, or any type of addiction.

Gene Gorman has been a sales and management trainer and consultant for some of the largest corporations in America including AT&T, General Motors, and Cox Broadcasting, before becoming one of the largest independent auto dealers in the country. He currently resides in Punta Gorda, Florida.