The Key to Success in Business 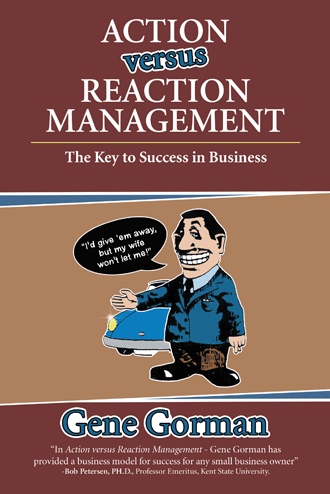 My First Sales Team and a “Rude Awakening”
After returning from the jungles of Vietnam, as a young Sergeant in the U.S. Marines and spending the first few years home, staying drunk and crazy, I then settled down and with the help of some good people started a serious career in sales. It didn’t take long for me to become the top sales person for one of the largest New Car Dealers in the country for thirty straight months, leading to numerous awards as well as National recognition. I was then offered a New Car Sales Manager position.
Based on my Marine Corp experience in combat as a squad leader and platoon guide, I was excited to get back into a leadership role. I also assumed my “Team” would be excited to follow the program I had designed to achieve my own success. I had given a name to my personal selling system after observing my peers who seemed to just hang out waiting for something to happen. I called it “Action versus Reaction” selling. Armed with my new excitement I was anxious to build a team that would carry them all to a new level of success. I guess you could say “I was pumped up”.
It didn’t take long for me to realize the success of most of my sales staff seemed to be more important to me then it was to them. I knew there were always going to be the “top achievers” that were going to be successful regardless of who the leader was, but the average or below average guys would surely want my message of success. The rude awakening I experienced after becoming a Manager became a personal challenge. It was then that I knew I would have to come up with a plan on how to get them to rise to a new level of success. But first let’s diagnose the problem
Comfort Zones and How to Get Out of Them
There is a long held theory called the “80/20” rule that suggests that 80% of the sales in a product sales business are produced by 20% of the salespeople. After first hearing that assessment I decided to do my own study as it relates to Automobile Sales. In most cases I found it to be pretty accurate. The next question I needed to answer was… why is that the case?
While travelling the country teaching Salespeople and Managers from all kinds of different industries and looking at their production numbers, it became obvious the 80/20 rule is somewhat relative in any other field as well. Could it be that 80% of the people in the world are, by their nature, follower type people and 20% are leaders? With everything being relative, I surmised that would mean 80% of the athletes, doctors and lawyers will be followers in their respective fields and 20% will be leaders. Sort of like a wolf-pack where there is an Alpha wolf and the rest take on a tail drooping, subordinate role in the pack.
Of course that didn’t sit well with me, since my role was to take all of my client’s sales teams to a higher level than they presently are achieving. Based on numbers it became obvious that talented sales people, as well as managers were doing far less than they had the talent to do. Why? I like to refer to it as their personal “Comfort Zone”. In other words, whether they were sales people or managers, they were doing all they needed to do to be comfortable. The question then becomes how do I get them out of their comfort zone and do it in a positive way. But first I had to ask myself, what the obvious difference between Leaders and Followers is.
As I interviewed numerous Top, as well as average achievers, it was apparent the leaders all had more of one particular quality- Intensity. Then I had to ask…”What breeds this intensity”? I came up with two key differences between the leaders and followers. Number one was Need- in other words, a salesperson with a spouse, home and 2 kids will generally be more intense than a salesperson that lives at home with their parents or has income from a different source, other than their present job. Number two and perhaps the most powerful of all breeders of intensity-Ego. Ego, in business and particularly as it pertains to a salesperson, basically means, how they see themselves as they relate to the rest of the team. Consequently, leaders will somehow develop a personal “System” of success to satisfy their need and ego and keep them at the top of the success ladder. These folks will probably be successful where-ever they are and generally make up the bulk of the 20 % leader types. So how can we get the entire team out of their “Comfort Zone” and take the “team” to a higher level of success. That was my challenge. The birth of the Action versus Reaction Management system was created to generate intensity to take the entire team to a new level of success.
One thing was certain, discipline and systems of control are going to be imperative for any business to succeed, but this isn’t the Marines, so the systems you put into place have to take into account the challenges of motivating people to rise to their full potential when they have the option of walking out. The truth is. “You can’t force people to do anything they don’t want to do”, so the challenge becomes, how to inspire and motivate them to want to be successful.I discovered over the years that the will to win is more important than the skill to win. In addition, as I have preached to anyone who would listen, “The Battlefields of success are littered with the carcasses of talented, yet unmotivated people”. 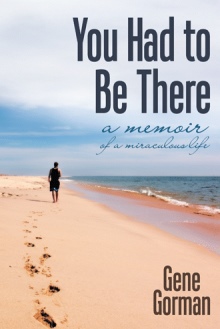 How does a guy who barely got out of high school before joining the Marines and never went to college become one of the most successful independent auto dealers in the world?

Gene Gorman tells you how in this book that is a must-read for salespeople, business owners, aspiring entrepreneurs, and anyone who loves reading an inspiring tale about an underdog who beat insurmountable odds to achieve success.

As a young Marine sergeant home from Vietnam, Gorman found himself living on the streets, addicted to alcohol, divorced, and bankrupt. It wasn’t until he confronted his underlying issues caused by post-traumatic stress disorder that he composed himself and tried selling cars.

He quickly became the number one salesperson for the fifth-largest dealership in the country. After that, he started his own training company, Gene Gorman and Associates, to teach others what he’d learned.

Gene Gorman, owner of Gene Gorman & Associates, a training company, has been a sales and management trainer and consultant for AT&T, General Motors, and Cox Broadcasting, and other leading corporations. He also leads one of the largest independent auto dealers in the country. He was retained by Old Dominion University to teach a “Boots to Business” course for returning veterans on how to start a business. He is also the author of You Had to Be There, which is a memoir of his miraculous life. He lives in Punta Gorda, Florida.