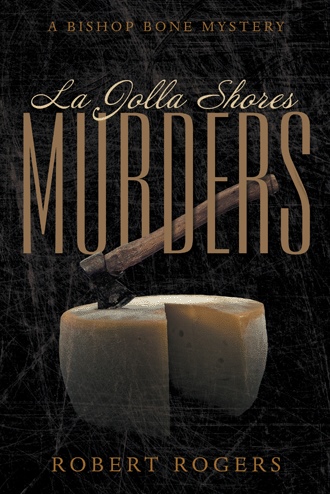 Margret lay sprawled, face down, across the threshold of the outside garage door, a pool of blood under her face. What was worse, the hatchet was embedded in the back of her head; her ungodly black wig twisted askew. Luther dropped to his knees to check for a pulse he almost certainly knew wasn't there. His head drooped forward. Like him, my eyes were transfixed on the sight of Margret lying there, dead. "Margret," he said in a whisper, his hands resting on her back. "Oh, Margret." Someone's unrestrained sobbing got my attention. It was Cindi, crying her eyes out. I hadn't seen her come up. I backed into the hall and called 911 to report that Margret Christensen had been murdered and gave the address. Someone urged Luther away from the scene. We followed him into the family room. All were white-faced, wide-eyed and without words. Vivian suddenly appeared and tried to console Luther where he had taken refuge on a stool at the breakfast bar. A few others did the same, all to no avail. He simply sat there mute, with his head bowed; no tears, his face blank in shock. As were we all. Except for whispered exchanges from the people standing around, the place was quiet as a tomb. Minutes ago, the woman was dancing to the Fandango with castanets, happy as she could be. Now, she was dead. I suddenly became aware of Vivian by my side. She also had the blank look people get when their thoughts try to make sense out of something outrageous but can't. The family room clock showed a couple of minutes past nine thirty. Sirens of San Diego's finest sounded in the distance. Careful not to touch anything, I hurried back into the garage for another look; a lawyer's curiosity. I hadn't noticed it before but her purse lay on the garage floor near the hall door; its contents spilled out. Robbery. Margret's body lay mostly inside the garage facing the hallway door, suggesting that she was hit with the hatchet after taking out garbage. I took a look outside. Except for the garbage cans lined up along the garage wall, I saw nothing and retreated to the family room. The maid sat, face down, sobbing at the family room table. Luther hadn't moved, just sat staring at the kitchen wall. He mumbled the word "police." Somebody told him they had been called. Burl and Tracey joined the group. Winston bustled up seconds later, trailed by Roxanne. He comforted Cindi who was still crying, Litvak was already there. Vivian told them in a whisper about Margret. I was wishing we hadn't stayed for the dessert. Burl was asking if any of us had seen anything or anybody suspicious when the doorbell rang. Some guy I didn't know ran to answer it. He returned with a black woman and two uniformed policemen. She had a no-nonsense look on her face and was almost as tall as me. Her uniform, which she had grown out of several pounds ago, was a gray skirt and white blouse. She flashed her badge. "Detective Ellen Wasserman. Where's the body?" Luther raised his head to answer, but Burl took the initiative and escorted them into the garage where Margret lay. He returned seconds later, and said something consoling to Luther who nodded. More uniforms poured in, one with a camera to record the scene. After consulting with Wasserman, three other policemen broke us into groups and began taking statements from us. Apparently no one admitted killing the woman because no arrests were made. As soon as the last of us had been questioned, we were told by Wasserman that we could go home. It was almost eleven by that time. I was tired, anxious to get to bed and relieved to be let go. "We'll be talking to most of you again," she said. I didn't figure to be one of those. I made it clear that I had only known the deceased for less than three hours. Wasserman assigned a deputy to spend the night in the house, as a precaution should the killer still be lurking around with mal-intent. Luther tried to talk her out of it, but she refused. * * * * Vivian and I spoke sparingly during the drive back. "Sorry it turned out like it did," I said. "Too damn bad." Without looking at me, she said in a whisper, "Yeah. I don't know if I'll go to any more." Not to one of Margret's for sure. I fumbled around for something to say but came up empty. "We've known each other for years. It's always fun to catch up on everybody's news. It does get tiresome listening to people talk about their damn grandchildren. Don’t they have lives of their own?" She didn't have any, I reminded myself. Most people who didn't had nothing to talk about and felt left out. I mumbled agreeable words. "You know what I tell clients who ask me if they should have children? They take it for granted that I have some." I asked what. "I tell them at the very best it’s like being in a minimum security prison for about seventeen or eighteen years, give or take a few. At the worst, like when you have a bad kid or one with a disability, it’s like being in a maximum security prison for the rest of your life or until something fatal happens to the kid, whichever comes first." I didn't argue. From what I'd heard, most women who hadn't had children secretly wished they had and a lot of women who had, secretly wished they hadn't. 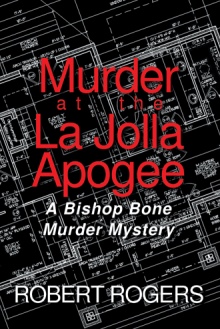 A “Bury the Hatchet” party in a wealthy enclave north of San Diego, California, ends with a hatchet buried in the head of the hostess. Bishop Bone takes the case at the request of ex-client, Vivian, who is actually being blackmailed. She wants Bone to solve the case before the police can link her to the dead woman.

A homeless man was seen lingering around the edges of the party, but a ring of burglars was also active in the area at the time of the hostess’s death. Suspects abound. Bone goes undercover as a homeless person to find the truth, but before he can do that a second woman—also a party attendee—is found dead.

Both corpses were involved in the recently resolved, very controversial campaign to rid the children’s pool in La Jolla of seals. The victims were also substantial investors in a medical implant company founded by Vivian’s ex-husband. Bone soon realizes there is a lot more to this matter than murder, but by then, he’s already become the next target.

Robert Rogers holds a JD from USC law school and a LLM from Tulane. He spent much of his career in the financial sector. Between books, he mangles a guitar, plays tennis, and handcrafts wooden bowls. He resides in La Jolla, California.