Murder at the La Jolla Apogee 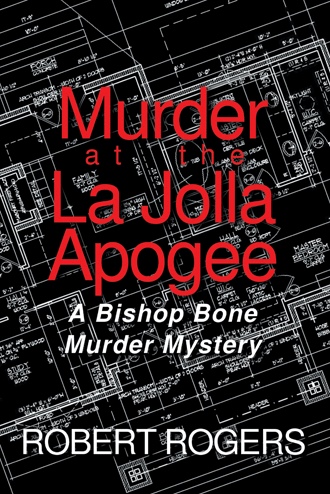 The lender borrowed money from a number of banks who didn’t want to bother with making and managing construction loans, especially loans that might not stand the light of a tight audit, but they did enjoy the profits the loans brought in.

With no other choice, Marc sent the other attorneys in the LA firm packing and began searching for smaller office space for himself as he prepared himself for the onerous chore of building a new practice. He’d no sooner begun that task when he received a call from the chairman of the board of the lender asking for a meeting. He knew of the man, but had never met him.

“Can you meet me at midnight?” the man asked and added the name of his hotel. His plane was getting in about that time. He had some business he wanted to discuss. Marc agreed to meet him in the cocktail lounge of the hotel.

When Marc told his wife, Anne, about the request, she said, “Midnight! That’s ridiculous! Why didn’t you tell him to drive out here tomorrow? Did you tell him you’re busy trying to figure out where our next meal is coming from?”

Anne was a natural blond and endowed enough to catch the eyes of men walking past. She was a little over five and a half feet tall and kept trim by watching her diet and by jogging daily. She had a degree in liberal arts.

She was born and raised in New Orleans though she had no French connections. Both her father and mother had been lawyers. They died young. Marc helped Anne wind up their estate and during that exercise, they fell in love. It didn’t hurt that he occasionally used some of the French his mother had taught him.

They had a daughter, Cynthia, who had moved to New York after school to work for a public relations firm. Anne had taken up writing to stay ahead of the boredom that came with marriage to Marc. He was always out chasing rainbows or busy enjoying ones he’d caught and was away from home much of the time. She made enough money from writing to stay interested in continuing.

Marc laughed at her suggestion and said, “No, I didn’t, Anne. When God calls and asks for a meeting, you don’t negotiate.” The man was held in that degree of awe with all who knew him.

During the meeting, the man told Marc what he wanted him to do. “We’ll sell you the stock of the developers whose loans are so far in default, they could never catch up,” he said. When the attorneys closed a loan, they always took the developer's stock as additional collateral. And, when it became clear that a developer could not bring a loan current, the stock would be foreclosed on.

The chairman continued, “You’ll become the owner and clean up their problems, financial and legal, so their real estate can begin throwing off money again. Right now, they’re throwing off nothing. We’ll pass the money to our credit-line lenders to pay down our loans and eventually – that’s our plan anyway – exchange the projects for forgiveness of our debt. In effect, we’re out of the lending business but we can avoid lawsuits and possible actions by the Feds if everybody leaves the table happy. If the plan works like I think it will, we’ll get to keep many of our assets.” He punctuated that with a slight smile which Marc noted in the dim light of the cocktail lounge. Ill-gotten assets, he thought, but kept it to himself.

“Get me a one year budget for each company we send you. Our credit-line banks have agreed, with a little arm twisting, to provide enough cash to run each company you take over until you can get them in a paying status,” the chairman said.

He also said that their credit-line banks would allow Marc’s client lender to subordinate their loans to any construction loans Marc may acquire to build out a project. In effect, an agreement to subordinate would put the new construction lender in a first lien position on the project. The lender’s loans, which Marc inherited with each company he took over, would move into a second position; riskier but money from a new loan would make repayment of the lender’s loan much more likely.

Marc knew that the subordinations would get him the construction funding he needed to finish out the stalled projects of the companies he’d be taking over. He was gambling that the real estate market would turn around, which it did, and enable his company to not only pay off the construction lenders, but his client as well.

“You understand that you’re doing this on your own? You’re not an employee. Right? We never had this meeting. And, one of these days, when you clean up the messes you’re taking on, someone will call and ask you to deed the projects to various banks. I’m told you can be trusted. That’s why I’m talking to you. When the time comes, I don’t want us to end up in litigation.”

Marc never saw the man again. A few days later, he opened an office in La Jolla, California and hired Phillip Marshall, as his chief financial officer, to make sense out of the books and records of the companies they took over. When Marc told him to make sense out of them, what he really meant was to use creative accounting to make the assets look attractive enough to convince a bank to lend them money. 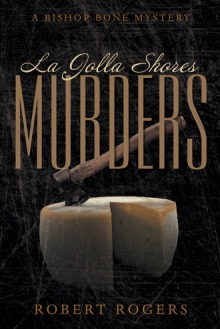 During real estate boom times, risks are overcome by ever improving market conditions. When the boom ends, as so often happens, lenders can get stuck with half finished projects and no ability to complete them. Lenders then sell the projects at a loss or hire someone like Marcus Flint to “work out” their problems, which is easier said than done.

Flint is a recently diagnosed diabetic when he dies suddenly from a supposed seizure at the grand opening of the Apogee development in La Jolla—one of those “work out” projects. Bishop Bone is asked to write Flint’s memoir, but he soon comes to believe Flint’s death was actually murder. This realization could get Bone killed, as powerful people do not want the truth revealed.

Details of Flint’s memoir have the power to expose those involved in the Apogee development and, possibly, in Flint’s death. To stay alive, Bone has to continue his investigation while ducking the project’s developer, terminated employees, Flint’s brother-in-law, jilted husbands, and yes, even Flint’s widow. Who knew real estate development was so dangerous?

Robert Rogers received his JD from USC, his master’s from Tulane, and his BSEE from Mississippi State. He practiced law in California until retiring to write books. As an attorney, Rogers accepted “work out” cases from lenders like the highly fictionalized one in his book. He lives in La Jolla, but like Bishop Bone, owns a second home on a river in Mississippi.