Memoirs of an Angel

True Stories of Service through Love 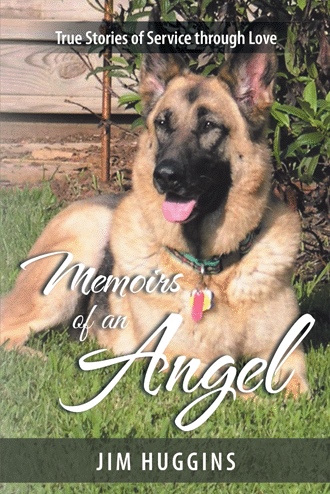 MEMOIRS OF AN ANGEL

Just because you had a bad past,
doesn’t mean you can’t have
a great future.

There’s nothing trite about having a purpose in life. In fact, having a purpose is the real secret to living life with a focus, a determination, and a relentless passion that makes every day more exciting and challenging than you could ever dream! But I think most of us have a hard time finding our true purposes, much less realizing that we have a destination other than our couch, which is conveniently located directly in front of the big-screen TV (or computer or mobile device or…never mind, I’m sure you get the idea.) This is due, at least in part, to a highly successful industry known as entertainment. Between the technologies that enable it and the stories it tells, getting lost in the daily lives of our favorite characters is easy. And getting easier every day.
I know because I’ve been there myself.
The other thing I’ve noticed is that it’s hard recognizing motion if the only thing moving is your thumb on the remote control or across a keypad as you text your life away. Like I said, been there myself. Don’t believe me? Keep reading.
They say confession is good for the soul. Well, here’s mine. For me, it was a 4-in-1 remote that controlled an entire home theater complex while I sat in my Lazy-Z-Boy recliner (with built-in heat and massage, of course). It also had cup holders. Really, it did. Two of them in fact! Only one person could sit in the chair, but you could drink two beverages at once. Go figure. I wound up using the second cup holder to hold my remote.
Imagine that, everything at my fingertips—literally. A drink, a remote that controlled everything in my known universe, a massager for when reclining for long periods became uncomfortable, and a heater for when I got cold (from too much ice in my drinks, I suppose). All the comforts of home. Wait a minute, what am I saying? This recliner was my home! Which is why, at a very difficult period in my life, I had a hard time recognizing that I had even started a journey. Here I was thinking I’d arrived.
To quote an old but very true saying, “Journeys begin one step at a time.” Sounds simplistic, doesn’t it? After all, who could argue with that? If you want to get somewhere, you have to put one foot in front of the other. It’s a no-brainer.
But through firsthand experience, I’ve learned that the key is not actually taking a step. It’s not about moving your feet. Otherwise walking to the bathroom or going to the grocery store could be considered journeys. They’re certainly destinations, but I wouldn’t consider either of them a journey.
What’s the difference, you ask? Follow me on this (no pun intended)…
A journey involves more than simply going someplace. It involves learning, interacting in other words, along the way. The real key to a journey is recognizing that you’ve started it in the first place, which implies you’ve recognized the fact that you’re doing more than moving from someplace to someplace else. In other words, you have more than a destination. You have a purpose.
On the journey through life, many of us have a tendency toward being distracted drivers—paying more attention to the little things along the road rather than figuring out our travel plans and why we’re doing what we’re doing. Let’s face it: life gets complicated. And we get distracted. “Squirrel!” is a common phrase in my home (thanks to Disney’s Pixar animated movie Up!).
That’s why, as we travel, sometimes it takes encountering a pothole to jolt us into awareness. They’re out there… the potholes. And they have names on them. One out there has yours.
Make no mistake about it, these potholes do some damage if you hit them hard enough. While my road had been rocky and, at times, nearly impossible to navigate, I was adept at avoiding potholes. Then, in 2002 after several years of an especially bumpy ride, I hit the pothole with my name on it. Stranded on the side of the road gave me a different and much-needed perspective, not to mention time, to think. Now, with 20/20 hindsight, I realize it was in that moment that I truly started packing my car for a journey that would become one filled with a unique purpose God had designed for me. One I had missed completely until that moment.
And He would send me the most unlikely of helpers for the most unlikely and surprising of tasks.
Memoirs of an Angel is full of stories—memories entrusted to me by a very special friend, an angel that God sent me just when I needed one. Many of these stories are simple vignettes—quick glimpses into the life I shared with this most unusual of God’s creatures. Some are heartwarming; others are heart-wrenching. A few may even seem hard to believe. But they are all true.
I don’t know where you are on your life’s journey at this very moment. You may be cruising happily down life’s road at 75 mph not realizing your pothole is just around the bend. Or you may be sitting stranded along the roadside, having just hit that pothole. No matter your current circumstances, it’s never too late for you to find purpose and significance.
All you have to do is follow God’s footprints and be open to the presence of His unlikely angels on earth.
Now let’s go for a ride. 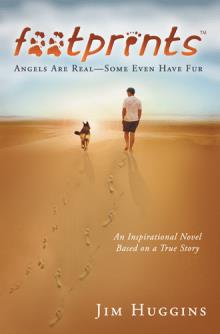 Cadie is a beautiful German shepherd who cannot find a home. Adopted and returned to the shelter more times than any other dog she’s unloved, unwanted, and lonely. Seemingly destined to live in foster homes for the remainder of her life, God decides it’s time for a change. Adopted by a man who knows what it’s like to be unloved, unwanted, and lonely, she finally has a home. But he has no idea that she will return the favor, over and over again.

In his touching narrative about the unconditional love between man and dog, Jim leads the reader through his walk with Cadie and how their reliance on each other propelled them into a unique ministry. As they help people in unexpected ways, Jim reveals how both he and Cadie not only changed each other, but also impacted the lives of countless others in ways only God could have orchestrated.

In this collection of poignant vignettes, a man and his dog discover together, with divine guidance, that there is always hope for a bright future.

Jim Huggins is a retired Air Force officer who served in the Pentagon, the Middle East, and northern Africa. He heads New Shepherd Films and holds several degrees that include a PhD in Engineering Management and a Doctor of Divinity. Jim currently resides with his wife and children in Salem, Oregon.