Angels Are Real—Some Even Have Fur 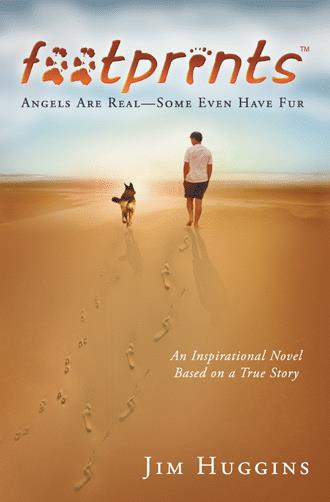 She held out the microphone, and David said, "Children get to practice their reading skills by reading to Cadie. This one-on-one environment removes much of the stress involved in a classroom full of other children."
The reporter added, "Since this program was started, we have been told that these students have not only learned to read but also caught up with their peers in less than eight weeks. This is Wendy Delvano reporting for--"
David switched off the set. "Wow! ... that came out better than I thought! Maybe I should give some thought to doing something more with Cadie. What do you think about getting her involved at church with teaching kids to read the Bible?"
"That's a great idea," Hope said. "Why don't you check with the church? I bet Pastor Fordham would love something like that!"
"I will. I'll do it tomorrow. I'll touch base with him and see what opportunities there are. In fact, vacation Bible school might be just the ticket."

David pitched his proposal to Pastor Fordham the following morning. Nodding with apparent understanding and offering a slight smile from time to time, Fordham took it all in. David, buoyed by the growing confidence in his pastor's affirmation, concluded by saying, "So, what do you think?"
The pastor shook his head. "Absolutely not."
Taken aback, David asked, "What do you mean, sir?"
Fordham, a big man with a strong ego that often bordered on being overbearing, kept pushing his dark-framed glasses up the bridge of his nose. "I simply will not allow a filthy animal in the house of the Lord."
David couldn't hide his offense at the comment. His voice rose slightly. "What do you mean by 'filthy'? She's certified to be in hospitals and doctor's offices, and she has been in schools and anywhere else any human is allowed to be."
"But not in my church. David, I had a dog once that dug holes in the yard. I put too much time and effort into my yard, and I couldn't allow that. So, I took the stupid animal to the pound."
"You do realize that dog was probably put down, don't you?"
"Not my problem. The dog was messing up my yard. She wasn't my responsibility. You see, David, animals do not have an eternal soul. They are meant to be used by us for whatever purpose we see fit, but we don't use them to proclaim the Word of God. You are ascribing a worth to this animal that it doesn't deserve. These animals are worthless."
This was the last thing David expected to hear after relaying the story of everything Cadie had done and been through. The anger surged in him, the need to defend her strong within him, but he continued to tamp it down. "This dog has helped dozens of people--"
Fordham interrupted. "I don't care. You're not hearing me."
"Oh, I'm hearing you all right. I just can't believe what I'm hearing."
The pastor put an end to the conversation by standing. "Our meeting is done today. Thank you for coming in. I would strongly advise you to reconsider the path you're on before you find yourself on a journey with a destination you're not going to like. Now, if you will excuse me, I have work to do."
David turned and walked slowly out of the office. Rejected. Unwanted. Again. 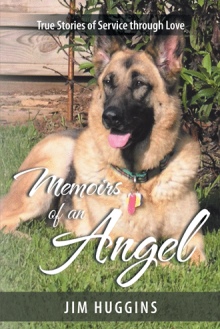 It's 1967 and five-year-old David Hyler already knows that bad things happen when his father becomes angry. His best friends are his beloved stuffed dog, Ginger, and his mother. But when his mother is killed in a car accident, David's challenges become overwhelming.

After he's sent to live in an orphanage run by his paternal grandparents, David struggles through childhood and into his adult years, comforted only by his kindly grandfather, prayer, and a deep faith in God. As David's journey eventually leads him to marry a compassionate woman and care for abused German shepherds, fate brings him Cadie, an unadoptable outcast of a dog that has been returned more times than any other. After animal and human souls intertwine, David is finally provided a chance to live the kind of life he has always longed for as he finds the healing power of love, learns valuable life lessons, and embraces the joy of being cherished.

Footprints is the inspirational and true story of the power of faith, hope, love, rescue, and redemption as a broken man who has lost everything finds a second chance with an abused dog no one wanted.

Author, filmmaker, speaker, and entertainment executive, Jim Huggins focuses on telling stories and telling them well in order to influence society in a positive manner. At a recent Hollywood summit, Variety Entertainment referred to Dr. Huggins as one of the "top entertainment chiefs" for faith and family film, TV, and digital media. Currently, he serves as the President and CEO of New Shepherd Films, an independent film production company producing faith and family entertainment for the mainstream market. He also serves as the head of New Shepherd Entertainment, a faith and family promotional and marketing venture dedicated to being a resource to independent producers, and is a member of the Board of Advisors for Valorous TV, a network focused on bold and brave films, stories and reports of courage and uncommon valor.
With a BS in mathematics, Jim began his career as an officer in the Air Force in 1984. After a string of successes that ultimately took him to the Pentagon, he volunteered for a selectively manned position at HQ US Central Command during Operation Desert Storm and continued to serve in subsequent operations in the Middle East and northern Africa. He has received numerous awards, including the Defense Meritorious Service Medal, two Joint Service Commendation Medals, and the Air Force Commendation Medal.
Presented with unique opportunities to direct his talents toward innovative technology startup companies in the private sector, Jim moved from the Active Duty forces to the Reserves. Continued success propelled him upward, with ever-increasing responsibilities, where he excelled at a global level as part of a select management team between AMR and CSX, two of the world's largest transportation companies. Along the way, Jim earned his MS in engineering and PhD in engineering management, specializing in computer and software engineering.
Jim has taught a variety of disciplines at two major universities. He served as a professor of computer science at Campbell University, as well as an adjunct professor of aerospace studies for the Air Force, teaching Islamic Fundamentalism and The Laws of Armed Conflict at NC State University.
In 2006, Jim set his sights on the entertainment industry. Recognizing the need for family-friendly films and other entertainment products with a solid faith-based message, he turned his passion for storytelling into the driving force behind a new career. By 2009, Jim had become an award-winning stage actor, experienced director, and professionally trained TV/film actor. From this, came New Shepherd Films, an entertainment company dedicated to producing faith and family content specifically for the crossover audience.
By 2011, Jim and his team released their first film, Footprints: Angels Are Real--Some Even Have Fur. Based on the reviews, audience reactions, and an ever-increasing fan base, New Shepherd Films clearly hit the target.
Jim's desire to impact the culture around him as a storyteller, goes beyond movies--entertainment extends to books as well. To this end, Jim has become a published author, with two books in worldwide release and more in the queue! These efforts have resulted in Jim being awarded a doctor of divinity degree for his work in creative evangelism.
Jim and his wife, Leslee, their kids Emma, David, and Samuel, and their rescued German shepherd, Lily, are originally from North Carolina and today, they call Salem, Oregon, their home.