Reflections on My Life Story 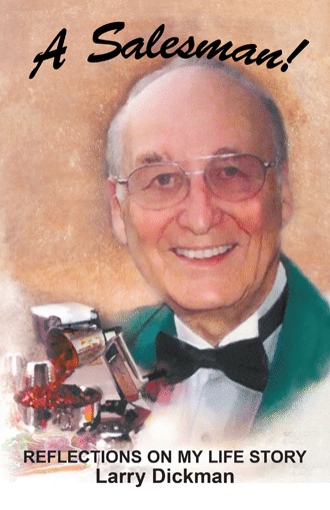 I started school at six, but never took much interest in it. The horses on the farm were much more interesting to me—and I still have a scar over my right eye to prove it. My mother, however, had plans for me to become something more than a poor dirt farmer like my father, his father, and his brothers. She wanted me to do well in my studies and make something out of my life.
For my part, however, I was perfectly happy to walk with my father behind the plow. After all, my grandparents were farmers, so why shouldn’t I follow in their footsteps?
My father enjoyed his beer and wine and, according to my mother’s thinking, “too much!” Rumors persisted for years that he dabbled in bootlegging in the woods behind our house—and that he had stashed quite a bit of cash in various hiding places. But I was very young at that time, and it wasn’t something I would have noticed—if it was even true.
My mother was a short, petite woman who had come from the French part of Canada, and had been placed in a Catholic foster home at a young age. When she was a teenager she ran away and came to America. No one seems to know how she met my father. And if she ever told me about it, it went in one ear and out the other.
Mother also wanted me to join the local church, and even encouraged me sing in the choir as they practiced for an upcoming Christmas program.
My audition, however, didn’t go so well. The only song I knew was Dad’s old drinking song, “The Beer Barrel Poka.” So when they asked me to sing something up on stage, I let loose just as I’d heard my father do it.

And that was that.
The end of my singing career.
Red-faced and angry, my mother came up and jerked me off the stage, scolding me profusely. And she never asked me to sing again.
I can’t really blame my mother for her simmering anger over alcohol. My dad’s drinking got worse and worse as the days went by. He was in the bar almost every day, spending what little money we had to live on and coming home drunk.
Then came the day when she’d had enough, and her French temper reached the boiling point. Finding a sledgehammer in my dad’s tool chest, she walked to town with it, intending to find the tavern where my dad had been spending all his time and money.
She found him, all right. True to form, he was sitting and drinking with his buddies.
Setting down her sledgehammer at the front door, she went in to deliver her complaints to my dad, the bartender, and whoever else would listen. She tried reason at first, arguing that a man couldn’t go on spending money on booze when his family didn’t even have enough to live on.
The bartender made two mistakes.
First, instead of listening to her reasoning, her tried to shut her up and send her home. His second mistake was trying to manhandle her and escort her out the front door. She went out, all right. But grabbing her sledgehammer she stormed right back in like a streak of lightning.
The first thing she went for was big sheet of glass covering the bar. A few strong blows sent a shower of glass shards across the room. Next came the bar mirror.
By this time, my dad caught up to her and pulled her out the door. From then on, my father’s drinking partners gave my mother a wide berth when they met her on the sidewalk. The bartender, never wanting to see that scene repeated, told my dad he was no longer welcome at that bar, and had to do his drinking somewhere else.
On another occasion my father went to my uncle’s farm to get a load of hay to haul back to our little farm, using a team of mules and a hay wagon. Now, if you know anything about mules, you know that they can get a little stubborn. And this time was no exception. My father got as far as the dirt road that ran by my uncle’s farm, and the mules suddenly decided they had gone far enough. No amount of coaching, cussing, or pleading could persuade them to move.
My father, however, wasn’t about to let these mules get the best of him. The problem was, he’d already drank a few too many beers, and wasn’t thinking very clearly. The way to get those stubborn animals to move, he decided, was to—literally—build a fire under them. The mules did take a few steps forward, but Dad also came very close to setting his load of hay on fire.
Still determined to be the boss, he asked my mother to bring the car over and park it in front of the mules. Attaching ropes to the bumper and to the mules, he pulled the animals, hay wagon and all, back to the farm.
But that turned out to be a bigger mistake than the fire. From that day forward, the mules would have nothing to do with him. If he even tried to approach them, they would kick him head-over-heels. Apparently, he had won a battle with the mules, but ending up losing the war.

Larry Dickman’s story began on a small farm outside of Hammond, Minnesota, where he was born in 1934. When the family moved to Oregon, Larry’s mother grew tired of her husband’s nonstop drinking. She gave her son a choice: Come with her and his sister or stay with his father.

He made the wrong choice by staying with his dad, but things brightened up at a church social when he met Elaine Rogers, the girl he’d marry after serving a few years in the U.S. Navy.

Becoming a family man meant paying bills, and he stumbled into selling cookware. At first, he made $50 for every set of cookware he sold, and he felt rich. From there, it was on to selling sewing machines and cars before he joined Saladmaster. In this memoir, he shares critical lessons for sales professionals, including how to:

Fifty years in direct sales has given Larry exciting lessons to share for professionals in all fields. Get ready to be delighted by the adventures of A Salesman!

There are a few special people in the world who have lifted themselves up from modest beginnings to special, rewarding lives based on faith, integrity, and happiness. This book shares life lessons and wisdom from one of those special people who has, in fact, changed lives.

Larry Dickman began his career in direct sales in the 1950s. He became a Saladmaster Cookware dealer in 1965 and was also a part-time pastor. He remains active in Saladmaster as a trainer and motivational speaker with a Grand Master/Elite dealership. He is married with three sons.