For the Love of the Ocean 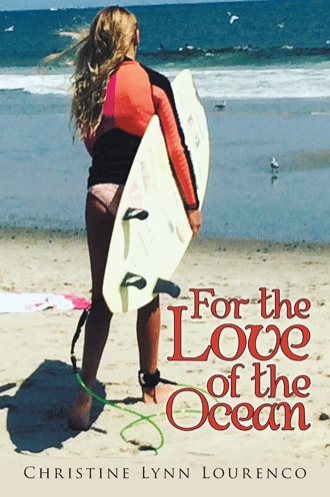 Mel and I jumped into my Jeep and picked up Mercer, Chase, and Ronnie and we all headed over to Martin's. Chase and Mercer of course went right to the bar when we arrived and ordered beers. Mel and Ronnie headed over to the lounge area and sat on a sofa getting all snuggly and cutesy. I sat next to them and just watched them for a moment. Those two were so in love. Since Ronnie worked with both Mel and me too, and we went to school together in the same major, I had gotten to know him better. He was so good to Mel and I was happy she found someone wonderful. My thoughts shifted to Brad. Brad was coming later after doing an earlier shift at the bar where he worked. He switched his schedule around to party with all of us since it was one of the last times we would be doing this altogether before our real lives began and school days were over. I cared and didn't care that he was coming. I don't know why. Maybe I was afraid to find the love like my parents had only to have it end so suddenly and I never really gave him a chance. It gave me some comfort that my parents had died together. I don't think either one could've survived without the other. I looked around the bar and couldn't help but think this was all getting too old. And I was getting really tired of watching Chase hook up with various girls every weekend. I guess you could say I was jealous. I knew I kind of was but I didn't want to believe it. Like now, up by Mercer and Chase at the bar, there was a girl by Chase's side already. It was Amy.

Yes, surprise, surprise, Amy was here too not that she shouldn't be she was graduating too. She was up at the bar hanging out with Chase. I swear she was like shark after her prey. Chase kept looking over at me as if he wanted me to rescue him. I could not help but notice how good he looked tonight. He had on a button-up Billabong white shirt with khaki shorts and Vans. He was looking over at me as if he wanted to talk to me about something. It was just a feeling I got in my gut. I smiled at him but he kept that serious look on his face. Sam's words were still ringing in my ears. Did Chase's heart belong to Amy? I just could not imagine it.

Chase knew it was now or never. School was done. He was done playing scared with Summer. He needed to make his move. I just have to find the right time to do it thought Chase as he half-listened to Amy and her friend. Mercer could sense the tenseness in the air coming from Chase too. He knew why. Chase didn't have to tell him. It was obvious. Mercer laughed inside a little at it all. He knew what he had to do.

I told Mel and Ronnie I would be right back and walked towards the bar where they were to order my one drink that I was going to allow myself to have for the night since I was driving and had already had a drink before dinner. I really went up by them not to hang out but to see what was going on with Chase. I ordered my drink and while I waited for it I couldn’t help but think that Chase should just end it once and for all with Amy. But, who am I to talk, I was stringing Brad along. At least tonight was the night though that Brad and I would finally come to end. Mel was proud of me for finally putting that behind me. I could not wait to get it over with but was dreading it too. I hated conflict. Chase did too which is probably why he couldn't hurt Amy's feelings...unless there was more to his feelings for her.

Amy's friend pulled her to go to the ladies room once I arrived by Chase and Mercer. She was always avoiding me. The bartender handed me my one drink...a margarita on the rocks with salt (again) and I took a sip. I love margaritas. That's when Mercer said he had a brilliant idea.

"You guys should start dancing and acting like you are together if you know what I mean", said Mercer looking at me and Chase. "It will finally give Amy the hint and she'll leave Chase alone".

"Oh my God, that's perfect!" screamed Chase. "I need to get that girl off my back. I made out with her like twice in the past five years and she still won't leave me alone".

I downed my margarita. I don't know if it was my nerves or what really came over me. My head started to spin a little since I wasn't used to drinking and now technically had two drinks in my system. I saw Amy coming from the bathroom with her friend. Chase and Mercer grabbed my arm and dragged me out onto the dance floor to follow through on Mercer's plan.

Little did I know what was coming next..... 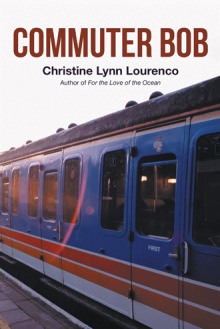 Summer Wright grows up an only child in Avon-by-the-Sea, New Jersey, an affluent town situated next to the Atlantic Ocean. But when she is sixteen, Summer’s idyllic childhood is transformed into a nightmare when her parents die in a car accident. Stricken with grief, she turns to her friends for comfort and help through the remainder of high school and college.

Chase has been Summer’s friend since she was born. Their families have always vacationed together and the teens share a love for night surfing. Although both sense there is something deeper under the surface, neither wants to pursue it for fear of losing their friendship. During college, both Chase and Summer date others. But just as college is ending and Summer is facing a big decision about whether to stay in Avon-by-the-Sea or move for a job, Chase finally gets the nerve to tell Summer how he really feels. As Summer struggles to understand her feelings for Chase, she must learn to trust her heart, for it never lies.

For the Love of the Ocean is a nostalgic tale of romance, self-discovery, loss, and new beginnings as two childhood friends face a monumental turning point in their relationship.

Christine Lynn Lourenco earned a Bachelor of Arts degree in Communication Studies from Montclair State University. When she is not writing, Christine is working in Human Resources, raising a teenage daughter, shelling for sand dollars, and surfing. She lives in New Jersey with her husband, daughter, and two dogs.