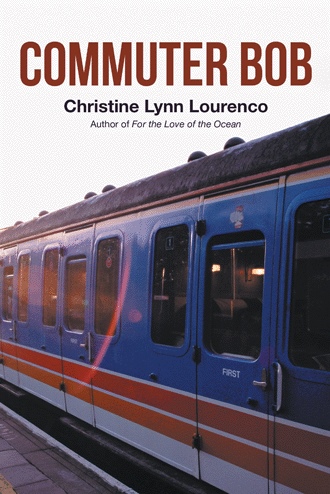 Personal space—maybe you haven’t heard of it? I know there are a lot of people out there who have no idea what it is. And trust me—after riding the train to New York City every day, I speak from experience. Sometimes, you end up sitting next to someone dramatically overweight. They take up almost both seats, but at least there is a reason why. It’s worse when you sit next to someone who just “decides” to take up both seats.
Today on my morning ride, I had the pleasure of sitting next to one of those people who have no idea what personal space is. The first half of the ride was spent with this guy sleeping on my shoulder, despite my constant elbowing and saying “Excuse me.” The most uncomfortable moment, though, was the fact that he was also practically sitting on top of me. I mean what the hell? There is such a thing as two seats here, not one and one-half for him and a half for me. Here I am scrunched up against the window, barely able to lean into the back of my seat without rubbing into this guy. In fact, I was sitting so close to the window that I wished it could pop open and I could jump out. I thought about getting up, but you know how that can be—if you get up, you get no seat at all. Besides, it’s an hour-and-a-half-long train ride to New York City and I am exhausted.
To make matters worse, the commute home yesterday uncovered the same problem. This time, the person chose to read a newspaper and every time he would turn the page, his elbow would reappear in my face. I mean, can you not see how close you are to me? Can you not see that you are about to hit me in the face with every page turn? I tried to do the squirm-around-try-to-get-comfortable-in-the-seat move to give him the hint that he was on top of me. Nothing worked! When he got off at Newark, New Jersey, it was like a weight lifted off my shoulders—and I mean that literally!
Respecting personal space … not so much during a commute.
**
So, if you haven’t guessed, my name is Bob. Bob Henley is my full name, to be exact. I’ll admit it, I like to complain. I can’t help it. Commuting gives me enough drama to last a lifetime. I am neurotic and get annoyed easily. I drive my wife—and anyone who knows me—crazy with my complaining, but trust me when I say that commuting will drive even the best of us to go off the deep end on occasion.

I am married to a terrific lady named April and I’m a father to two beautiful children, Jake and Haley. Whenever I describe my wife and kids and use adjectives, I can’t help but feel like I am on the game show Wheel of Fortune. Did you ever notice how the contestants always introduce their significant others with adjectives? For example, “My name is Mary, I am married to my terrific husband Jim and mother to our two amazing children Paige and Ryan.” It’s like those contestants can’t be on the show without outdoing each other with adjectives. The next person will then say, “My name is Brad and my partner in life is the supportive and beautiful Joanne.” Brad had to make sure he outdid Mary. Now I have to outdo Brad and Mary and talk about my two amazing kids. My son is the handsome and energetic Jake, who is eight years old, and Haley, my beautiful and adorable daughter, is seven. I know they are close in age, but what can I say except it was a busy couple of years!

Oh, and did I mention I am also the writer of the most popular blog in New York City? It’s all about the joys (and I mean that sarcastically) of commuting. It shares the trials and tribulations of what it’s like to commute to work from New Jersey into New York City. Every day is an adventure, and I like to articulate that almost daily. The beauty of the blog is that no one knows who “Bob” is. They have no idea it’s me … an average guy in an average job. “Commuter Bob” is actually quite famous. Whether I am on the train or subway, grabbing a bite to eat or walking to work, everyone is discussing what Bob said today on his blog. Everyone is also trying to figure out who he is. There have been articles in the New York Times, the New York Post, the New Yorker Magazine, and tons of other publications profiling Bob. Russell Jacobs is one of the writers for the New York Post. He has been trying to catch Commuter Bob in the act forever. I even saw him on my train line a few times looking around doing investigative reporting. I guess he is a good reporter to go to that level of pursuit, but he hasn’t caught me yet. In fact, no one can solve the mystery, but they all enjoy reading and relating to the antics of a daily commute. 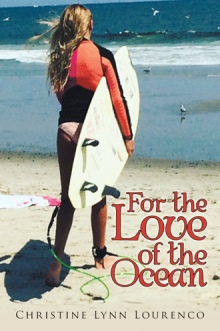 For the Love of the Ocean
Christine Lynn Lourenco
$14.99

Bob Henley is a self-proclaimed complainer. By day, the married father of two is a Human Resources professional. At night, he is Commuter Bob, a popular blogger who is famous for shining a pessimistic light on the pains of commuting from New Jersey to New York City. None of his five million Facebook followers knows what Bob looks like and he is determined to keep it that way.

As Bob shares an array of complaints about those who share his daily commute on the train, he humorously describes the erratic behavior of the arm swingers, the unwritten code of silence loyally adhered to by commuters, what it is like to be squished like a sardine in a can, and the agony of train delays. While Bob continues on his journey to stardom, a journalist who is tirelessly working to break his anonymity is never far behind—or so he thinks. Now only time will tell if he can maintain the secrecy behind his posts.

In this lighthearted tale, a mysterious man blogging about the annoyances of his daily commute to New York City must attempt to stay one step ahead of a journalist determined to reveal his identity.

Christine Lynn Lourenco holds a BA degree in Communication Studies from Montclair State University. She is a published author who has also written the beach read “For the Love of the Ocean.”
Christine has always had a passion for reading and writing. When Christine is not writing, she is working in Human Resources, raising a teenage daughter, and can be found at her home on the Jersey Shore. She spends her free time shelling for sand dollars, photographing her husband and daughter surfing, and spending time with her family at the beach.
Christine lives in New Jersey with her husband, daughter and two dogs.