Tell Me You Want Me 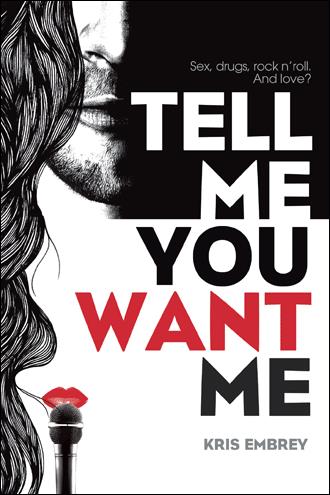 “Gina, Stan is an old friend and he came to see the show the other night and he asked about you. I told him we’re done after next week you would be able to do the tour.” Lex said, very excited. He was excited that I could be touring with one of the biggest bands in music and it was the doorway to a lucrative singing career, but he insisted that I needed get myself ready for them, as Stan put it, “Go put on a slutty little number.” Explaining that I didn’t have such an outfit, Lex insisted we would need Carl’s help. Lex was yelling for Carl, who came running from behind the stage. Lex insisted to Carl that he needed all of magic powers and that included his inner positive gay, knowing that he had to be in there somewhere, and if he could pull him out for a few minutes to help find me some slut clothes and stat.
Carl with a confused look on his face, was looking me over and stated to Lex that when he saw me he didn’t see slut. Thinking to myself; thanks Carl, maybe you’re not as evil as I thought you were. Lex hearing none of it, told Carl to hit every x-rated store by the theatre. Broadway was loaded with sluts or us shops and he wanted Carl to find something that said, “I just fucked the entire band,” but to stay away from the hooker reds and to buy anything in black lace, or something tragic like that.
Carl with his marching orders, Lex’s credit card, and very pissed off demeanor, headed out for the forever slutty stores that lined Broadway.
Lex shaking his head, “God knows what he will bring back for you.”
Lex was in a panic to get me ready and wanted the makeup trollop, Gloria, as I typically referred to her, to come out of the gossip session in Hilda’s office and to bring the make-up chest. Gloria strolling out with her it’s not eleven-thirty face on, was informed to make me look like I was either dating or fucking Tin Garden. Gloria unbeknownst to her, was not given the background story of said comment, but did decided to inform me of her sexual desires for the lead singer and things she would do to him given opportunity. (How vivid) Lex interjected her over imaginative dramatization and said, “Well you may get your wish they are coming here today.”
Gloria was in a frenzied rush to get my make-up finished upon hearing that exciting news, told me that she needed to get her own ready to fuck face done. Mentioning Jesus, dying, and blow-jobs all in the same sentence.
Carl had come back from his shopping excursion and had a look of pride with the outfit he had selected. His picks contained a black pushup bra, a leather mini skirt with a rhinestone skull embedded that was accessorized with rips in the sides to show one’s personal business. If you could actually call this a skirt was stretching it a bit, it looked more like a Halloween cocktail napkin. That was bad enough until he showed us the shoes he had purchased, which were thigh high pleather boots that only a S&M dominatrix would ever appreciate. Lex without hesitation inquired where the whip was, “Jesus Christ Carl, I want her looking sexy, not screaming I just came from Paddles.” Lex looking at the clothes and said, “Fuck it, I didn’t spend my entire life in the theatre that I don’t have a few tricks to pull out of my ass.”
Carl giggling, “Thats not the only thing you have pulled from your ass.”
Lex took the tragic outfit and said, “Come Gina dear, and Carl can go fuck himself like he usually does on a Friday night.”
We went to my dressing room and I took off all of my clothes and was standing there in my bra and panties. Lex took notice of my body and complemented me and asked if I stopped eating bagels with cream cheese. It was actually stress weight from the play, but thanks for noticing I thought. Lex took the tragic skirt and had me put it on and no matter which way I stood, it was exposing my personal business. I had no choice, I had to put on some black granny underwear. Looking at myself in the mirror, I looked like a slut ready for some action. Lex took an oversized top and did some draping on me that kind of cleaned up the look and made it doable and less tragic.
After I got into the costume, Lex told Gloria to hang back to wait to meet “whatever the fuck his name is,” after I was finished with my audition. Lex had Hilda grab a Tin Garden album for me to study the lyrics printed on the sleeve, as I made my way out to the stage. I was reading the lyrics when Lex walked us over to where Stan was waiting. Stan took me to meet Rick Roland the guitar player of the band. He was tall, good looking, with beautiful brown eyes. Rick said, “Hello Gina, nice to meet you.” I was reading the album sleeve when Stan walked me over to the lead singer, Sebastian Roland, Rick’s brother and Gloria’s fantasy man. When I looked up and saw him, our eyes locked tight and I got hit by a thunderbolt that vibrated electricity around the room and I couldn’t take my sight off of his deep penetrating blue eyes. The only sound I could hear was my own inner voice saying; wholly shit this guy is hot. This man was stunningly beautiful, with shoulder length dark hair, and had the face of a Greek God. I heard sound again when he said, “Hey what’s up?” 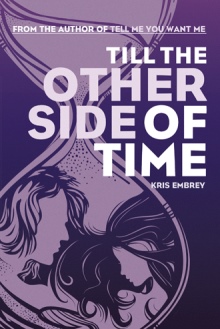 Nineteen-year-old Gina Kelly is used to working hard for everything in life. Despite her challenges, Gina has dreams and one of them is to become an actor. One day when she sees an ad in Playbill for open auditions, she heads to New York where she surprisingly secures the lead role in a Broadway production. But little does she know that acting on Broadway is just the first step in what is about to become an adventurous new life.

The play is ready to end when Gina’s theatre director introduces her to the manager of one of rock’s biggest bands. He is desperate to find a backup singer before the band goes on tour and Gina is thrilled when he hires her. The chemistry between Gina and lead singer, Sebastian Roland, is instantaneous. Unfortunately, Sebastian is a married, pill-popping addict. As the group sets out on an adventure fueled by sex and drugs, Gina quickly falls in love with Sebastian. But when his drug use escalates, Gina is forced to make a decision with the power to change her future once again.

Tell Me You Want Me shares the tale of a young woman’s journey of self-discovery as she follows her dreams to New York, falls in love, and realizes that she is the only one in charge of her destiny.

Kris Embrey has had a love of music for as long as she can remember. She studied music engineering and worked for Dick Clark as a runner for his music production company. Her professional career has included working for various television productions, such as the American Music Awards and the Academy Awards. This is her first book. tellmeyouwantme.com Twitter: Kris Embrey @kris_embrey